In the viral video, the group of men could be seen on a boat, smiling, laughing and pointing at a shark being dragged by a rope behind a fast-moving boat. 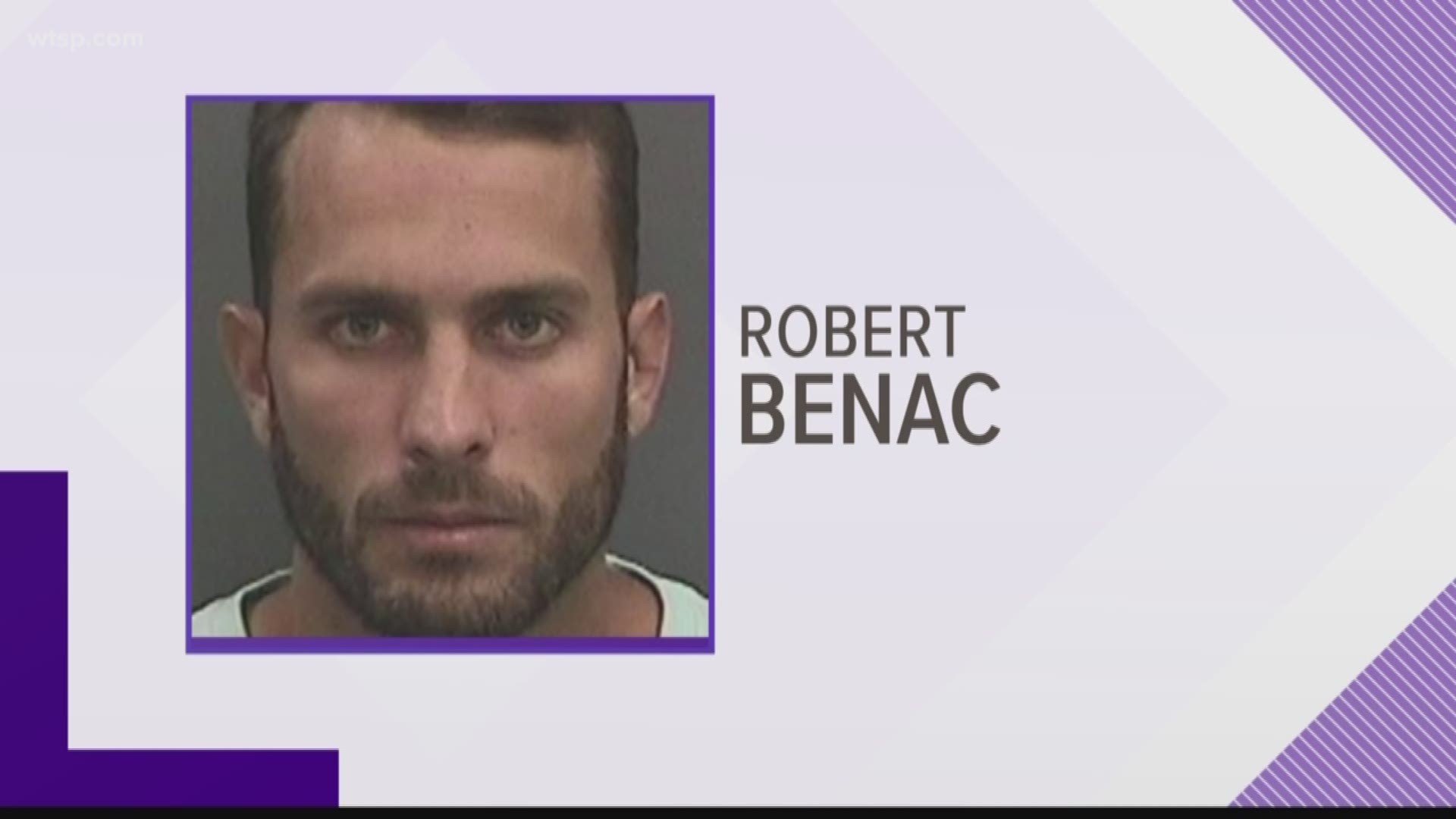 SARASOTA, Fla. — The second man charged with dragging a shark behind a boat in 2017 took a plea deal Thursday.

Michael Wenzel, of Palmetto and Robert Lee Benac III, of Bradenton, are each charged with two felony counts of aggravated cruelty to animals and one misdemeanor count of violation of rules relating to the Florida Fish and Wildlife Conservation Commission.

In the viral video, the group of men could be seen on a boat, smiling, laughing and pointing at a shark being dragged by a rope behind a fast-moving boat.

Robert Benac pleaded guilty to animal cruelty and breaking Florida Fish and Wildlife rules. In exchange, he will serve 10 days in jail and will then be on probation for 11 months. The weekends can count as some of his jail days.

Benac will also need to do community service at an animal shelter. He told the judge he expects to start his jail sentence this weekend.

He originally held out on the plea deal when Wenzel accepted the plea on June 18.

Wenzel's plea deal included accepting a plea of guilty in exchange for 11 months of probation, 10 days in jail, which he will also be allowed to serve on the weekends, and 100 hours of community service with half with an animal shelter.

His Florida fishing license will also be suspended for five years.