'She could have caused catastrophic damage': Woman accused of making dozens of pipe bombs

A woman from Wimauma was arrested, accused of making pipe bombs. 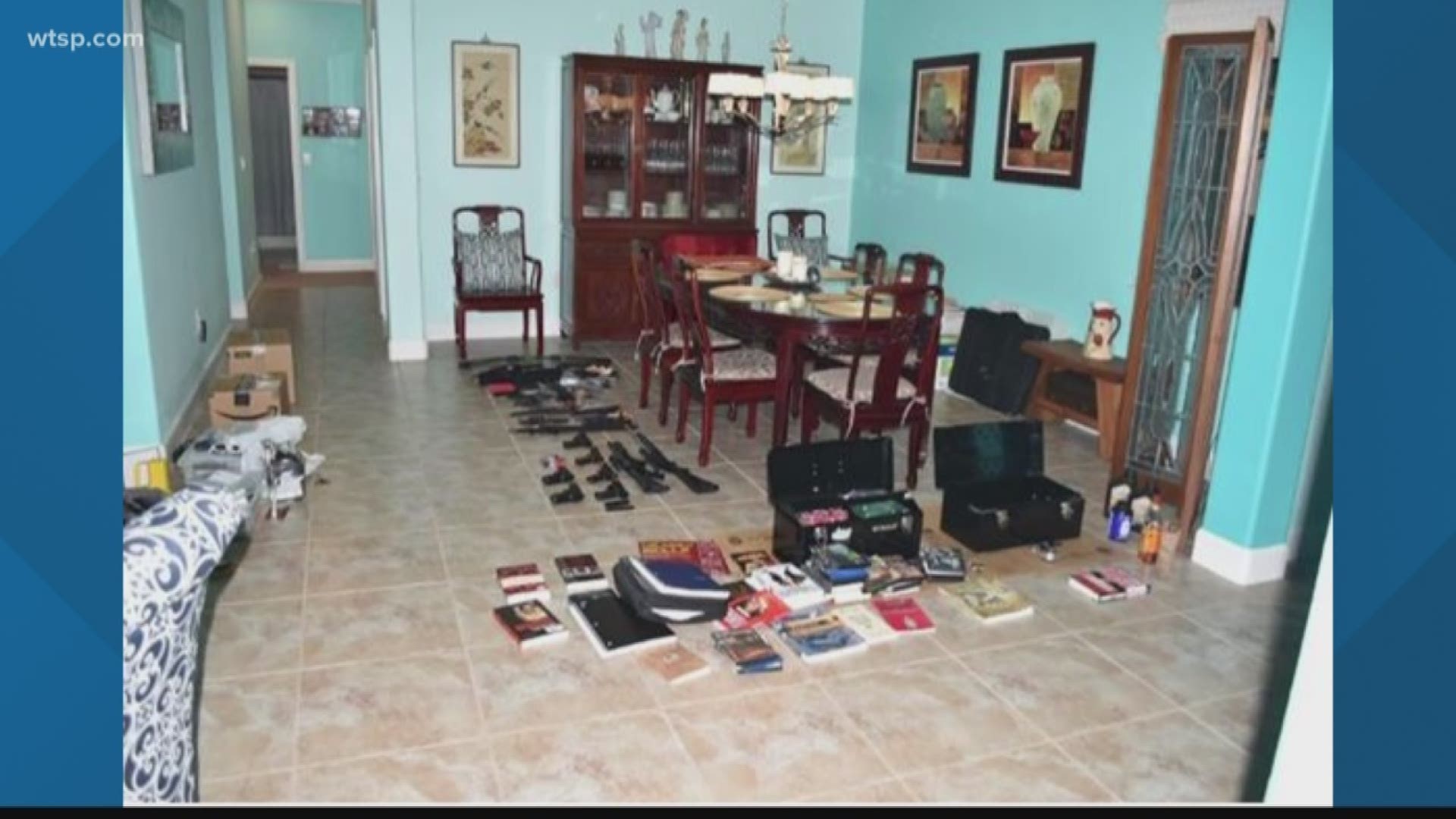 WIMAUMA, Fla. — She had enough bombs to kill hundreds, maybe thousands of people in less than 60 seconds.

That’s what Hillsborough County Sheriff Chad Chronister said after deputies Thursday arrested a Wimauma woman. She was someone who had been on their radar since last year, according to Chronister.

Michelle Kolts, 27, was found with a "significant amount of pipe bombs and materials," according to Chronister.

“The amount of highly destructive materials we found in her home were astonishing,” Chronister said.

Investigators with the ATF, FBI and Sheriff’s Office bomb squad said Kolts intended to harm or kill countless people. She was arrested at her workplace early Friday morning and charged with building enough pipe bombs to kill hundreds, perhaps thousands of people.

Chronister said her parents reached out to deputies, requesting the bomb squad get involved to clear the home.

“He said, 'I’m sorry, but I saw the stuff and I called the cops right away because that’s what I’m supposed to do.' So, he did the right thing,” Diaz said.

“Where is she getting this, all this material from?” asked Michelle Verga, who works for a neighboring family. “How does she acquire it? How does she keep collecting it?

The sheriff's office said at least 24 already-constructed pipe bombs were discovered, along with 23 different knives, two hatchets, nunchucks and dozens of books and DVDs about mass murders and killings.

"It was just astonishing," Chronister said during a news conference Friday morning. "She could have caused catastrophic damage to thousands here in the Tampa Bay community."

Chronister added he did not want to "demonize" someone struggling with mental health and remained hopeful that the parents were willing to speak up to prevent any further harm.

He encouraged others if they see something, to speak up and say something.

Chronister said the sheriff's office had received a tip from an online printing company a year ago after Kolts made a "suspicious" order. The order, he said, included manifestos about shootings like the Columbine school shooting.

The parents talked to deputies and explained she may be on the autism spectrum. After a further investigation, Chronister said she was cleared and not considered a danger to herself or others.

Kolt's parents were in the military and have been very cooperative, Chronister said.

"You can appreciate the fact these parents had the courage to call us," he said, adding how difficult it must have been for them. "It would have taken less than 60 seconds to spark those pipe bombs."

The sheriff's office confirmed Kolts did not appear to have a "hit list" of people, and her statements of wanting to harm people were "generic."

The sheriff's office was unable to release further information due to an ongoing investigation with the Bureau of Alcohol, Tobacco, Firearms and Explosives and the FBI.

She was arrested without further incident and is facing 24 counts of making a destructive device with intent to harm. A judge Saturday morning ruled her held with no bond.

Her next hearing is slated for Tuesday, Oct. 8.