DeSantis on unemployment system failures: 'My job is to fix problems'

Gov. DeSantis admits the unemployment system has been broken since 2013, but that's not stopping Agriculture Commissioner Nikki Fried from blaming him. 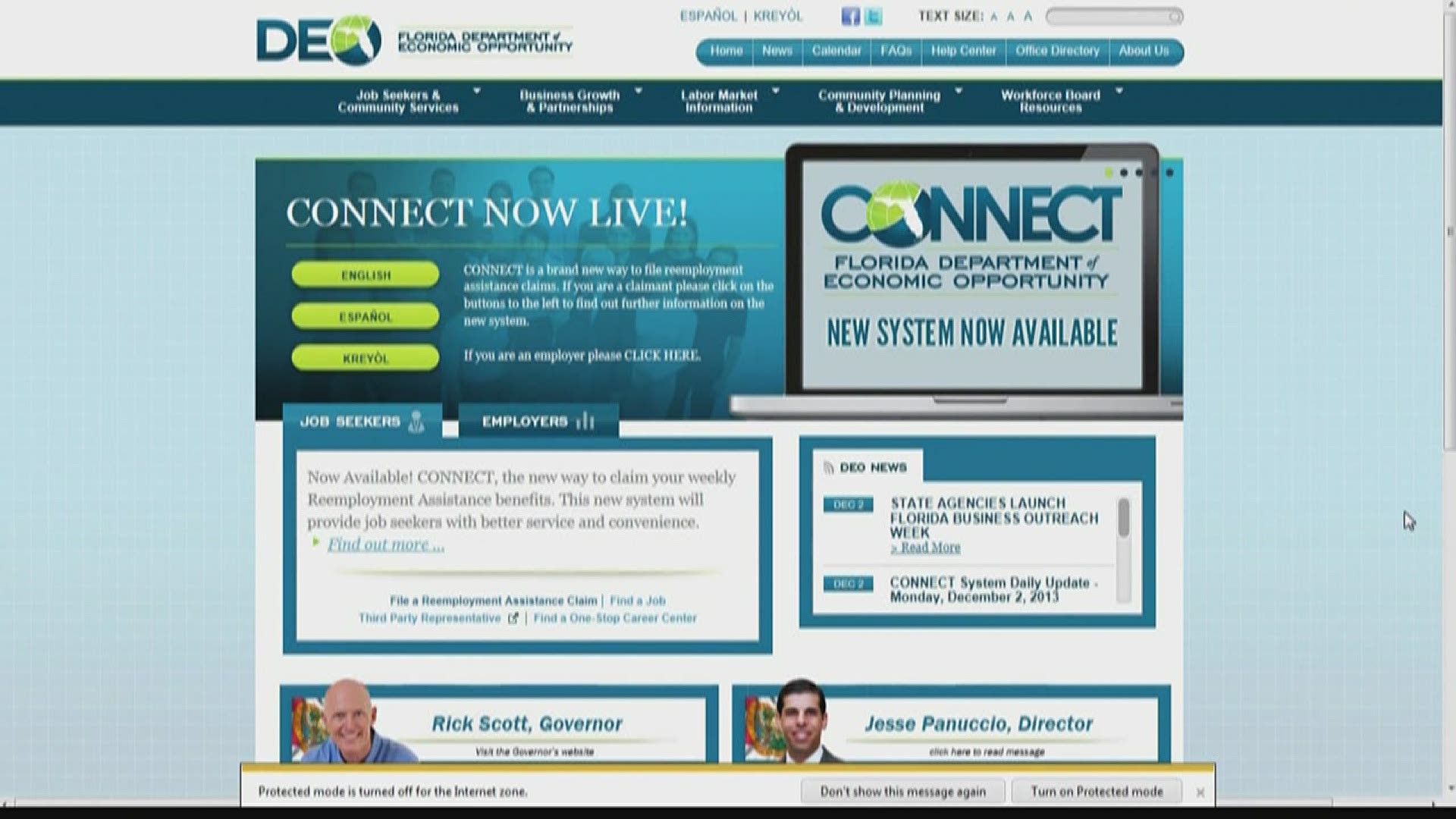 "It’s been a top priority because we’ve put so many resources into it. We know how important it is to people," DeSantis said about CONNECT, the site used to file unemployment claims in the state of Florida, one that he inherited from former Governor Rick Scott.

After many state and federal lawmakers started calling for investigations to figure out why the system was failing, on Monday DeSantis said he too would ask the Chief Inspector General to investigate how the CONNECT system was paid for, the amendments to the contract, along with other issues.

The governor's investigation announcement came a few hours after Florida's Agriculture Commissioner Nikki Fried said she was calling on Melinda Miguel, the chief inspector general to initiate an investigation after years of repeated problems.

In a letter to Miguel, Fried said, "“Despite these known failures, the Governor has not acted with the urgency or transparency that the situation necessitates."

On Tuesday, Gov. DeSantis was asked if former governor Rick Scott is to blame. DeSantis answered, "I don’t get involved in the blaming. My job is to fix problems so when things present, I’ve got to figure out a way to fix it. We’ve worked hard, we’ve made progress. We have more progress to make."

Rick Scott was not available to talk to 10News Friday, Monday, or Tuesday. We'll continue to request an interview. His office sent this statement.

Senator Scott’s focus is on making sure workers and small businesses get the help they need so Florida’s economy can open as soon as possible. Every state in the country has faced challenges dealing with the unprecedented volume of suddenly unemployed workers. The important thing is to get relief to people who need it as fast as possible.

Every leader at the state, local and federal level needs to focus every ounce of energy on solving the Coronavirus and getting the economy back open. The CARES Act boosted unemployment insurance benefits by $600 per week and extended benefits to 16 weeks. Ken Lawson and many others are working hard to address the unprecedented influx of new applicants during this crisis and Senator Scott will continue to do everything in his power to help.