Tampa Bay educators explain the lengthy and daunting process to change the curriculum. 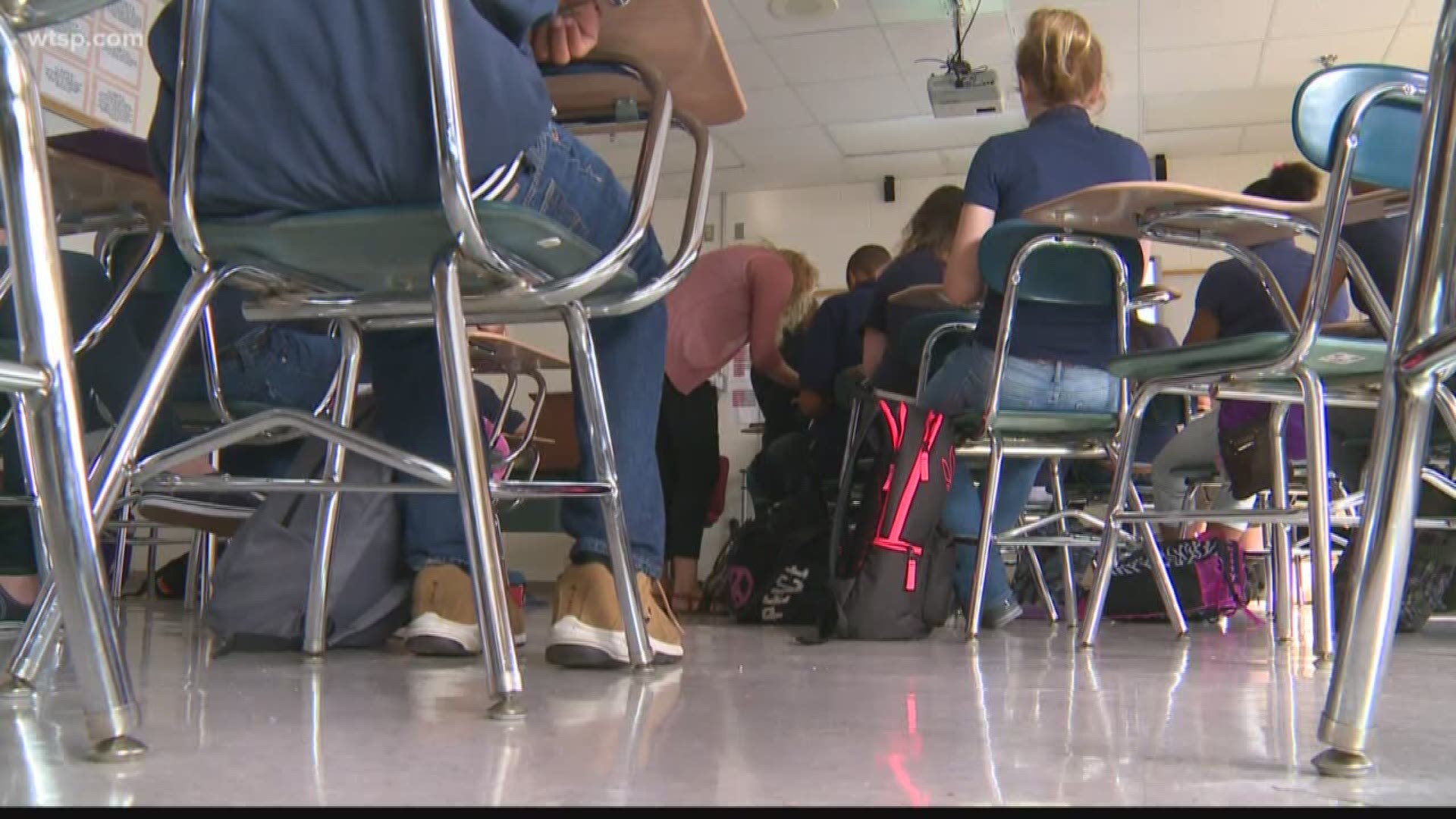 It's been a big week of potential changes coming to education in Florida.

Gov. Ron DeSantis announced his new budget and changes for the curriculum.

Right now, students learn what's known as "Common Core". That launched back in 2009. It's a set of national academic standards outlining what students should know by the end of each grade.

Common Core testing covers math, arts and literacy. By December 2013, 45 states adopted a version of it. Florida was one of them, except here it's called "Florida Standards."

The governor announced Thursday that Common Core is going away.

What does this mean for Florida classrooms?

It's going to be a process. First, the Legislature has to agree on a new curriculum, then they'll have to push that out to school districts. Resources and tools will have to be updated and purchased.

Jeff Eakins, superintendent of Hillsborough County Public Schools, estimates it will take at least three years before any new curriculum is in front of a student but he believes the change has good intention.

"We have to better prepare our students for the workforce that exists out there. We can't just be instructing students, just giving them an education that doesn't create a purposeful path for them."

Teachers union presidents are also trying to absorb what this means for their members.

Pat Barber with the Manatee Education Association said, "It's very hard to get too excited about discussions about changing the standard in Florida when we know how hard and time-intensive that is going to be for the people who are working in the classroom."

Don Peace is president of the United School Employees of Pasco.

"Where is the funding going to come from to enact this new change?" he asked. "There is already a shortfall of funding for public education in this state. Without major funding changes, the transition to something new would be all but impossible for most districts in this state."

How does the proposed budget benefit students?

The governor's proposed budget aims to increase the base student allocation by $50. That means each district will have the flexibility to do what they want with an extra $50 per student.

Compare that to last year's increase of 47 cents.

Keep in mind, this is the governor's proposed budget. Nothing is set in stone.

"It's great that that funding is a priority and we look forward to hearing what the ideas will be but we're a bit concerned about what will happen during the legislative session," said Barber.

Mike Gandolfo, president of Pinellas Classroom Teachers Association called the proposal "hopeful" but reiterates the long road ahead before any change is going to happen in the classroom.