The state of Florida passed a new law aimed at increasing security in Florida schools in the aftermath of the Valentine's Day shooting at Marjory Stoneman Douglas High School. 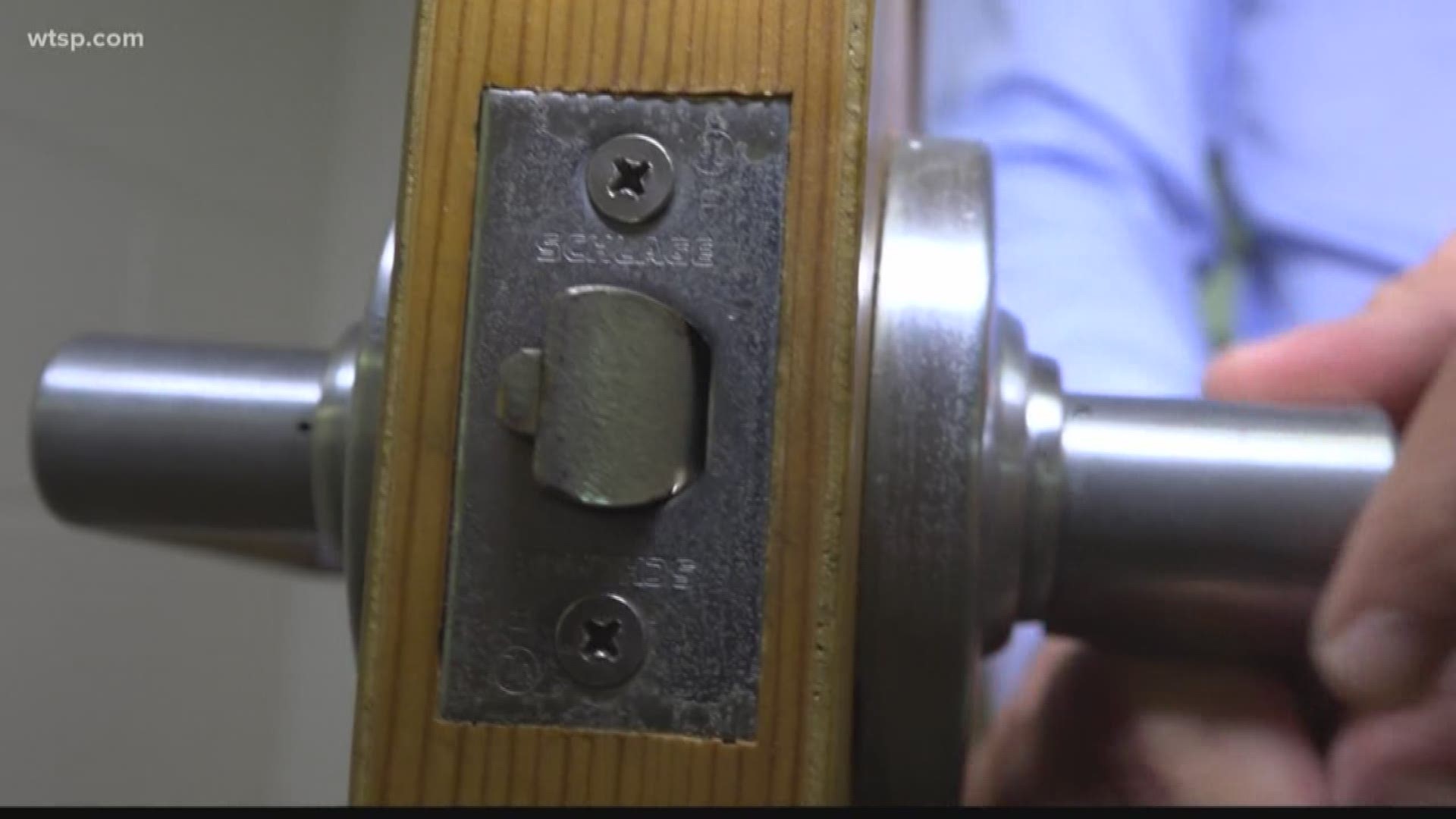 ST. PETERSBURG, Fla. -- Never before has there been so much emphasis on school security. Some Florida school districts will be scrambling this summer to make their schools safer.

10News consulted a security expert who revealed some basic changes could be the difference between life and death in an active shooter situation.

Critical Intervention Services is a private security company based out of Largo. Since the Parkland school shooting, they've had an increase in calls from schools looking to add more safeguards.

Craig Gundry is a Vice President with Critical Intervention Services. His job is to visit sites, assess risk and recommend changes. When it comes to schools, he sees the same problems over and over.

Gundry walked a 10News crew through a school and revealed the top three common vulnerabilities he sees over and over again in American schools.

Gundry explained that most schools are built with what’s called “classroom function locks” meaning they lock from the outside. It makes it difficult for people inside the classroom to easily lock the door during an active-shooter situation.

Gundry explained, “Under high-stress conditions, it requires the teacher physically open the door, reach into the hallway and be able to manipulate the key and be able to lock the door.”

The problem is under high-stress conditions, people are often afraid to even open the door, let alone, turn the key and secure the classroom.

“What we find in many shooting events, classroom doors never get properly secure and it all ultimately falls down to bad lock choices that were made in the initial design of the doors.”

Another common security vulnerability in schools is extensive use of tempered glass glazing. Tempered glass shatters into small pieces and Gundry believes one gunshot into the glass will make it easy for a gunman to enter the building. Critical Intervention Services estimates a gunman can get into a school in roughly nine seconds if confronted with tempered glass.

“One of the reasons tempered glass has historically been much more common in architectural design as well as indoor environments is because of the price. It is less than half the price typically of laminated glass,” explained Gundry.

The final recommendation is one the state of Florida has already mandated. Gundry believes armed officers are critical on school campuses.

According to him, the average response time in an active shooter situation is five to seven minutes. Having an armed officer on campus who can get to the gunman in two minutes is vital.

Gundry added, “Is it reasonable with appropriate preparations that an officer can deploy anywhere within 120 seconds? If the answer is no or maybe, it probably warrants having a second officer on that site.”