Judy Genshaft has served as the University of South Florida's president for 18 years. 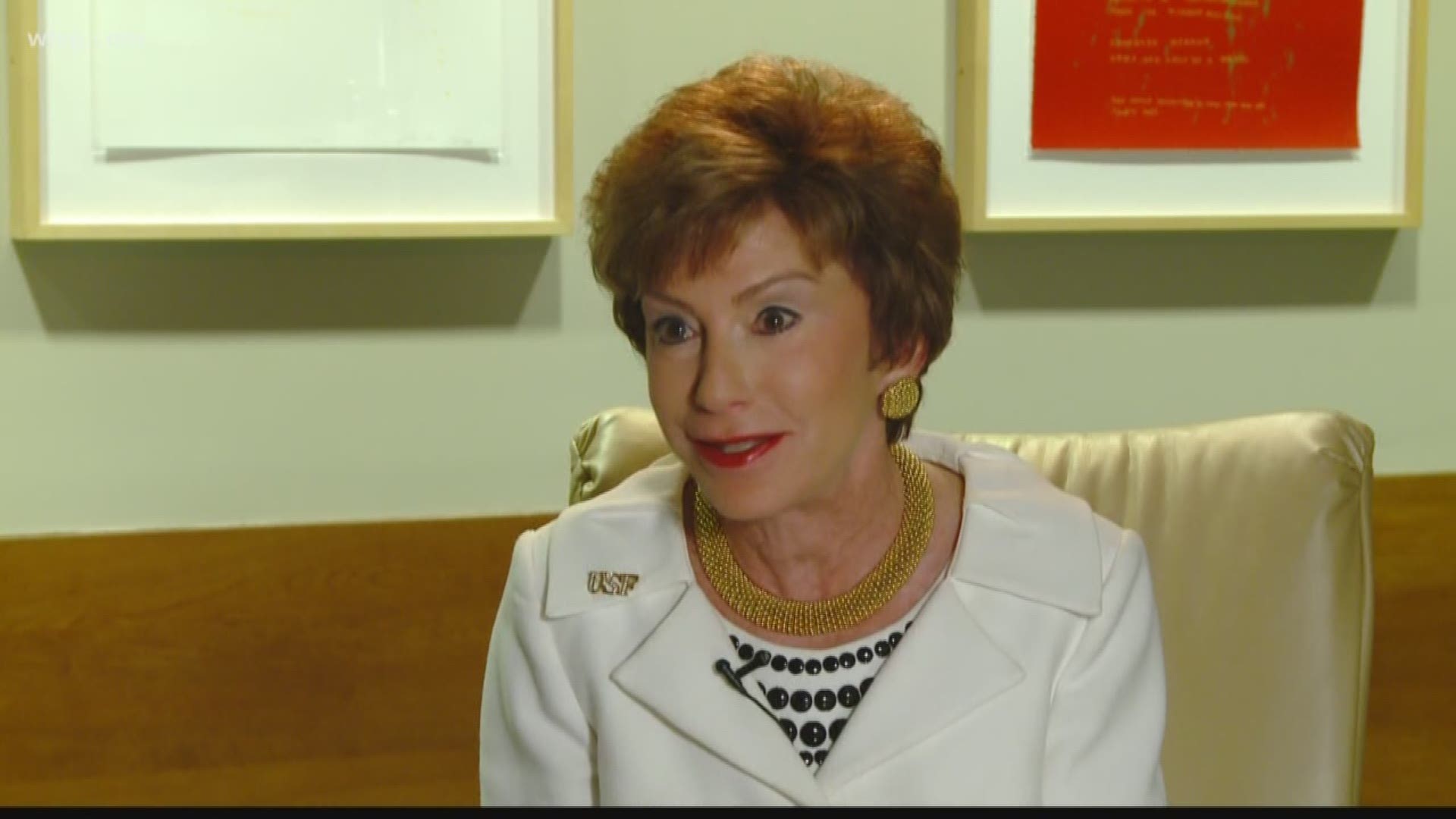 Genshaft is expected to make the announcement at 2 p.m. at the Patel Center, according to a news release. She plans to step down as president on July 1, 2019, after holding the position since 2000.

"Nearly two decades ago, this university and this Tampa Bay community welcomed me, Steve and our sons into its family," Genshaft wrote in a letter to the university community, in part. "The impact that this community has made on me and my family cannot be overstated, and we are deeply grateful.

"Thank you for your support and friendship."

Genshaft, 70, has been president for 18 years, the longest-serving president in USF history. In July, Genshaft led USF to rank among the state’s “preeminent” universities, joining the University of Florida and Florida State.

“I am fortunate to have served alongside our great president and witnessed the leadership she has provided during her remarkable tenure,” said USF Board of Trustees Chair Brian Lamb in a news release. “We are performing at a higher level than ever before, making a lasting impact on the Tampa Bay region and the state of Florida, and none of it would be possible without the visionary leadership of Judy Genshaft.

"Her legacy will be felt for generations to come.”

In 2017, USF became the third public university in the country founded since 1956 to raise $1 billion.

During Genshaft's presidency, USF said it's university's enrollment has grown by about 40 percent while its four-year graduation rate has tripled.

Related: University of South Florida unveils new logo for academics, but the internet hates it