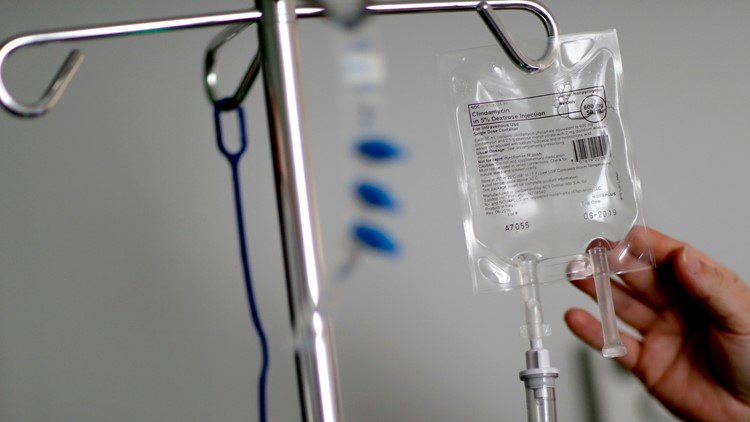 Then, the 4-year-old came down with the flu.

Her mother told NBC News her fever spiked on Christmas Eve, so she took her to the emergency room.

But the terrifying situation got even worse.

“I looked down at her, and her eyes were in the back of her head,” Jade’s mom Amanda Phillips told NBC News.

According to CNN, Jade was having a seizure. The next day, doctors gave her parents horrible news – Jade’s brain was swelling.

CNN reports she was suffering from acute necrotizing encephalopathy. It’s a very rare condition usually triggered by a viral infection like the flu.

Then, New Year’s Day brought the family a miracle, but the moment of elation was quickly shattered by a terrifying reality.

Jade woke up – but she was blind.

The encephalopathy “affected the part of her brain that perceives sight, and we don't know if she's going to get her vision back," Dr. Theresa Czech told CNN.

It could take months to find out if Jade’s vision will ever return. She’s now back at home, and her family is taking care of her.

Her parents say they’re sharing Jade’s story to let people know just how dangerous the flu can be in children. Jade’s mother told NBC News her daughter received a flu shot in March, but she didn’t get another one in the fall.

"We want parents to know they should get a flu shot every season," Phillips said to CNN.

RELATED: An online doctor visit could be your best bet if you get the flu

RELATED: Flu has killed three babies in Florida this month