41K daily: Models project Florida's number of COVID-19 cases at the peak of this 4th surge 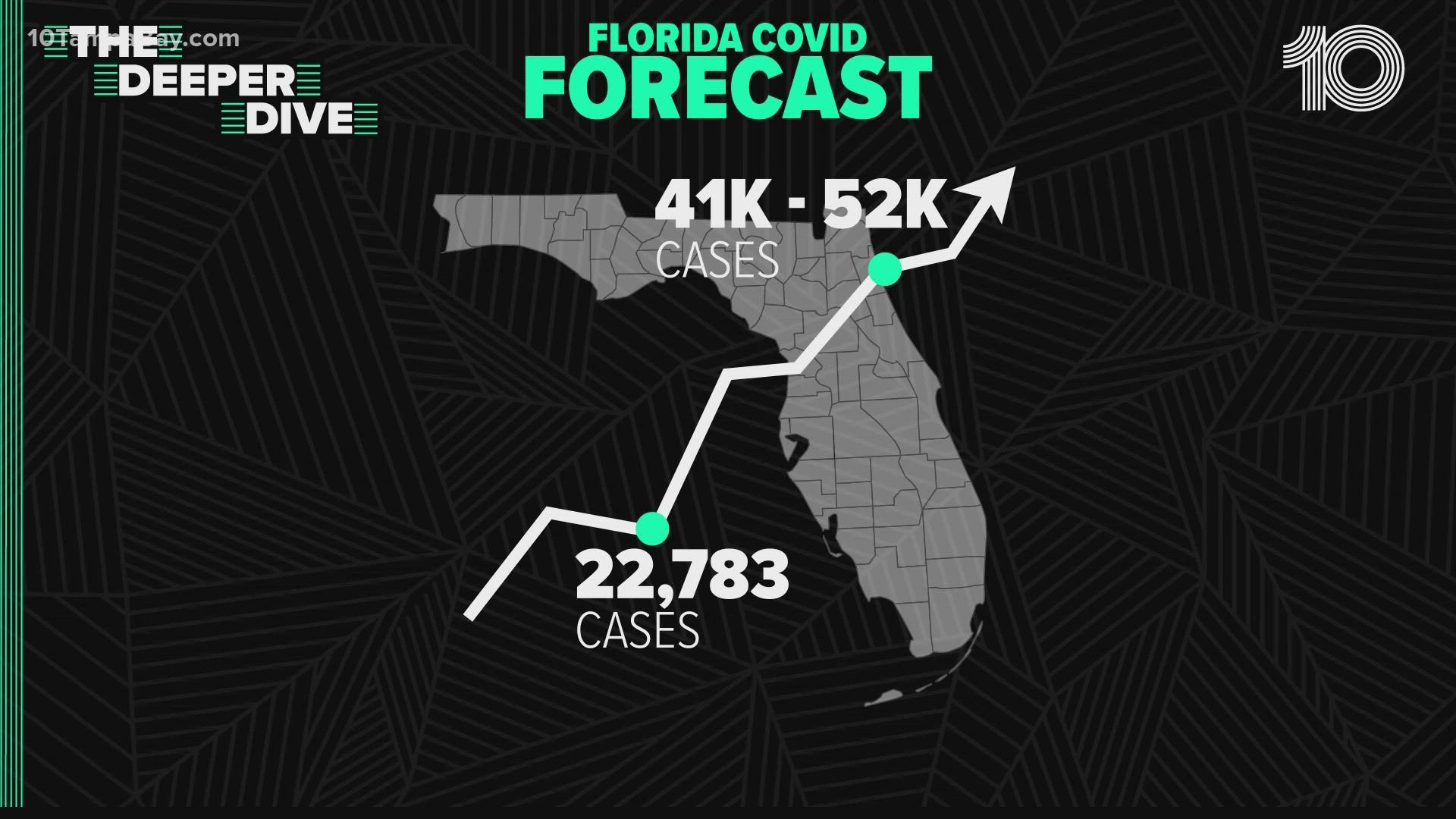 "All the indicators are pointing for this to be the largest wave of infection that we've ever seen," Dr. Tom Unnasch with USF Public Health said.

The public health expert has been monitoring the models since the beginning of the pandemic. The newest models show the peak of the next surge will be two to four times bigger than the wave seen in January 2021.

"I'm getting really, really concerned at this point, not just from these numbers, but from the numbers I'm seeing in hospitalizations. We're going to be facing this situation where we could really overwhelm our hospital system and our health care system in the coming three weeks or so," Unnasch said.

After reporting a record 22,783 cases on Friday, the state's infection rate stands at 18.9 percent. According to the CDC, an infection rate under 5 percent would show the state has flattened the curve and has control of the virus.

"We anticipated this. It's not as if we were naively thinking. Once rates dropped we were saying that this is going to be problematic," Dr. Edwin Michael with USF Health said.

The mathematical modeler used to forecast the trajectory of viruses for the World Health Organization and says the uptick now was expected after vaccination rates dropped in the state.

Michael's models show Hillsborough County will peak on the last day of August and report at least 4,300 cases daily.

"That was about four times the size of the wave that everybody was terrified about in January," Michael said.

The forecast for the state shows the state will peak around the first week of September. The number of daily cases reported would be close to 41,000.

"Even if you were to even ramp up vaccinations now, and the peak is going to occur by end of this month, according to the model, it's far too late. But it's still important that we keep on message about vaccinations because ultimately we need to reach herd immunity," Michael said.

Michael's data shows the state should reach herd immunity by mid-October through rapid infection or an increase in vaccinations.

"It's down to us individuals to also do the right thing. Don't only think about yourself and your own family, but look at all the people around us. We are so close to herd immunity, don't mess it up. We've done enough, we sacrificed so much for one year and eight months or something. So much sacrifice and people have lost their jobs. Why are we willing to jeopardize everything," Michael said.