Payments are only expected to last three to four weeks and there’s some concern a major natural disaster, like a hurricane, could deplete funds sooner. 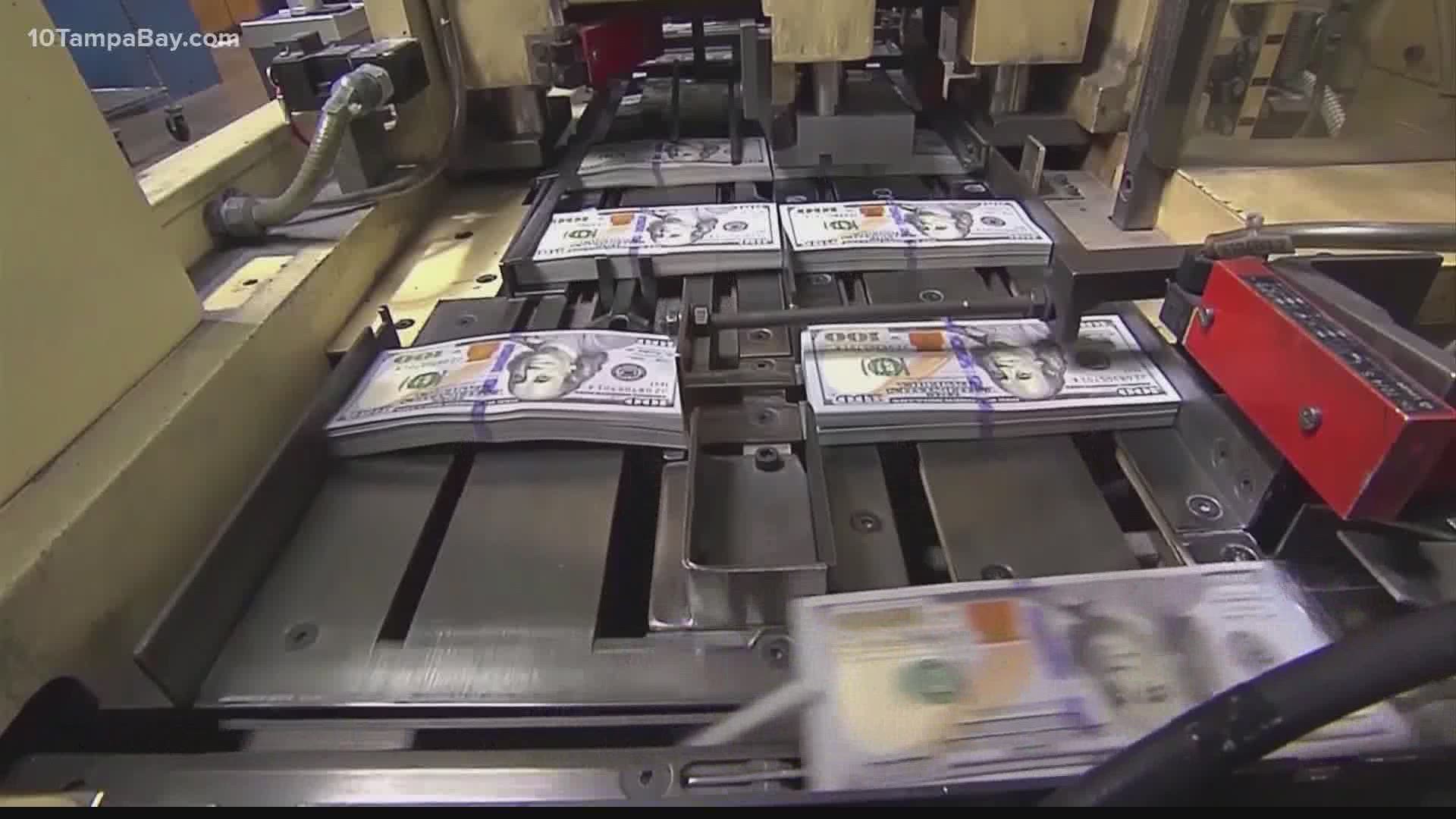 ST. PETERSBURG, Fla. — Floridians out of work due to COVID-19 should soon be able to receive additional $300 weekly federal payments after FEMA approved the state’s request.

President Donald Trump signed an executive order in early August making up to $44 billion in FEMA Disaster Relief funds available to pay unemployed Americans an additional $300 per week after the $600 a week federal payments expired in July.

But that money is only expected to last a month.

The president’s executive order says the weekly payments will end when the balance in FEMA’s disaster relief fund falls to $25 billion. Congressional Democrats estimate the payouts will cost roughly $10 billion a week if every state participates in the program. As of July 31, the fund had a balance of $68 billion, which means the cut-off point would be reached in just four weeks.

“We are in desperate need of a larger relief package that provides support to at least the end of the year,” said Rep. Anna Eskamani, D-Orlando, who has been closely working with Floridian’s who’ve struggled with the state’s problem-riddled unemployment system.

Eskamani says several other questions remain unanswered, including when the money will be available and how people will receive it.

“Will it be a lump sum of $900 for three weeks of $300 or do folks have to certify it as they’ve done for previous weeks,” Eskamani said. “We are still waiting for that clarity.”

A major natural disaster could also potentially derail payments from the fund, says Rafael Lemaitre, a former FEMA official between 2014-17.

“We are at the peak of hurricane season and this is the ultimate in rainy day funds,” he said. “We have to be very careful, in terms of how we treat those funds and make sure if and when there is a big disaster that hits that we’re prepared to handle that as well.”

While unemployment payments would be cut off once the fund reaches $25 billion, consider FEMA spent roughly $20 billion in response to Hurricane Sandy in 2012. Between hurricanes Rita, Wilma and Katrina in 2005, FEMA's disaster fund paid out an estimated $50 billion in relief.

Iowa recently applied for nearly $4 billion in aid from FEMA following deadly storms in early August. And with four months to go in California’s wildfire season, the number of acres burned this year is close to surpassing all of 2017 when FEMA contributed nearly $2 billion in relief funding.

“Yes, $25 billion is a lot of money but it’s there for a reason,” Lemaitre said. “It’s not to say that unemployment isn’t a valuable way of using these funds, but we have to be very judicious in how we look at this and we have to be very careful because we never know what’s around the corner—you never know when the next disaster is going to be hit.”

To be eligible for the additional $300 weekly payments, claimants must be receiving at least $100 in an approved Reemployment Assistance program weekly benefit. Claimants must also certify that they are unemployed or partially unemployed due to disruptions from the COVID-19 pandemic.

Those eligible for the funds include people receiving:

CBS News contributed to this report.