How Florida is allocating nurses, COVID-19 drugs amid strained supply

Shipments of the COVID-19 drug remdesivir have been distributed to hospitals directly from the federal government, and hospitals can request more from the state. 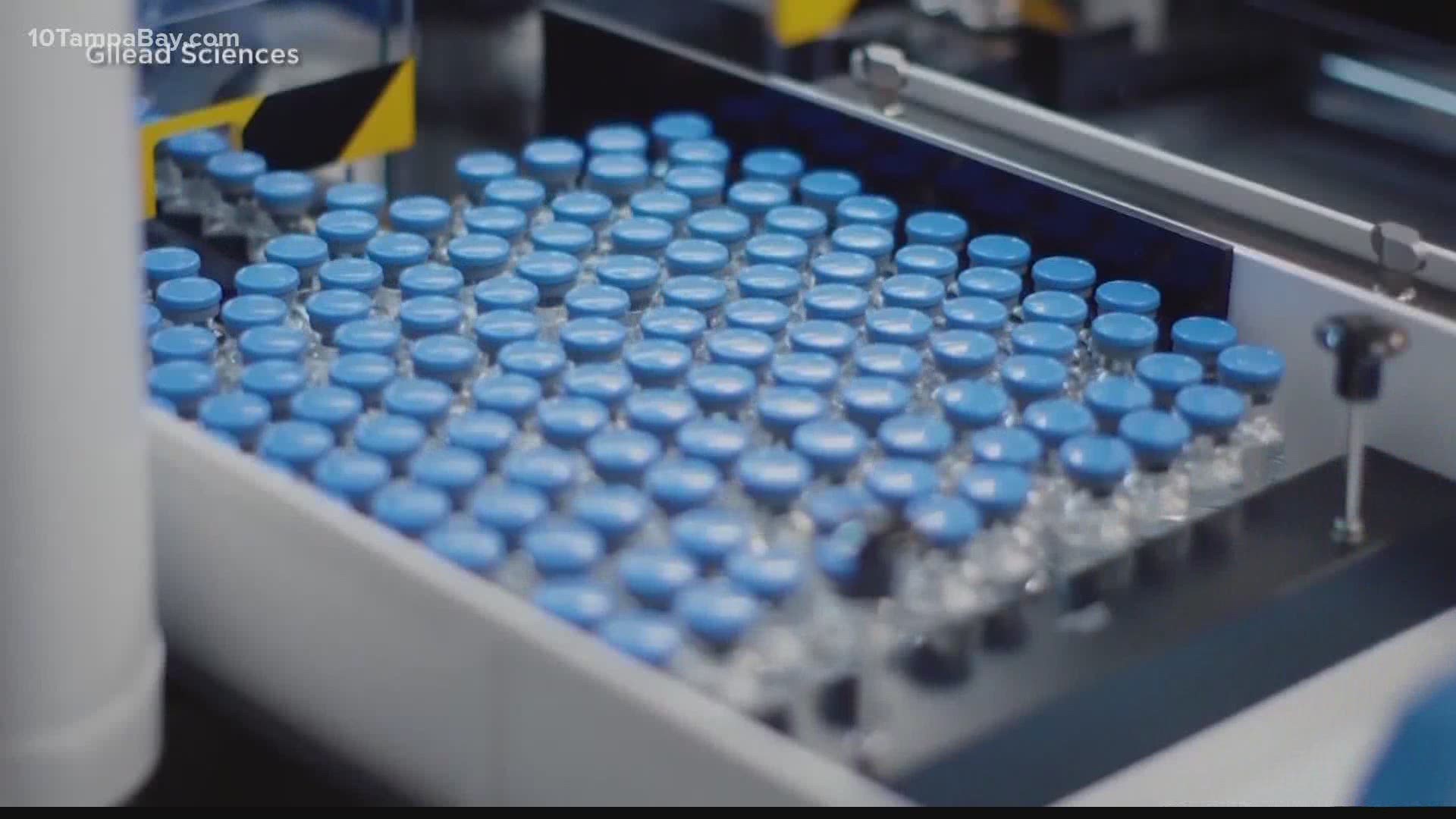 TAMPA, Fla — Less than a week ago, hospitals in Florida were running short on remdesivir, a drug doctors tout as critical for treating seriously ill patients struggling with COVID-19.

Today, some supplies have been replenished, thanks to shipments from the federal government and the state of New York.

RELATED: 'Shame on you:' Gov. Ron DeSantis speaks on COVID-19 as man tries to shout him down

"Saturday, we were able to get the therapeutic remdesivir dropped in Florida hospitals across the state,” said Gov. Ron DeSantis on Monday. “That was a request because even though they were due a shipment some time I think at the end of this week or next week, they wanted to have enough because they were using it.

"The physicians like it, and with the uptick in people in the hospital, it was needed."

But with COVID-19 cases continuing to grow and drugs in short supply, who decides where these resources go?

A spokesperson for the Florida Division of Emergency Management said shipments of remdesivir went straight from the federal government to hospitals, and state will give more to hospitals who ask.

Hospitals in the Tampa Bay area have already gotten help; AdventHealth's CEO told CBS’ "Face the Nation" they were running low last week but got enough of the drug replenished over the weekend to continue treating patients.

However, drugs aren't the only need. On July 3, the state asked FEMA for 1,500 nurses. FEMA has not yet approved the request, but the state says nurses will be contracted by the state and assigned to the hospitals who specifically ask for them.

Those 1,500 nurses would be on top of the 100 already dispatched to Jackson Memorial Hospital in Miami-Dade County. Emergency leaders say they will be asking FEMA to reimburse all their COVID-19-related costs.

DeSantis said 100 medical personnel will assist hospitals across Tampa Bay, with 60 being deployed to BayCare.