Some business owners have expressed concerns about parts of the mandate that place the burden on them to enforce the rules. 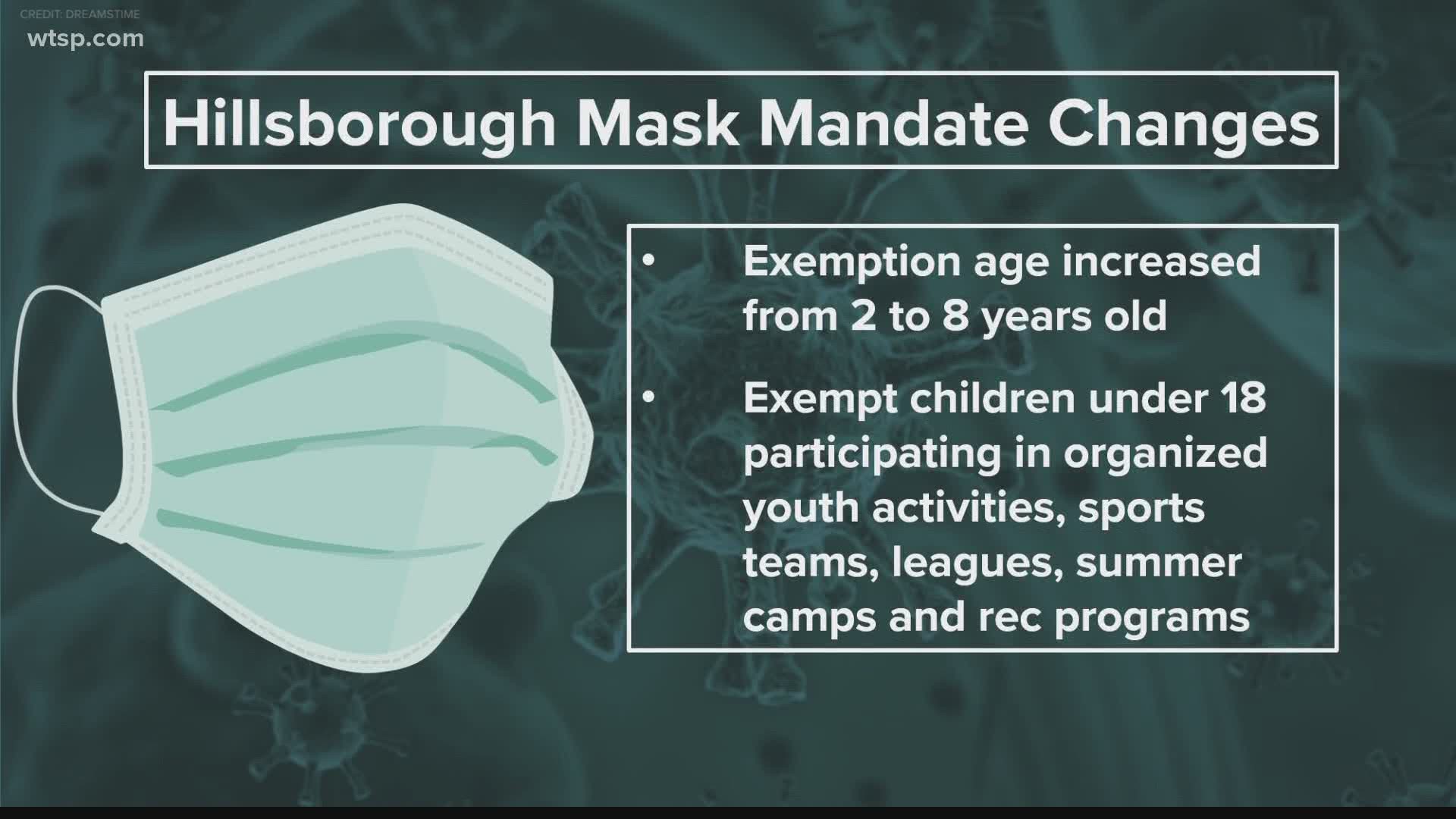 Public health workers informed the board about increases of COVID-19 in virtually every category: The overall number of cases is up, as is the positivity rate, hovering at 20 percent.

Hospitalizations, ICU visits and the county’s death rate are all climbing, too.

County leaders say all of that is at least in part why they’re leaving the mask mandate in place for now.

“If we don’t begin to extinguish this outbreak, sooner than later, even those parts of our community that have been less impacted will be,” said Health Director Doug Holt.

To slow the spread, Hillsborough's EPG passed a mask mandate one week ago.

But lawsuits have now been filed by business owners, who say the ordinance unfairly puts the burden of enforcement on them. In some cases, that’s led to confrontation and even physical altercations between them and their customers.

“Somebody has to put the onus on people to wear a mask,” said EPG Chairman Les Miller, “Or there’s something that’s got to be brought against them.”

“I’m not anti-mask,” said Board Member Melissa Snively, “I am anti-mandate. So, either way, I can’t philosophically support the mandate.”

Board member Sandra Murman said the burden of compliance needs to shift to the individual breaking the mask mandate. “We have to put more of the responsibility on the individual, not the businesses,” she said.

After discussing the issue, the EPG decided to amend its mask mandate in a couple of ways.

Children under the age of 8 will not be required to wear masks. Previously, the age had been set at 2.

It will also exempt children under 18 who are participating in organized youth activities, sports teams, leagues, summer camps and recreational programs.

The board also amended the mask mandate so that it now applies to nonprofit organizations. That could include museums, food banks and other charities. Originally, the board had made an exemption to those groups.

As for enforcement of the mask mandate, the EPG directed the county attorney to come back in a week with some suggestions that might include mandating signs as an acceptable form of attempted enforcement. Or, perhaps reducing the penalties to be civil fines rather than criminal infractions.

The board made it clear that they do hear small business owners’ concerns, but they don’t want to water down the rule in a way that could give people the idea they don’t have to comply.