Roughly 70 percent of the state’s seniors have received a COVID-19 vaccine, but that means more than 1 million people in the most vulnerable age group have not. 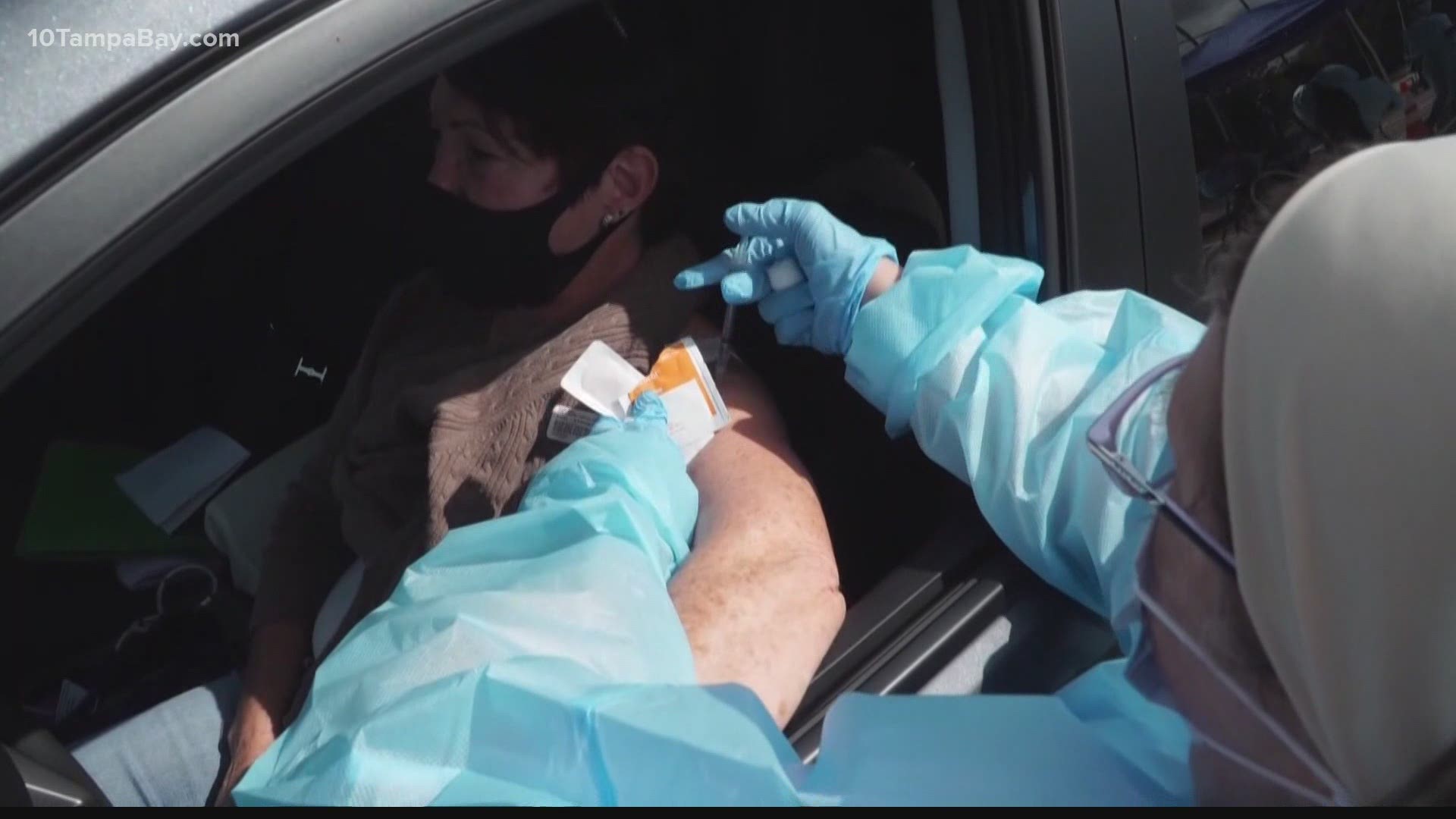 ST. PETERSBURG, Fla. — Gov. Ron DeSantis says that vaccine eligibility will be expanded to all adults well before President Joe Biden’s goal of May 1.

While DeSantis hasn’t given a date for it yet, officials in Texas and Georgia on Tuesday announced they were going to open up vaccine eligibility to all adults.

So are we next?

RELATED: Gov. DeSantis doubles-down on possibility of lowering vaccine age eligibility before May 1

Despite reports of leftover doses and even a decline in demand at some sites, University of South Florida virologist Dr. Michael Teng argues Florida should not follow the other states’ leads – at least for now.

Roughly 70 percent of the state’s seniors have received a COVID-19 vaccine, but Teng says that means more than 1 million people in the age group considered most vulnerable to the virus still have not.

“We’re still looking at about 25 percent of [seniors] are not vaccinated,” Teng said. “You can expect some people not to want to be vaccinated, but we should be more proactive about getting out to those people who have not gotten it yet who want it.”

The state has started doing that in recent weeks through a program targeting homebound seniors, FEMA satellite sites in underserved communities, partnerships with churches and a focus on more rural spots where DeSantis has said senior vaccination rates are still lagging.

Teng said opening up vaccine eligibility in Florida to all adults would have a "Hunger Games"-type effect on the process.

“If you’re just saying I want to use up all the vaccine I get, then by all means open it up to everybody and whoever has the fastest internet connection, the most free time during the day to wait gets it,” he said.

With similar populations, Texas and Florida’s vaccine rollout up until this point is virtually identical.

“I think [DeSantis] wants to make sure there’s a presumption that as many elderly as possible have access to it and then we scale it back,” said Dr. Jay Wolfson, a health policy professor at USF’s College of Public Health.

Wolfson says to consider that leftover doses are also a product of vaccine hesitancy and something he says runs parallel.

“Many people have also said, 'Oh the vaccine is here I don’t have to get it, I’ll be protected by other people,’” Wolfson said. “So there’s this false presumption of herd immunity being created already and I don’t have to participate.”