The FBI launched its investigation into Hagan after 10News aired a series of stories exposing the commissioner's connections to lobbyist Beth Leytham. 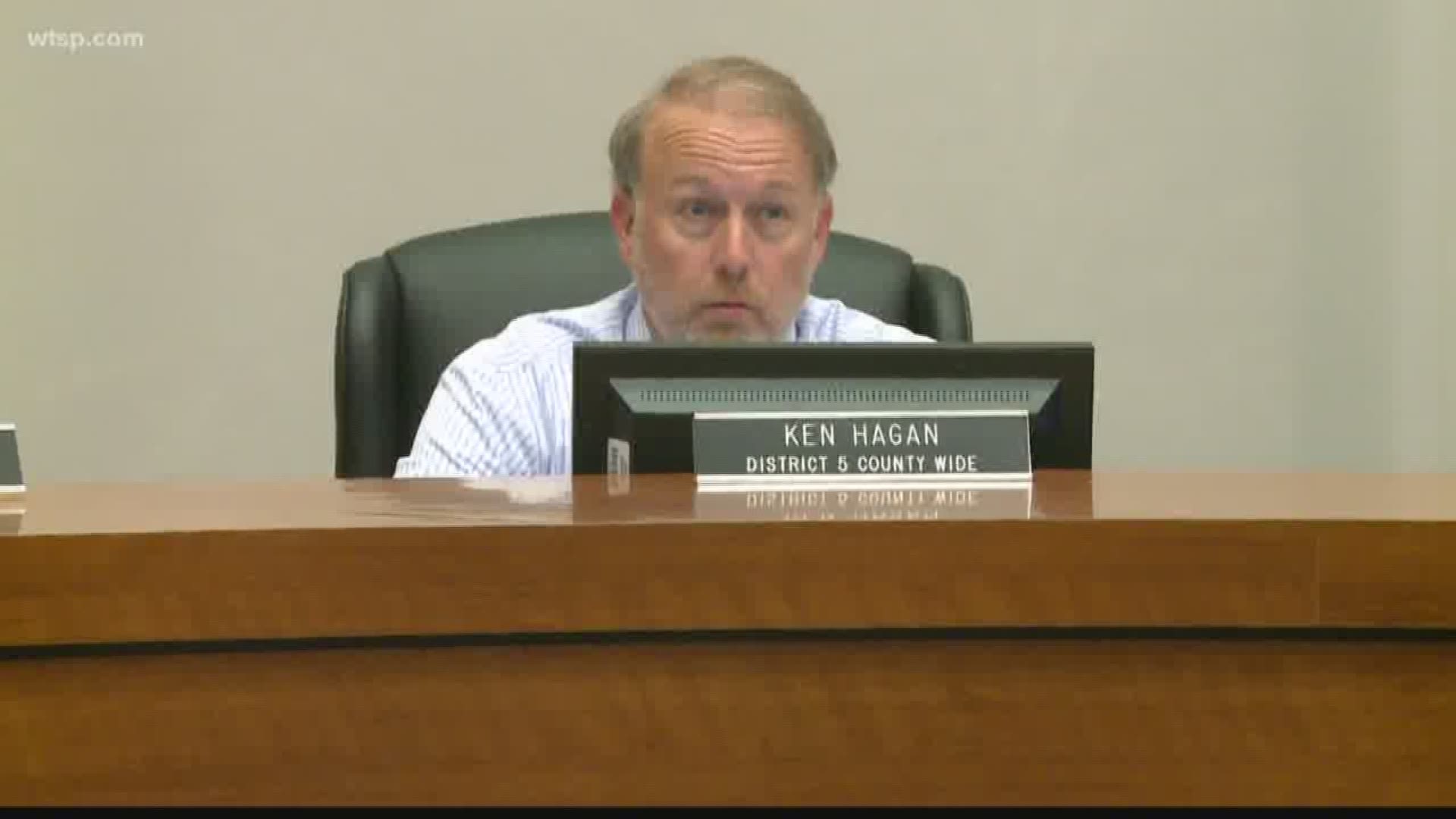 TAMPA, Fla. — 10Investigates has confirmed the existence of an ongoing FBI probe into Hillsborough County Commissioner Ken Hagan, investigating whether the commissioner broke the law in leveraging his considerable influence inside the county center to benefit developers he was connected to.

The active criminal investigation was confirmed through interviews with three different individuals approached by the FBI for information, as long ago as October 2018 and as recently as this week. The bureau responded that it does not confirm or deny the existence of investigations, but that completed investigations are typically handed off to the U.S. Attorney, who would make a decision about prosecution.

The individuals interviewed by the FBI - all of whom asked not to be identified - said they answered investigators' questions regarding various land deals in Hillsborough County, including at least one where Hagan's father was paid to help private land owners sell property to the county for approximately five times its assessed value. The commissioner's attempt to facilitate a Rays stadium in Ybor City was also one of numerous other land deals discussed.

The FBI launched its investigation into Hagan after 10News aired a series of stories exposing the commissioner's connections to lobbyist Beth Leytham, his failure to turn over public records, and secret dealings with the Tampa Bay Rays. However, the probe was launched prior to 10Investigates' November 2018 story about campaign donations Hagan received from property developers who stood to benefit from inside information about the commissioner's work on an Ybor City ballpark.

Following the November report, Hagan asked county attorneys to prepare a defamation case against WTSP, but the county prepared only a memo to commissioners; no case was filed.

Hagan also used county attorneys to try and force four Hillsborough residents to pay county legal fees after they filed a 2015 ethics complaint against the commissioner, related to his relationship with Leytham and destruction of public records. The state ethics commission found "sufficient evidence" to investigate the watchdogs' complaint, but after two years, the commission ultimately decided not to file charges. Hagan's attempt to recoup the legal fees was also denied by the ethics commission.

Hagan was first elected to the commission in 2002 and has won all five of his re-election bids since.

In 2010, Commissioner Jim Norman was investigated by the FBI after he failed to disclose a $500,000 gift to his wife, from a developer with business before the commission. Norman admitted to violating ethics rules, but no criminal charges were ever filed.

10Investigates Jenna Bourne caught up with Commissioner Hagan on the phone Friday afternoon. Hagan said he was unaware of an FBI probe into him.

“I have absolutely no idea what you’re talking about and no one from law enforcement has contacted me,” said Hagan.

Bourne asked Hagan about the developers who have been making land deals with the county and contributing to his campaign.

“Land use attorneys, engineers, developers contribute to most elected officials’ campaigns. There’s certainly nothing unique about that,” said Hagan.

Bourne has requested an on-camera interview with Hagan. He said he would consider it.