This is a win for a Tampa mom who has been fighting for funding since the death of her 5-month-old. 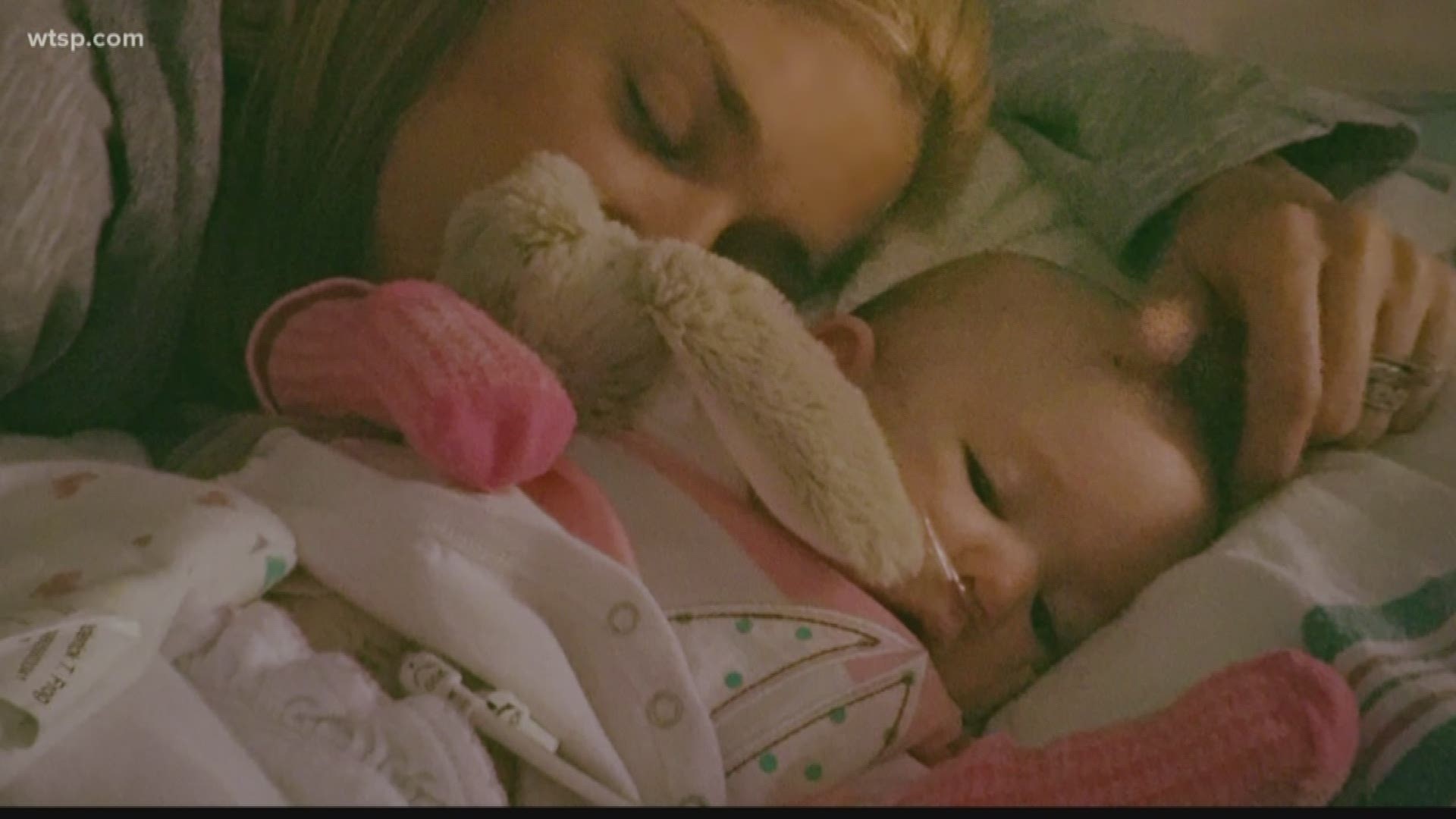 TAMPA, Fla. — It is a big win for a Tampa mother in her push to fund research for childhood cancers.

The Senate voted Thursday to close the gap in childhood cancer research funding.

10Investigates shared the EMMY award-winning story of Monica Angel's 5-month-old daughter Emmi Grace. Emmi Grace died in 2016 after her mother says she was treated with chemotherapy drugs designed and approved for adults.

Angel has lobbied lawmakers to do more to help research better treatments for children with cancer.  She found the recalcitrant cancers act and noticed pediatric cancers were not included.

She decided to change that and wrote new language to include childhood cancers. On Thursday, the U.S. Senate approved it as part of its health spending bill.

This bill will direct the National Cancer Institute to place a higher priority for research dollars to go toward the deadliest cancers which will now include childhood cancers.

Florida Senator Marco Rubio said he was one of the strongest for pediatric cancer research on the Senate Appropriations Committee.

“I was proud to secure provisions and funding to prioritize additional research for pediatric cancer in the funding packages that passed Congress and will soon be signed into law by the president,” Senator Rubio said. “It’s far past the time for pediatric cancers to be considered some of the most deadly, and I’m glad this funding bill finally recognized the devastation of pediatric cancer by ensuring the NIH will prioritize research for these diseases. Importantly, this spending package also included funding for the implementation of my RACE for Children Act, which was signed into law in 2017 and has helped bring us closer to developing innovative and promising cancer drugs for children across the country who desperately need them. I remain committed to fighting for funding for pediatric cancer research so that children with cancer have hope for a better future.”

RELATED: Childhood cancer 'is not profitable': The fight for funding through the eyes of Emmi Grace Angel