Most local districts don't have policies regarding medical marijuana on campus. 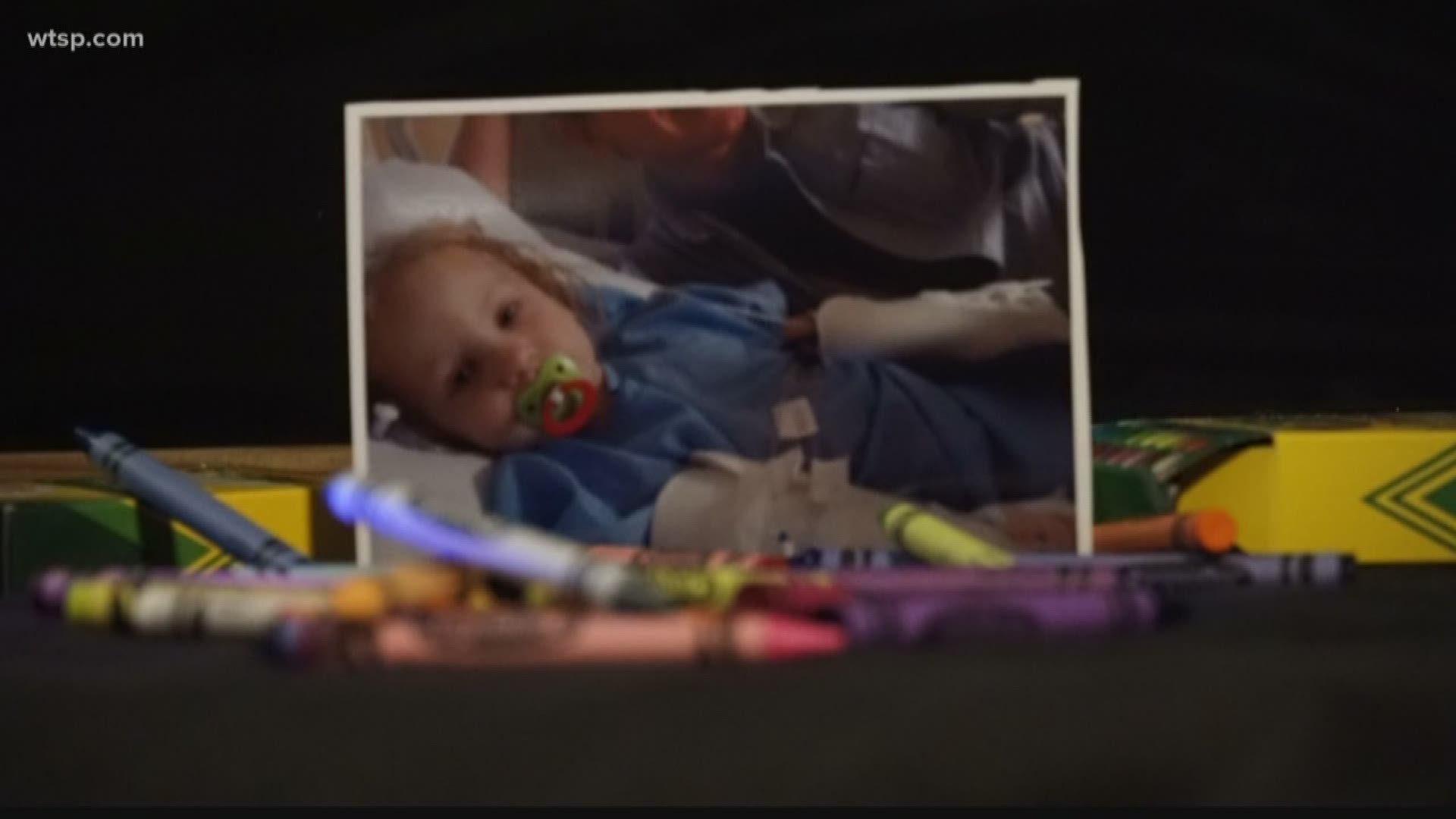 It’s hard enough for kids battling a serious illness to stay in school.

It’s even harder if the school makes it against the rules for those kids to take their medicine.

10Investigates found out most of the school districts in the Tampa Bay area are not following the Florida law meant to protect those kids.

What we uncovered surprised the future state Senate president, and he said it’s time for lawmakers to act.

“I want to go to school so I can do art, ride a bus, and make new friends,” said 9-year-old Dahlia Barnhart.

That’s because Dahlia has been taking cannabis since she started fighting brain cancer at 2 years old.

“She slept through the night for the first time in her entire life that first night. She woke up hungry and thirsty, never ended up having to get a feeding tube, started to gain weight. Atrophy of her legs started to go away. She started to walk again,” Barnhart said.

Barnhart doesn’t feel comfortable sending Dahlia to Hillsborough County Public Schools because the district doesn’t have a written policy that would allow her to use medical marijuana on campus.

“The fact that other counties haven’t even taken the initiative, it’s sad. I mean, these are human beings. These children want to be a part of society,” said Barnhart.

And it’s the law.

Florida law says each district school board must adopt a policy and procedure allowing students with marijuana prescriptions to take their medication:

“Each district school board shall adopt a policy and a procedure for allowing a student who is a qualified patient, as defined in s. 381.986, to use marijuana obtained pursuant to that section. Such policy and procedure shall ensure access by the qualified patient; identify how the marijuana will be received, accounted for, and stored; and establish processes to prevent access by other students and school personnel whose access would be unnecessary for the implementation of the policy.”

Hardee, Hillsborough, Pasco, Polk and Sarasota Counties said they have no policy and have not approved any students to use medical marijuana on campus.

Citrus and Highlands said they’re working on writing a policy.

Manatee and Pinellas don’t have policies either but said they make accommodations for students who have marijuana prescriptions.

Hernando County is the only local school district with a written policy.

Hernando County’s policy says guardians of students approved by the school can give their child their prescription marijuana in an approved spot on campus.

“We want it to be as least intrusive on other students as possible. We are smoke-free campuses. Given that there are other forms that you can utilize to administer it, we did not want anything smokable on our campuses,” said Hernando County Public School District Superintendent John Stratton.

Most of our local school districts told 10Investigates they’re not following the state law because it conflicts with federal law, which still doesn’t allow medical marijuana.

“Nothing in this section shall require any accommodation of any on-site medical use of marijuana in any correctional institution or detention facility or place of education or employment, or of smoking medical marijuana in any public place.”

10Investigates asked Simpson what he would say to school district leaders who are worried about losing federal funding by allowing medical marijuana on campus.

“I would say that they now have another thing to worry about: State funding,” said Simpson.

Simpson said it’s time for state legislators to give the law teeth.

Last year, the legislature directed the Office of Program Policy Analysis and Government Accountability to find out which school districts are complying with the state law.

The agency told 10Investigates it’s still working on it.

In the meantime, Moriah Barnhart says she’s going to have to keep Dahlia out of public school.

“It’s heartbreaking that she would be further ostracized when she’s already pretty isolated in a lot of ways,” said Barnhart.

Click here to read how each district in the Tampa Bay area handles medical marijuana. 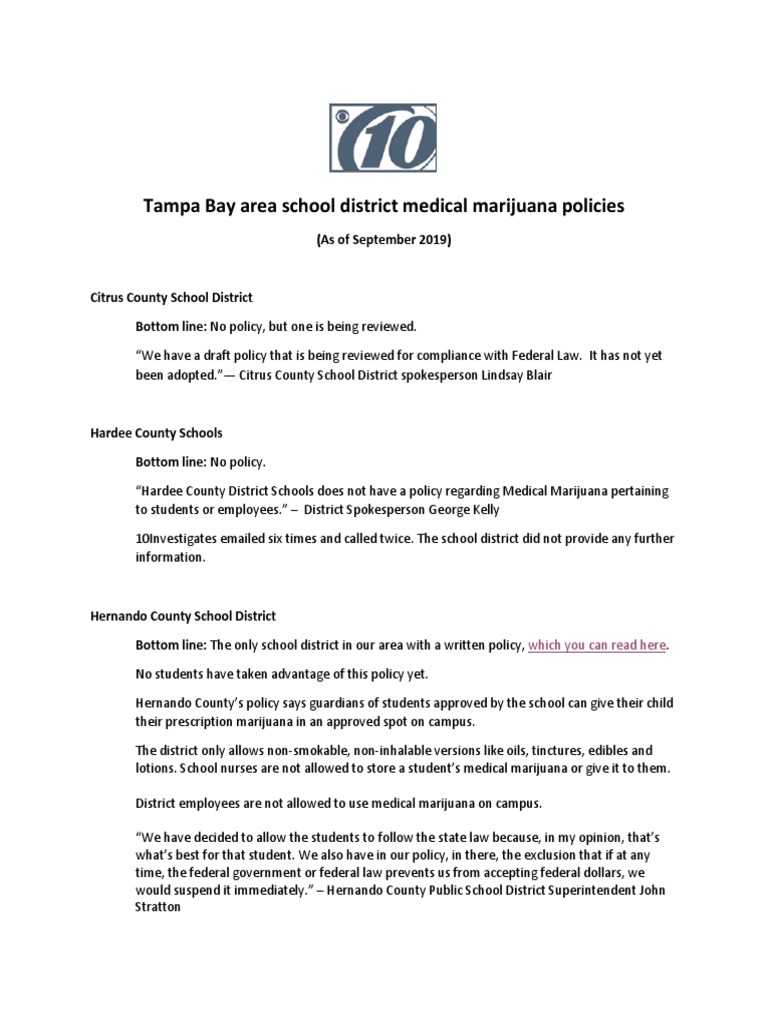 Tampa Bay Area School District Medical Marijuana Policies | Prescription Drugs | Cannabis (Drug)
"We have a draft policy that is being reviewed for compliance with Federal Law. It has not yet been adopted."- Citrus County School District spokesperson Lindsay Blair "Hardee County District Schools does not have a policy regarding Medical Marijuana pertaining to students or employees." - District Spokesperson George Kelly 10Investigates emailed six times and called twice.