United Healthcare and the private staffing company, TeamHealth, couldn’t come to an agreement regarding reimbursements. 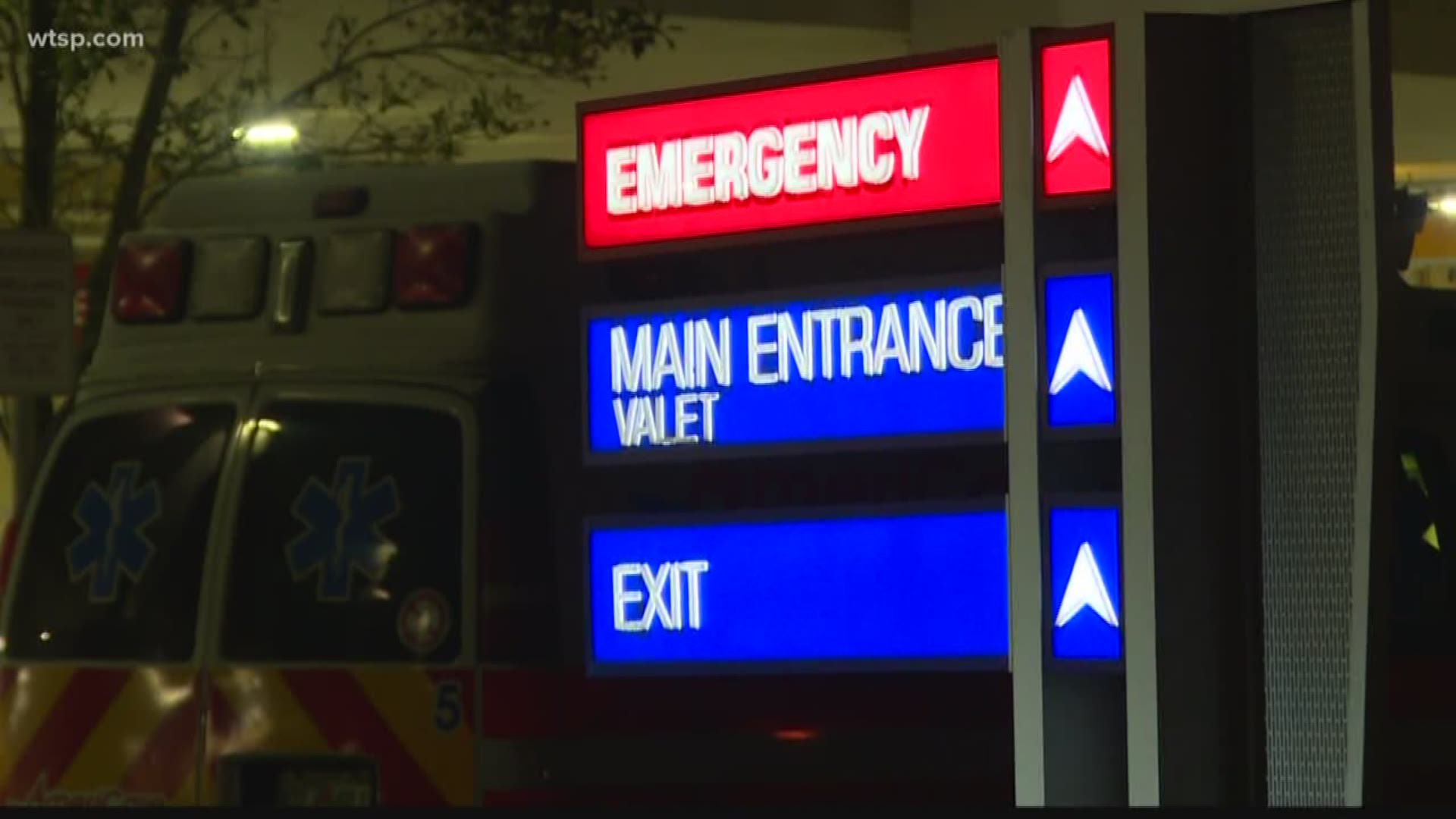 In response to 10Investigates' report, Tampa General Hospital wants patients insured through United to know they will remain in-network when they go to the emergency department.

As 10Investigates first reported on Tuesday – a dispute between United Healthcare and TeamHealth – which staffs emergency medicine doctors at TGH – has caused doctors to take roughly 4 percent pay cuts.

UnitedHealthcare has said it tried unsuccessfully to negotiate with TeamHealth. A spokesperson also pointed to how much those doctors are paid and bill compared to others as the reason they asked for a reduction in reimbursement.

Initially, the insurer told 10investigates that depending on the emergency, patients could be deemed out-of-network when visiting the emergency department at TGH.

TGH wants to make it clear that will not happen.

The hospital says it's working with TeamHealth to keep all United patients in-network and released the following statement:

“TeamHealth-affiliated physicians will continue to see and treat patients insured through United that seek care at Tampa General Hospital’s emergency department. Patients can still choose to be seen by highly qualified clinicians. Patients will be unaffected financially by this matter between TeamHealth and United. To provide patients with additional information and the chance to ask questions, we have established ERtruth.com.”

10Investigates found out emergency medicine physicians at Tampa General Hospital have had to take roughly a 4 percent cut in pay and work longer hours for benefits.

It all boils down to health care costs.

United Healthcare and the private staffing company, TeamHealth, couldn’t come to an agreement regarding reimbursements. United left the table and terminated the contract.

What does this mean for those who have insurance through UnitedHealthcare?

Emergency medical care at Tampa General Hospital can be deemed “out-of-network.” UnitedHealthcare explained that in true emergencies beneficiaries will receive “in-network” coverage. But if you go to the ER at TGH for something like the flu, you could be on the hook for the bill.

TeamHealth says that won’t happen because of them.

“We will not accept United’s invitation to bill patients for United’s unpaid balance,” a spokesperson said.

TeamHealth explained that during negotiations, United Healthcare leadership terminated the majority of their contracts after the company did not agree to an “unreasonable and unfeasible 30 percent reimbursement reduction.” That impacted the emergency medicine clinicians at Tampa General Hospital and other hospitals nationwide.

According to TeamHealth, in order to weather the hit of losing reimbursement from the nation’s largest insurer, they’ve had to make major cuts. That includes reducing emergency medicine physician pay by an average of just under 4 percent, senior leader pay by 5 percent and executive pay by 8 percent.

TeamHealth members also have to work longer hours to receive benefits and rather than attending medical conferences, TeamHealth is “insourcing education services.”

“United is working to increase its profits at the expense of our clinicians, leadership and hospital partners,” a TeamHealth spokesperson said.

UnitedHealth Group is the nation’s largest insurer with revenues expected to surpass $260 billion in 2020.

According to United, this is about making health care affordable for consumers and employers. They say physicians, staffing companies or hospitals that charge unreasonably high rates drive up the cost of health care for everyone.

In this case, they say asked TeamHealth to compromise over the course of a couple years and when the company refused, they took action.

“We had hoped to keep TeamHealth in our network, but it refused to accept rates that reflect fair market prices and that promote an affordable, predictable experience for patients. TeamHealth ER physicians expect to be paid nearly three times the median rate for in-network physicians at participating hospitals, and their billed charges are even higher, at more than four times the median rate," a UnitedHealthcare spokesperson said.

"This hurts hospitals and consumers by driving up the cost of health care. It’s unfortunate that TeamHealth chose to reduce its physicians’ salaries rather than make other adjustments or leverage its many resources as the largest physician staffing company in the United States."

United maintains negotiating a reduction in reimbursement is critical to keep health care affordable to the members they serve, but TeamHealth says it puts the availability of high-quality patient care at greater risk.