The 80-year-old Lake Worth resident has no law enforcement background, but his work has landed dozens of criminals behind bars. 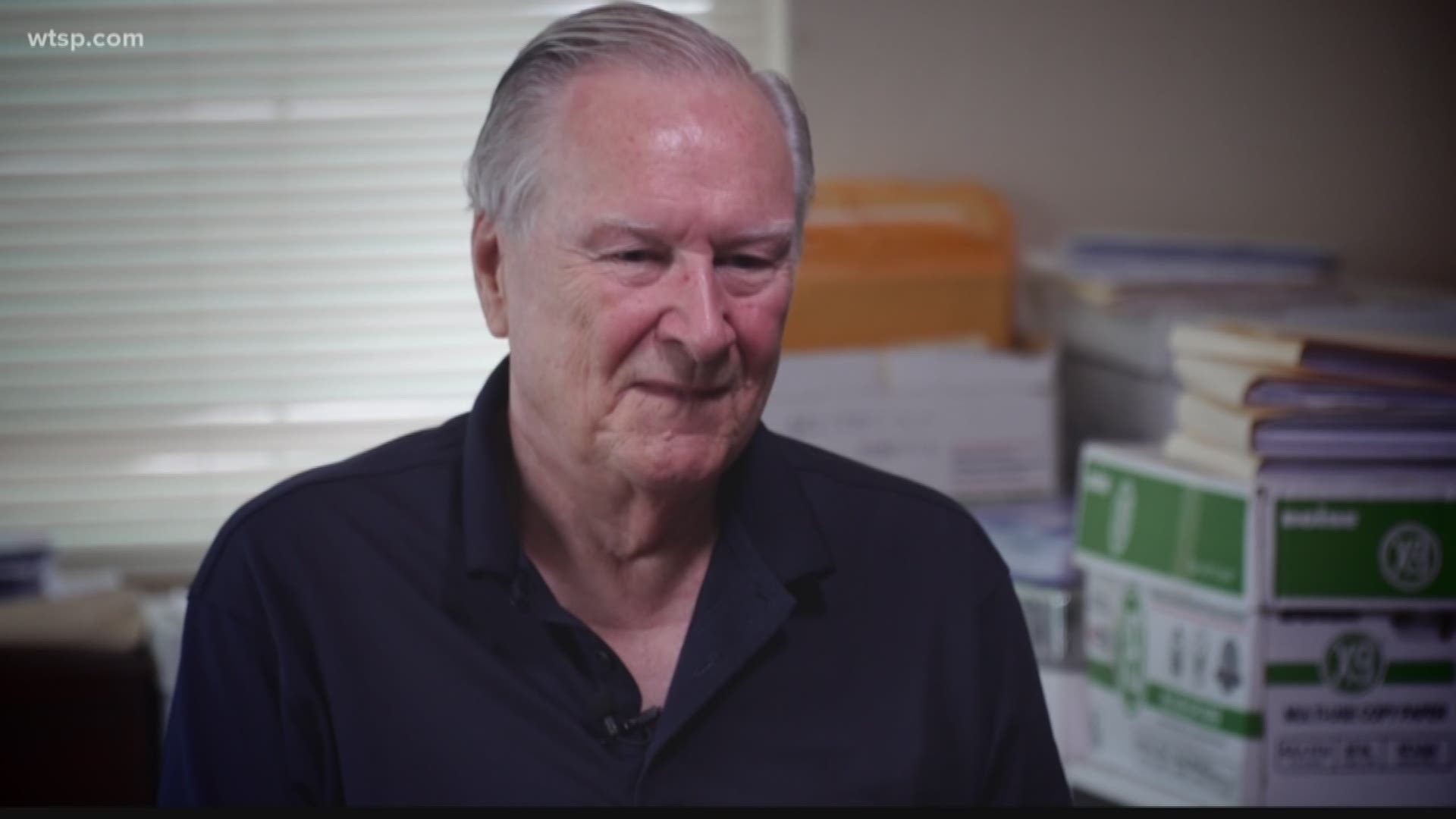 LAKE WORTH, Fla — The 772 square foot house in Lake Worth doesn't look like much from the outside, but the man inside is connected to the arrest of one of the country's most notorious serial killers.

Curtis Rogers, 80, creator of GEDmatch, has no history in law enforcement. He said he's connected to the capture and arrest of the Golden State Killer "through a hobby." 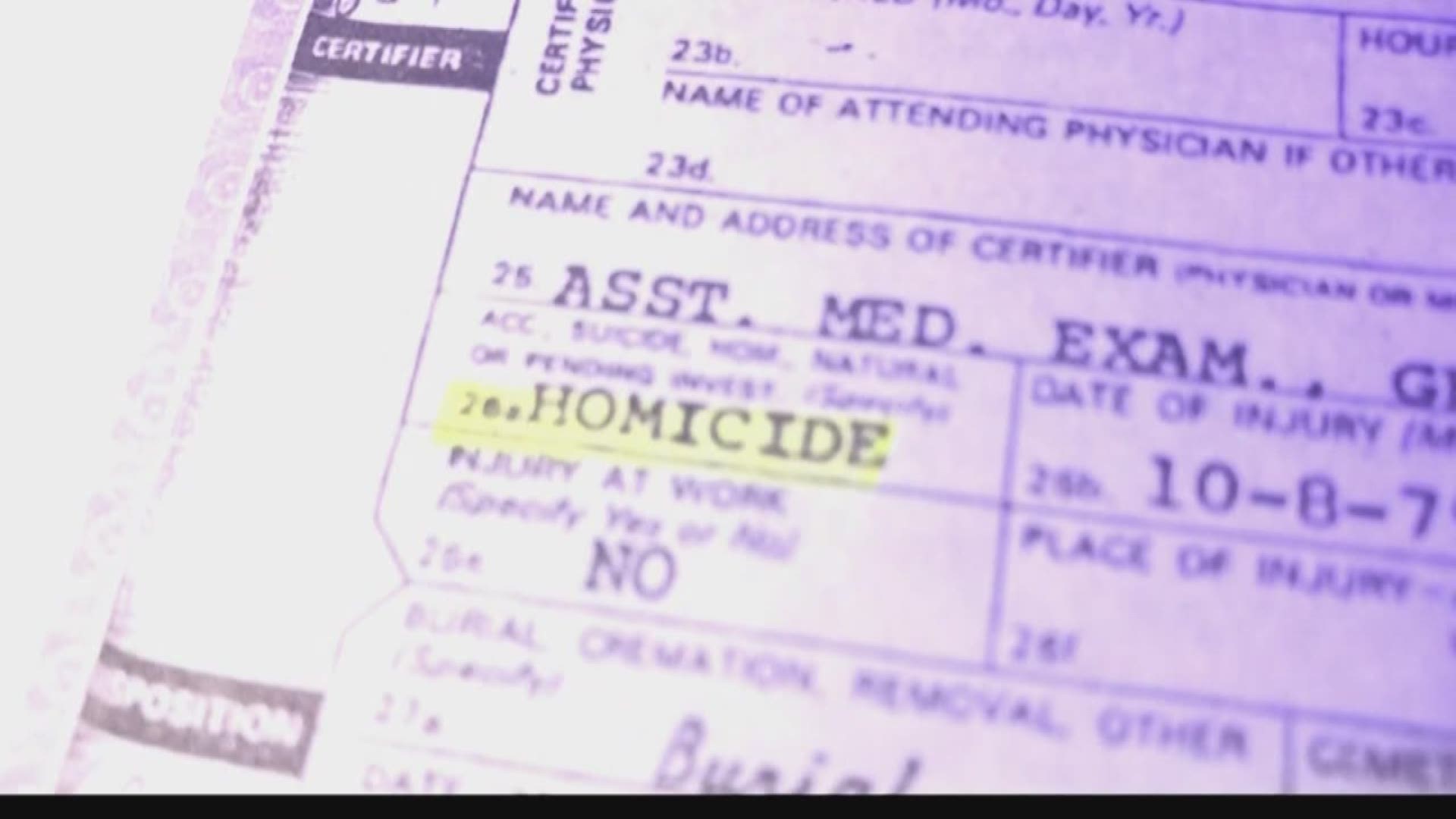 The Golden State Killer hunted and haunted his victims from 1974 to 1986 in California. He's accused of raping women while their husbands or boyfriends were tied up nearby. He reportedly would even take souvenirs of his crimes and make frightening phone calls to survivors.

The Washington Post reported April 28, 2018, that police announced a break in the decades-old cold case thanks to "an ingenious technique that thrills law enforcement officials and disturbs privacy advocates."

Rogers said his hobby is the key that helped land the Golden State Killer behind bars.

Police said they tracked him through his family tree by checking crime scene DNA against GEDmatch databases. Like other genealogy sites, users volunteer their genetic codes to plot family trees and discover new relatives and ancestors.

“The hobby Is genealogy. And especially genetic genealogy, having to deal with DNA," Rogers said."And in genealogy, we use a type of DNA that’s not been used by law enforcement (in the) past. Turns out this new type of DNA is very good; not just good to finding relatives but also people of interest in crimes.”

Rogers said GEDmatch has no employees and he's not trying to earn money or build followers.

"We are out there to help fill genealogical research," he said.

Rogers said he had no idea his site and other genealogical sites were being used to help solve cold cases. He said he found out the day after the FBI announced the arrest of DeAngelo.

Detectives said they worked with a genealogist who uploaded the Golden State Killer's DNA to GEDmatch. Rogers said that DNA matched up with 24 third cousins.

"Let me make a point -- there are no violent criminals found on our site," Rogers said. "What we do is genetic genealogy in direction for further investigation."

Rogers said sites like his help police pinpoint a person of interest in cold cases. Further investigation and forensic analysis will confirm or deny suspects in a case.

Rogers said he never heard anything from California law enforcement or the FBI, but he has heard from people all over the world thanking him for what his website does.

"We get all kinds of emails from people whose lives have been affected by these criminals," Rogers said. "A lot of people put DNA on our site. One person said they want their DNA on site because they think their dad may be a serial killer."

"When the Golden State Killer was found and news broke it was (because of) GEDmatch I thought, 'my goodness my profile was in there,'" Stanislaw said. "I emailed the company (and asked) how I can make sure my DNA is public."

Stanislaw said her late father was investigated for several murders in the 1970s before DNA was an integral part of criminal investigations. He was never charged because of a lack of evidence and the cases went cold.

She said her DNA could be the key to unlocking those cold cases.

"My father did kill his own father, but that doesn't show on criminal history because he was found not guilty (by) reason of insanity," Stanislaw said.

Stanislaw said she hopes her DNA being on Rogers' site may lead to answers if her father did have other victims.

"I can't imagine burying a loved one not knowing who did it," she said.

Since the arrest of the accused Golden State Killer, Rogers said he knows of 43 other cases that have been solved with help from the DNA uploaded onto his site.