He decided to Turn to 10 for help. 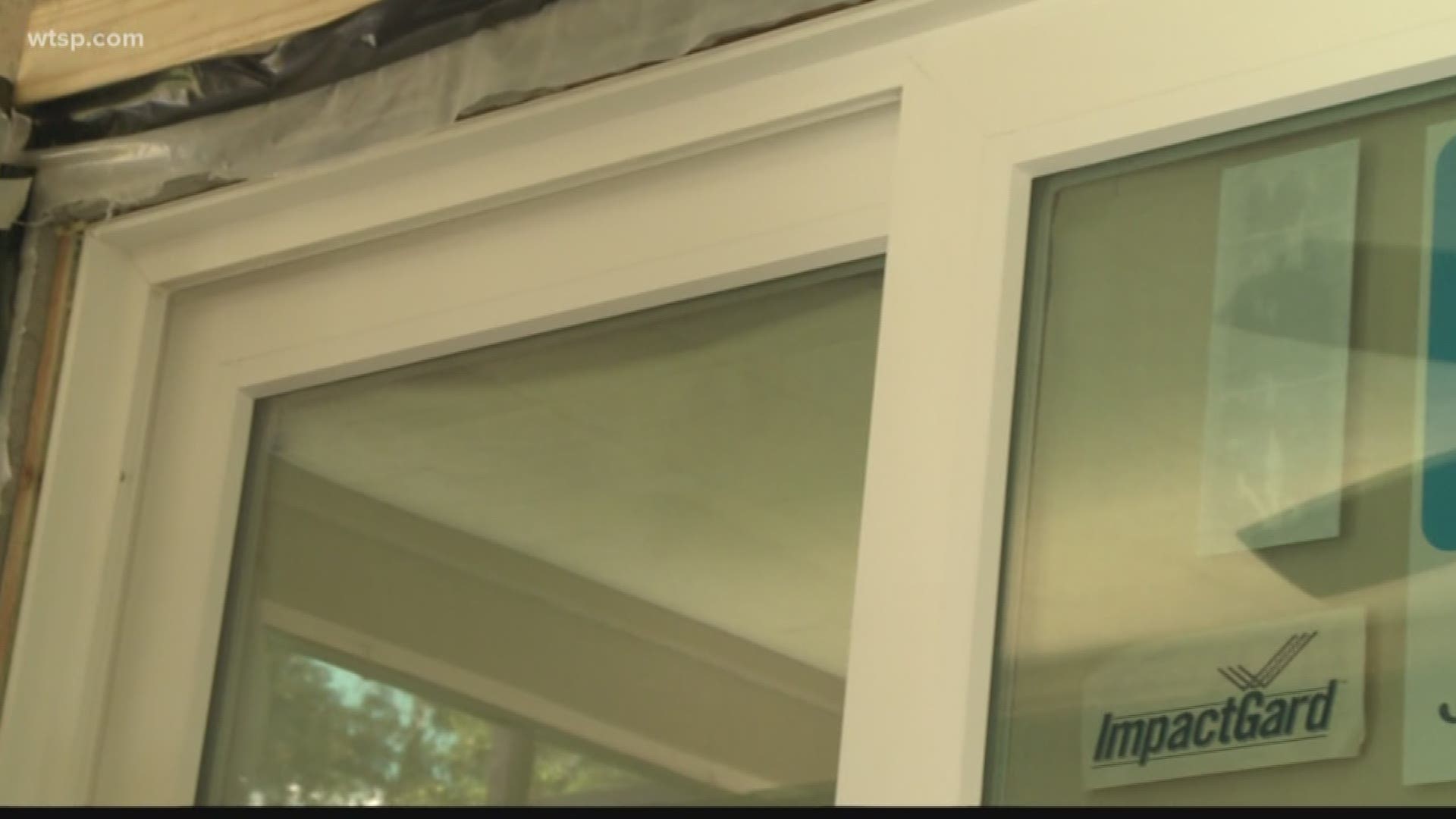 Just a few weeks ago, many of us hit the stores and loaded up on bottled water, bread, anything we needed in case hurricane Dorian made its way to the West Coast.

We live in Florida. Hurricanes are a reality, unfortunately, and that’s why we prepare -- which is exactly why one Palm Harbor man decided to buy hurricane-proof windows and doors.

After months without a finished project, he decided to Turn to 10 for help.

Mitchell Boceti is frustrated, and as soon as you step out onto his back patio you can see why. His sliding doors don’t close properly. He says he had to cover the surrounding walls with plastic to keep rain and bugs out. You can also see damaged stucco surrounding the doors.

And, he took a loan out and paid for this.

“I’ve paid them about 15,000, and I’m 5,000 outstanding. They are supposed to be the best they got. This is their premium line,” Mitchell told 10Investigates reporter Jennifer Titus.

It’s a lot of money, but Mitchell says the expense seemed worth it if it meant having hurricane-proof windows that would keep his family safe.

“When we get forever place, we wanted to make sure it’s hurricane resistant. It’s tough on kids to drive hours and hours to outrun a storm. Financially was tough to afford these things,” says Mitchell.

The windows and doors are made by JELD-WEN. The installer is Armortech, a business out of Clearwater.

Mitchell called JELD-WEN, who came out to inspect the doors after the first install. Mitchell shared that report with 10Investigates. It clearly states, “It was very obvious there is install issues causing the screen fitment and operational issues on all 3 units.”

RELATED: Florida woman was looking for love but never found a match. Out thousands, she Turned to 10

Contractors with Armortech came out a second time to try and fix the problem. But Boceti showed us the issues haven’t been fixed. Jeld-Wen came back out to check the installation a second time. The problems still are not fixed.

Armortech isn’t waiting for Boceti’s final payment of $5,000. The company put a lien on his home.

“I talked to someone from armortech and they told me I needed to pay, or they were going to send a lawyer after me and I said I should start looking for a lawyer,” says Boceti.

We reached out to Armortech who put us in touch with their lawyer who tells 10Investigates the installation company is willing to go out at no additional cost to fix the issues at Mitchell’s house and to release the lien on his home.

RELATED: Apartment issues force family of 5 from home and into a hotel

Boceti’s lawyer says he spoke with the attorney for Armortech, and they are in negotiations.

Mitchell did a lot of things right here. He found a company that has good reviews, and he didn’t pay in full until the job was done.

But he did sign a contract and that’s where things sometimes get a little blurry. That’s where Turn to 10 can help you. Our team works to help people who need assistance and feel stuck. Have an issue you want our help with? Email us at TurnTo10@wtsp.com.

“We are still in negotiations of a resolution of this case, but I don’t think we are any closer to Mr. Boceti getting to where he rightfully should be.”

“Armortech has not been provided with a detailed description of what work Mr. Boceti claims is defective and/or (other than damage to the stucco) what other damages were caused to his property by Armortech during installation. Armotech has been and remains willing to return to the Mr. Boceti’s property to perform any and all work necessary to address any issues with the installation of the doors and/or to repair any damage its installers may have caused however Mr. Boceti has been unwilling to permit Armortech to return to his property. Armortech has further indicated its willingness to immediately release its Claim of Lien. “

RELATED: Covered in raw sewage: Neighbors Turn to 10 after dealing with human waste in their yards