Charisse Stinson is accused of killing her son, 2-year-old Jordan Belliveau, and leaving his body in the woods. 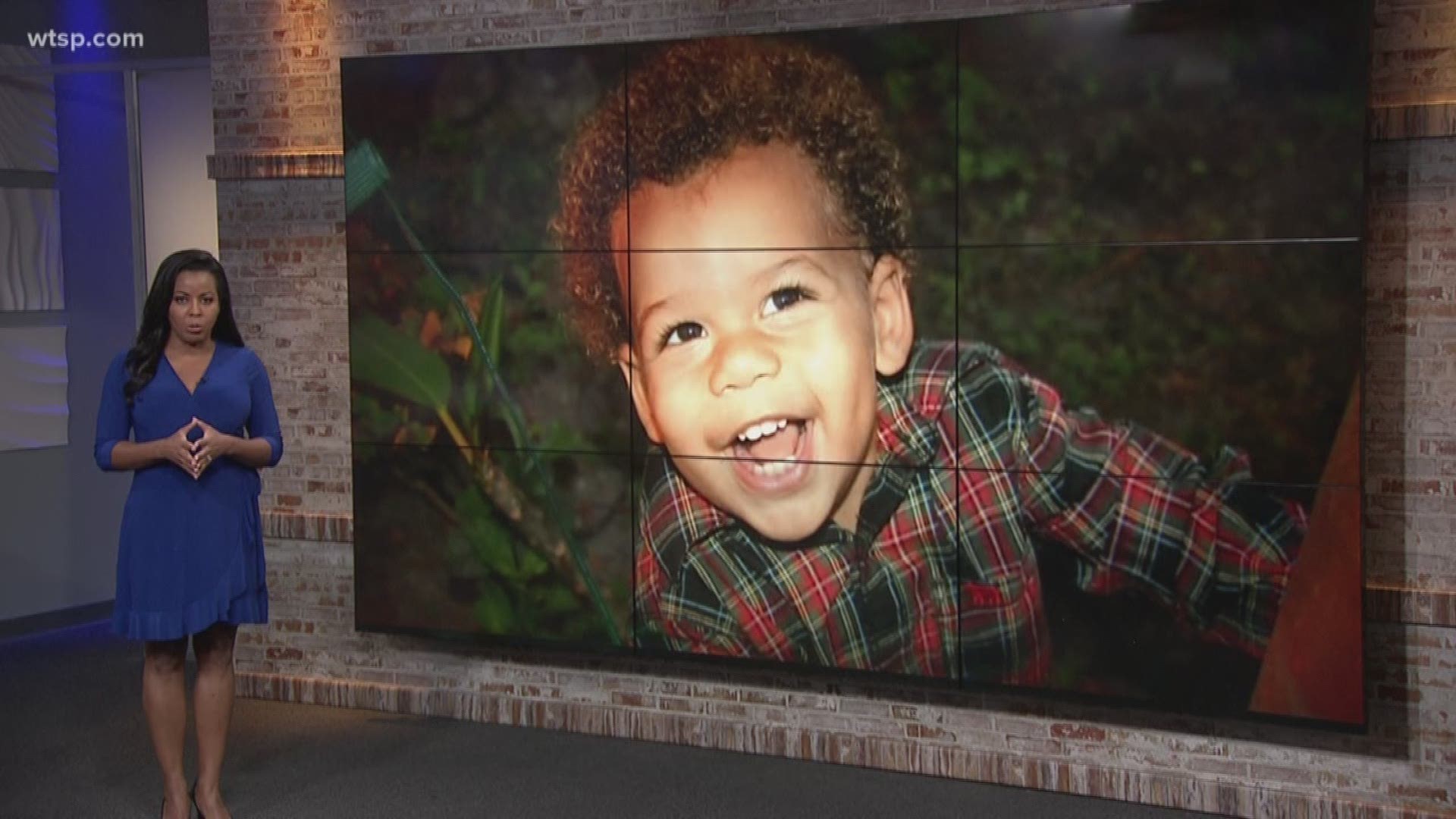 A special review of the case of Jordan Belliveau Jr. from the Florida Department of Children and Families found that warning signs were ignored and communication was poor in the months leading up to the 2-year-old death.

In early September 2018, Belliveau's body was found in a wooded area in Largo. Two days earlier, an Amber Alert was sent out when his mother, 21-year-old Charisse Stinson, reported him missing. Prosecutors believe Stinson made up a story about her getting assaulted and Belliveau being kidnapped.

Detectives say her story is fake and investigators say they think she hurt herself to help sell the story. An indictment of Stinson from October 2018 says Belliveau died from either blunt trauma or asphyxiation.

Stinson has been charged with first-degree murder and making a false report to a law enforcement officer.

A week after Belliveau's body was found, a case manager with the Pinellas County Guardian ad Litem program said he or she had concerns right before the Largo toddler died. The coordinator said a week before Belliveau's death, the office was unable to get ahold of Stinson. The documents also mentioned an incident in which the boy's father was arrested for domestic violence.

Newly-released documents from DCF found that the decision to give Belliveau back into his parents' care was driven primarily by the parents' "perceived compliance to case plan tasks" and not because of changes in behavior or lifestyle. The documents say case decisions were made without addressing the overall family environment in which Belliveau and Stinson were living.

"Reviewing the events that led up to Jordan’s death is incredibly saddening," DCF Secretary Chad Poppell said in a statement. "Despite multiple opportunities, no one changed his circumstances. DCF policies were not followed, communication throughout the process was poor, and several clear warning signs were missed. There were even specific concerns raised that were not acted upon. This report should be a call to action for the entire child welfare system, and I intend to treat it as one."

“The death of Jordan Belliveau is a tragedy," Gov. Ron DeSantis said. "I appreciate Secretary Poppell for taking swift action to address the findings of the report in his first week on the job. Secretary Poppell has my full support to immediately conduct a comprehensive assessment of the Pinellas County child welfare system. Those responsible will be held accountable.”

Video: Family of Jordan Belliveau thanks community for its support

Other findings from the DCF special review:

-- Stinson requested to have anger management, but this was never included in her case plan.

-- The case plan was never modified even after multiple documented incidents of domestic violence between Stinson and the boy's father, Jordan Belliveau Sr.

-- The documents say Stinson gave false information to the court on multiple occasions, including events surrounding a June 2017 abuse investigation and her "compliance with counseling."

-- When Belliveau was reunited with his parents in May 2018, policies and procedures to "ensure child safety and well-being were not followed."

-- The documents say the case manager was not making weekly visits as required by the safety plan.

-- Stinson missed three of her five scheduled visits and then missed seven of 11 visits with a clinician.

-- A new child abuse report was received in August 2018, alleging "increased volatility" between Belliveau's parents. Despite documented allegations of threats of Jordan Belliveau Sr. to kill Stinson, the child was not removed from the home nor was the case plan modified.

-- The documents say there was a "noted lack of communication and collaboration" between the Pinellas County Sheriff's Office CPID unit and Directions for Living case management staff.

-- The review says there was a "lack of interaction between the State Attorney, case management team" and Belliveau's foster parents before court hearings.

-- Belliveau's foster parents "felt uncomfortable" voicing their concerns in court in front of the boy's parents. The review says both parties were supposed to co-parent, but the foster parents sometimes reported having no concerns when asked during court hearings. The documents say the State Attorney's Office offers a way for foster parents to submit input in writing instead of verbal testimony.

-- All parties in Belliveau's case has 20 days to object to the boy being reunited with his parents, but no objection was ever filed by anyone involved.

-- There was "an absence of shared ownership between all entities" involved in Belliveau's case. The documents say there was a "divided system of care."

The special review concludes by saying that Belliveau's case "highlights the fractured system of care in Circuit 6, Pinellas County."

"Many of the challenges and opportunities identified in the report are already being addressed," the organization said in an email. "The subcontractors that we have authority over have developed an action plan in response to the finding to facilitate better partnerships and communication among all those that work in the child welfare system. Any time there is a child fatality, we must examine the system of care and determine what could have been done differently. And then, we must all collaborate to make those changes effective.”

1 / 6
Provided
Jordan Belliveau's foster parents, Juliet and Sam Warren, cared for him when he was only 5 months old until spring 2018. They had wanted to adopt him

Directions for Living, the agency subcontracted by Eckerd Connects to oversee Belliveau's case, said in a statement that it is "more than just saddened and forever changed by Jordan's death; this case is a critical reminder of the need for constant improvement within our own agency and across our industry."