'Back the Blue' mural painted outside Tampa Police Department vandalized

The mural was painted over the weekend as a show of support. On Wednesday morning, there was tar splashed over it. 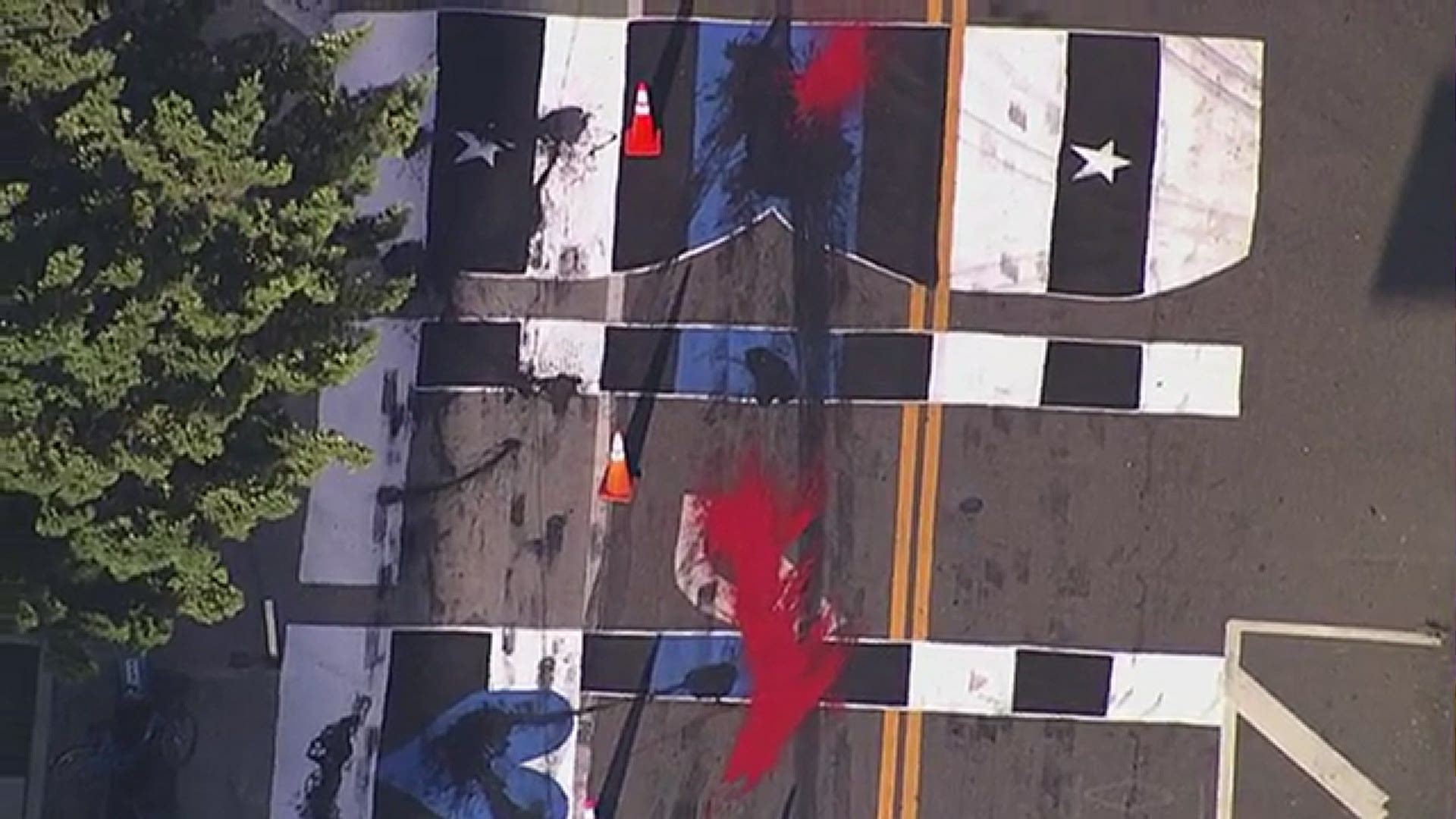 TAMPA, Fla. — The 'Back the Blue' mural in front of the Tampa Police Department wasn't even up for a week before it was vandalized.

The mural, painted over the weekend, is meant to be a show of support. On Wednesday morning, it looked like there was paint splashed over it.

Police say it looks like the substance is tar.

Shortly after midnight, a second person use red pain to spray paint graffiti on a mesh roll-up utility door along the north side of the department.

Part of East Madison Street, between Florida Avenue and Franklin Street, is closed because of the tar in the roadway.

The mural was created quietly overnight Saturday by a group of about 40 people who wanted to show support to the department. Two groups headed the project, Back the Blue Florida and Community Patriots of Tampa.

Tampa police said they knew the mural was vandalized but didn't have much more information.

The mural was not a project affiliated with the city of Tampa's mural program, and the city said it was "unfortunate" the proper process was not followed.