His dad says he was killed in a training exercise. 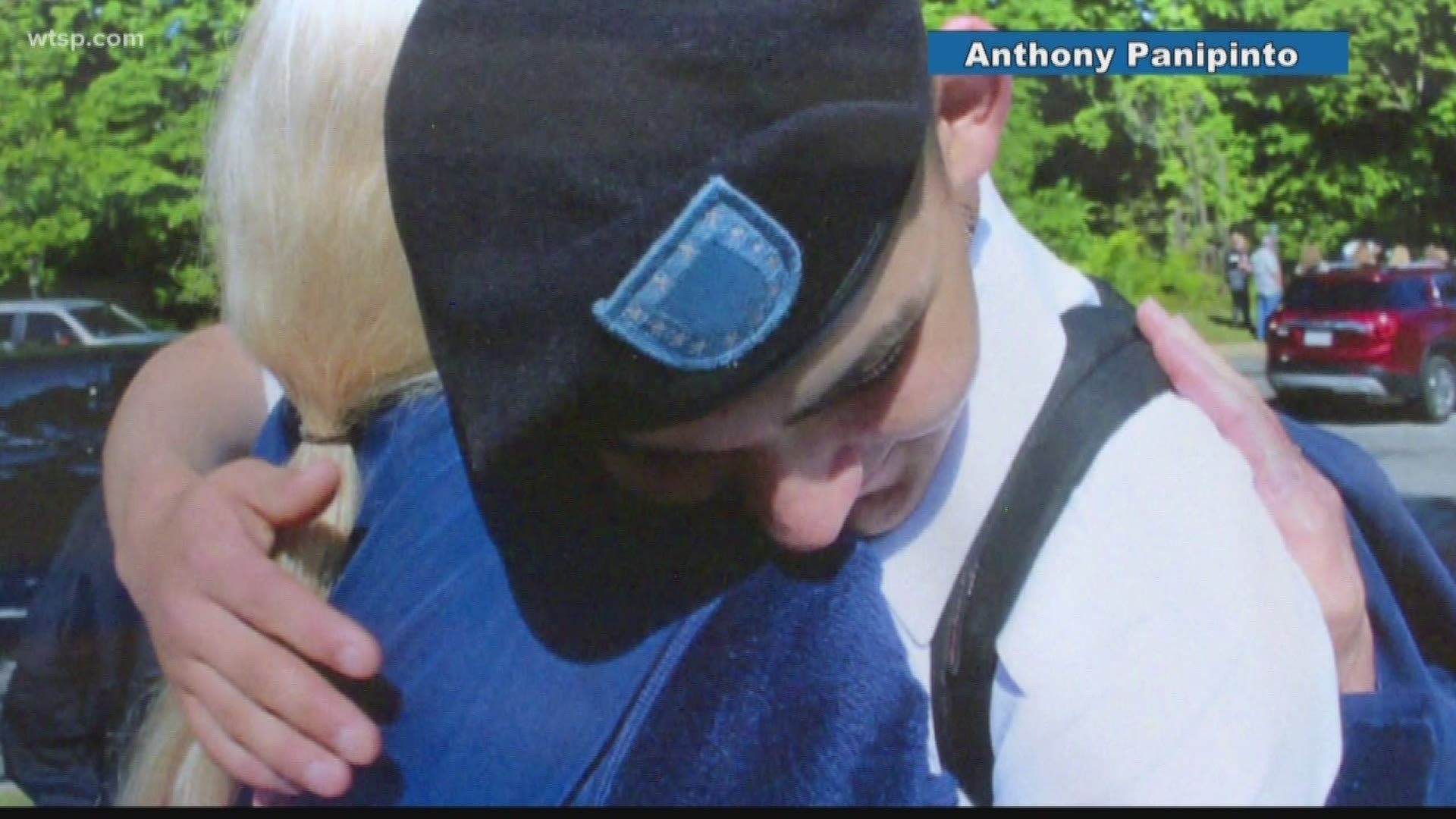 BRADENTON, Fla. — "I don’t know anyone that didn’t like him. Everyone liked that kid," Anthony Panipinto said.

His son, Nick Panipinto, died on Nov. 6th. Anthony says Nick was two years into a three and a half year contract with the US Army. He was stationed in South Korea.

"I thought he was safe, absolutely, for sure. I never in a million years thought this could happen to us," Panipinto said.

Then, last week, two men in uniform showed up to Anthony’s house.

"I walk through the door, and it was just like the movies. They both stood up, one of them was a chaplain," he told 10News.

They told him the “Bradley Fighting Vehicle” Nick was in had overturned. Nick didn’t make it.

The Panipintos say in the time since then, it’s been an outpouring of love from their community.

Now, as they’re waiting for their son’s body to return home, they hope everyone will take a moment to reflect on the sacrifices soldiers make.

"I just want them to think about why they have what they have. You hear the cliché, freedom doesn't come free, it absolutely doesn't," he said.