The book told African Americans where they would be welcomed on the road. 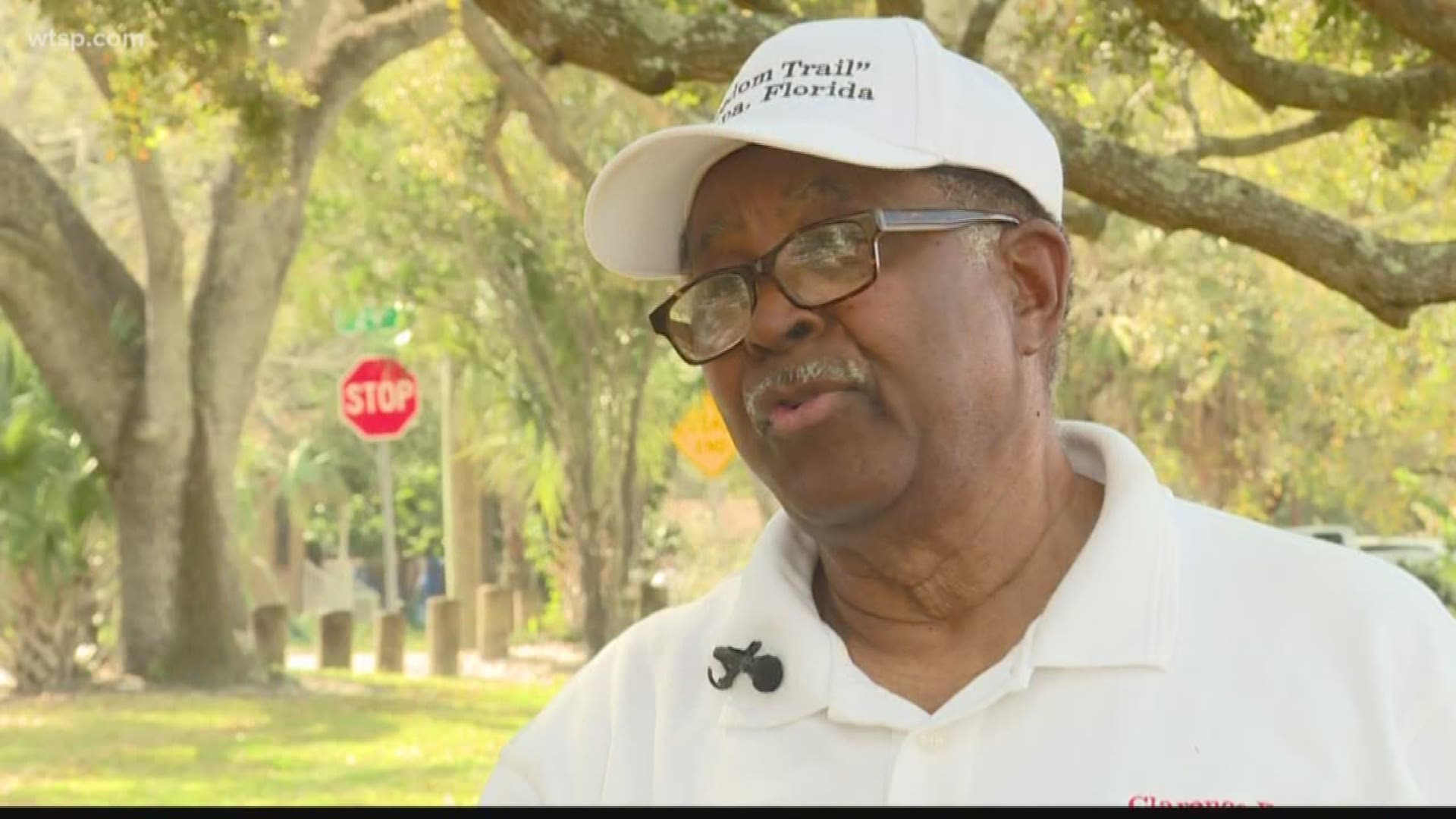 TAMPA, Fla. — When you vacation with family, you don't have to think about how your skin color might impact where you're allowed to lodge, shop or eat.

But for millions of African Americans traveling during the Jim Crow era--smart travel could be the difference between life and death.

Historian Rodney Kite Powell: "For African American travelers coming into Florida, or really traveling around the country, anywhere, finding accommodations that would be safe and that would be welcoming was very difficult during the time of segregation."

So if you were black, you used the Negro Motorist Green Book as your guide.

But he was also Florida's first black long-range bus driver...and faced his share of trouble while traveling.

"If you know it was going to be segregated, you tried to steer yourself around those places," he said. "I can remember pulling into Tallahassee where they had a driver's lounge, and the white bus drivers got up and walked out when I walked in the lounge."

And his options on where he could sleep were limited.

"As I pulled into the station, I asked some of the cab drivers say, 'Listen, do you know where I can get a room?' Well, they had a couple of African American -- something like rooming houses that I could stay in, and that's what I did. but as far as staying in a motel, that was absolutely out."

And that's where the Green Book comes in

Historian Fred Hearns said, "The Green Book, which, by the way, was written by a man named Green, Victor Green, was very significant because it pointed out again those places where African Americans were welcomed, where they didn't have to feel like second-class citizens."

Or where they could avoid places like “Sundown Towns.”

"If you were black, you were not supposed to be on the street when the sun went down," he said. "That existed in a lot of communities throughout America for a long, long time.”

From 1936 to 1966, you could find The Green Book in the hands of blroad tripperspers all over the country.

There were listings for every major city -- including Tampa. The Pyramid Hotel on Central Avenue, or Anthony's Drive Inn on Main Street...

But sadly, not a single location is still standing today.

"It's a testament to what we have done to those historical African American neighborhoods," Powell said. "There's the interstate, there's the interchange, there are large-scale public projects, there are housing projects—none of these places exist anymore except for in the pages of that book."

But there were some safe havens that weren't listed.

One of which is the Jackson House on Zack Street, which still stands today.

"If you came in on the train to Tampa, and you were black, if you didn't have family here or know anywhere else you could stay, there was the Jackson House one block away," Hearns said.

It was a rooming house run by a black family who wanted others black families to feel welcome.

And as we look in history's rearview mirror, we see the need for a Green Book has waned.

But there's always room for growth on top of the progress we've already made.

“We've come a long way," Fort said, "and I'm glad to see it change, and I'm glad that I was a part of one of the pacesetters who were able to endure that in order to make it happen."

There is a movie called “Green Book” that hit theaters last year. It is up for Best Picture at this year’s Academy Awards, which will be given out Sunday.