Valentina Tomashosky was set to graduate in June. 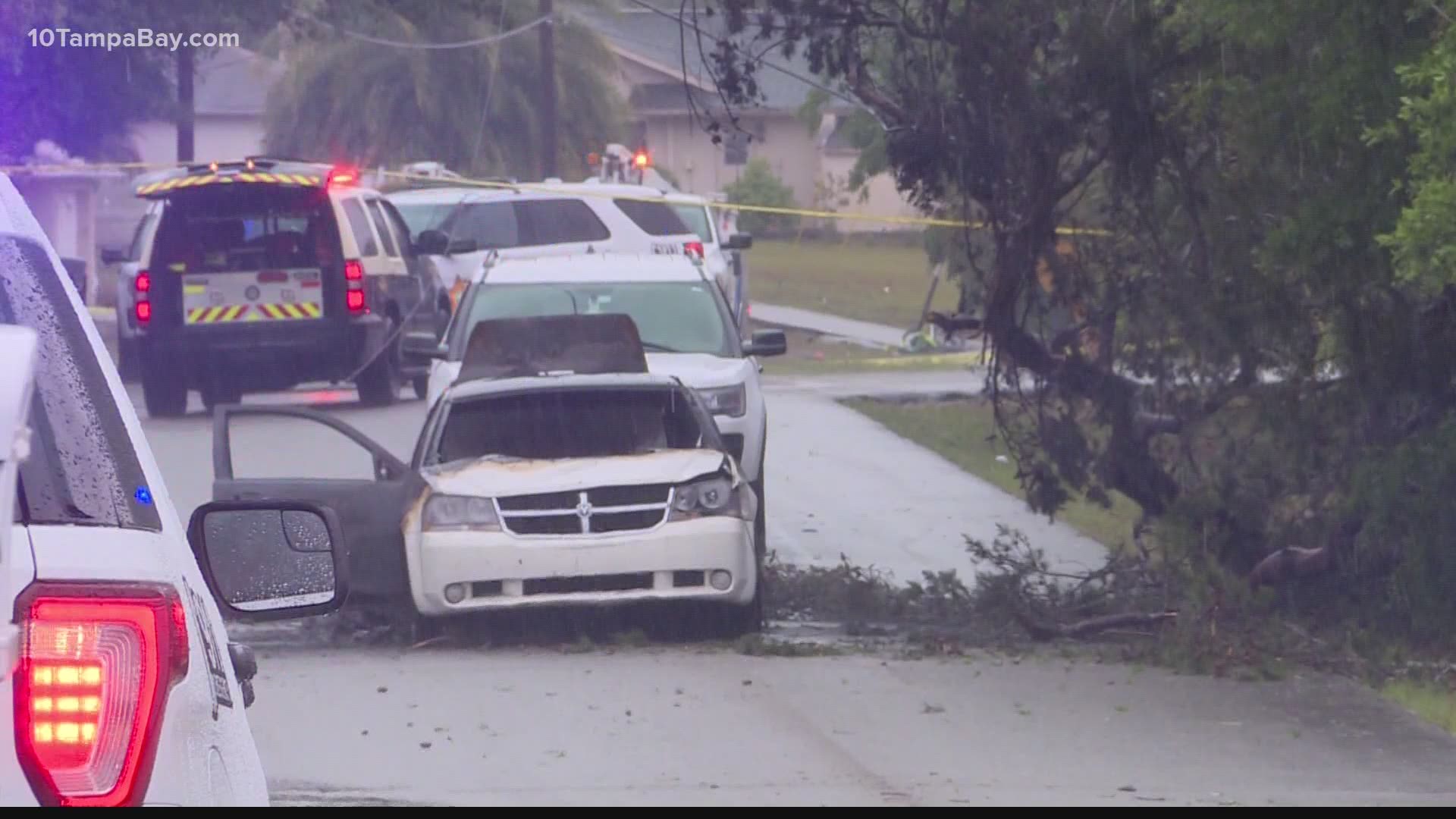 SPRING HILL, Fla. — A 17-year-old girl was electrocuted when she came in contact with a downed power line during strong storms Sunday afternoon.

It happened around 12:15 p.m. on Evenglow Avenue near Hyacinth Lane, according to the Florida Highway Patrol.

Troopers say the teen was heading north when she crashed her car into a power line that had fallen from a downed tree. The car caught fire on its driver's side, prompting the girl to exit out the passenger side of the car.

She stepped onto the downed power line, which killed her, FHP said.

On Monday, a Hernando County School District spokesperson identified her as Valentina "Val" Tomashosky, a senior at Central High School. Tomashosky was a cadent lieutenant in her school's NJROTC program.

She was set to graduate in June and planned to attend Pasco-Hernando State College this fall.

The school district did not have any immediate information regarding funeral arrangements but said a scholarship is being set up by Tomashosky's family in her name.

Strong to severe thunderstorms pushed through the Tampa Bay region over the weekend, bringing with them frequent lightning, gusty winds and heavy rainfall.

Editor's note: The Hernando County fire chief previously said the teen's age was 20. It has been revised to 17, according to the Florida Highway Patrol.