Several families joined a chorus of other military families across the country who’ve complained about health issues. 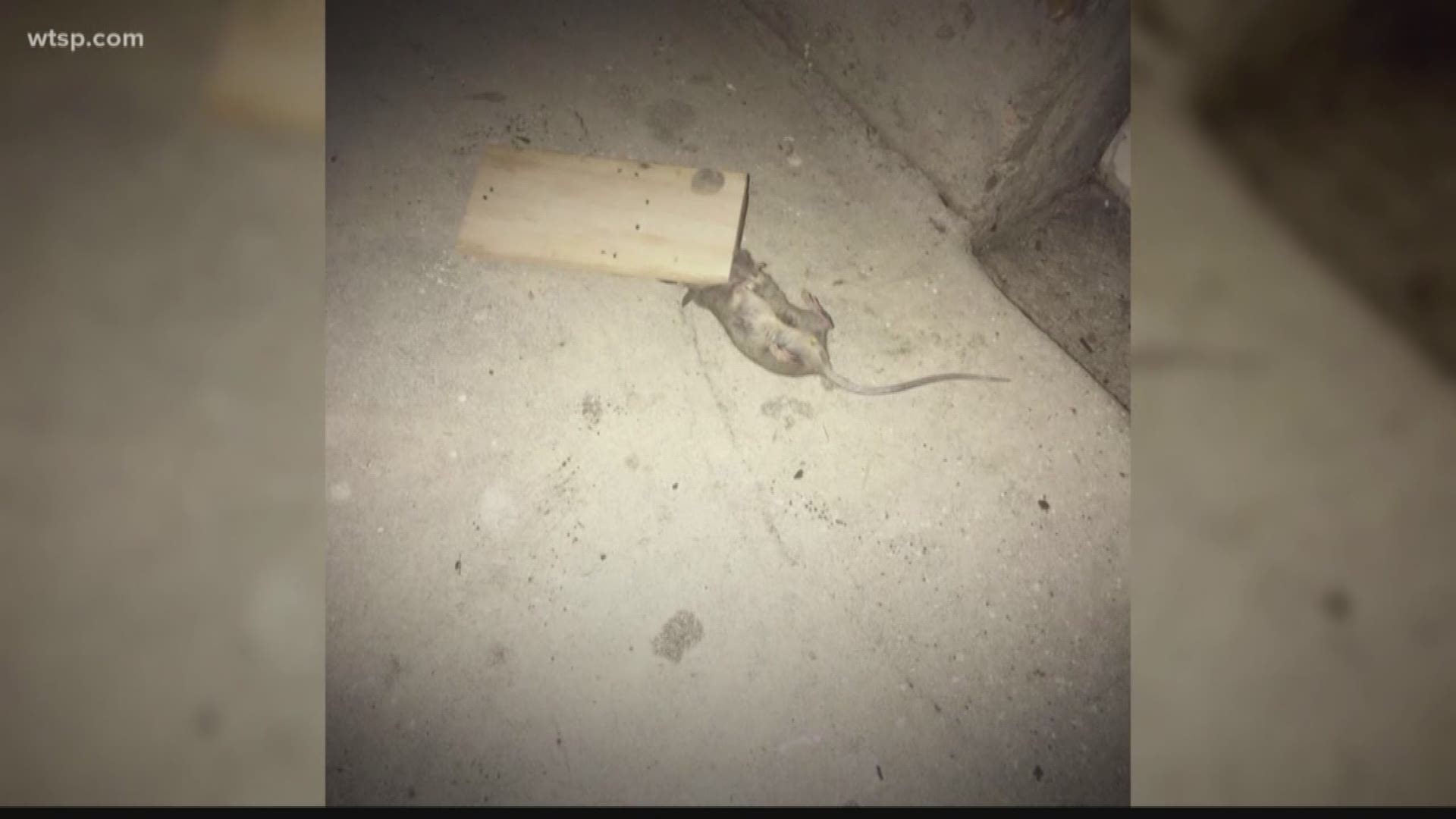 TAMPA, Fla. — Following complaints of mold, rats and other problems with privately managed housing at MacDill Air Force Base the U.S. Secretary of the Air Force planned a personal visit.

The visit was postponed by weather until Friday.

Secretary Heather Wilson on Wednesday agreed to not only meet with base leaders but also to sit down face to face with families who say they’ve been subjected to sub-standard housing conditions.

Anderson said he had every confidence that the housing issues at MacDill and other military bases now were being taken seriously.

“Air Force has taken care of me for the 15 years I’ve been in,” Anderson said. “And I have no doubt they will fix the issue if there is one.”

Anderson and others at MacDill were impressed to hear that Wilson would be paying a personal visit to the base.

Several families at the Tampa military installation have joined a chorus of other military families across the country who’ve complained about health issues stemming from mold and insects -- and even rats inside military housing on bases.

The issues have gotten the attention of politicians like U.S. Sen. Rick Scott and U.S. Rep. Gus Bilirakis.

Congressional inquiries now are underway, and the companies which manage the housing on the various bases in question have, in some cases, been penalized by reducing bonus incentives.

“They were sharing stories of mold, of mushrooms growing in their bathrooms, the situation that they been dealing with, and the trouble they’ve had with this private company that is the landlord in this case,” said Summer Robertson, who is Bilirakis’s Deputy Chief of Staff.

Robertson says Bilirakis met with Wilson to relay concerns and was given assurances.

“He was able to see for himself -- there’s a big difference between reading about something or listening to somebody’s story and actually going out and looking at the homes and seeing the conditions that they are faced with,” Robertson said. “And so, he is glad that she is here.”

MacDill is an Air Force Base, so the Air Force is the service branch dealing with the issues raised here, but there are other branches at other bases across the nation facing similar problems.

Members of various military branches of service also live at MacDill, including top commanders, whose own houses have had issues.

Until now, several military families voiced concern that they felt they had no recourse.

Housing expenses are deducted directly from military paychecks. So, with no way to withhold rent payment until issues got fixed, many felt they’d gotten nothing but lip service.

“If they can’t do it for our military, they shouldn’t be doing it for too many other people, as far as I am concerned,” said Rick Hardwick, an Army veteran who was actually born at MacDill.

But now with so much scrutiny and Wilson taking a personal interest, there’s a sense that help is on the way.

“They are contacting 100 percent of the people who live on base and asking them directly if they have an issue,” Robertson said. “And if they do, they are bringing this forward to get the job done.”

The Air Force is also considering a tenant’s bill of rights so military families living on base could withhold rent payments until their complaints are resolved by an impartial third-party.

There’s also a proposal in the works to let base commanders withhold payment to private property management companies or even force them to reimburse tenants for damages and expenses.