'It's long overdue': Some Cubans who left years ago ask for their president to be overthrown

They protest here at home because fixing policy isn't enough. 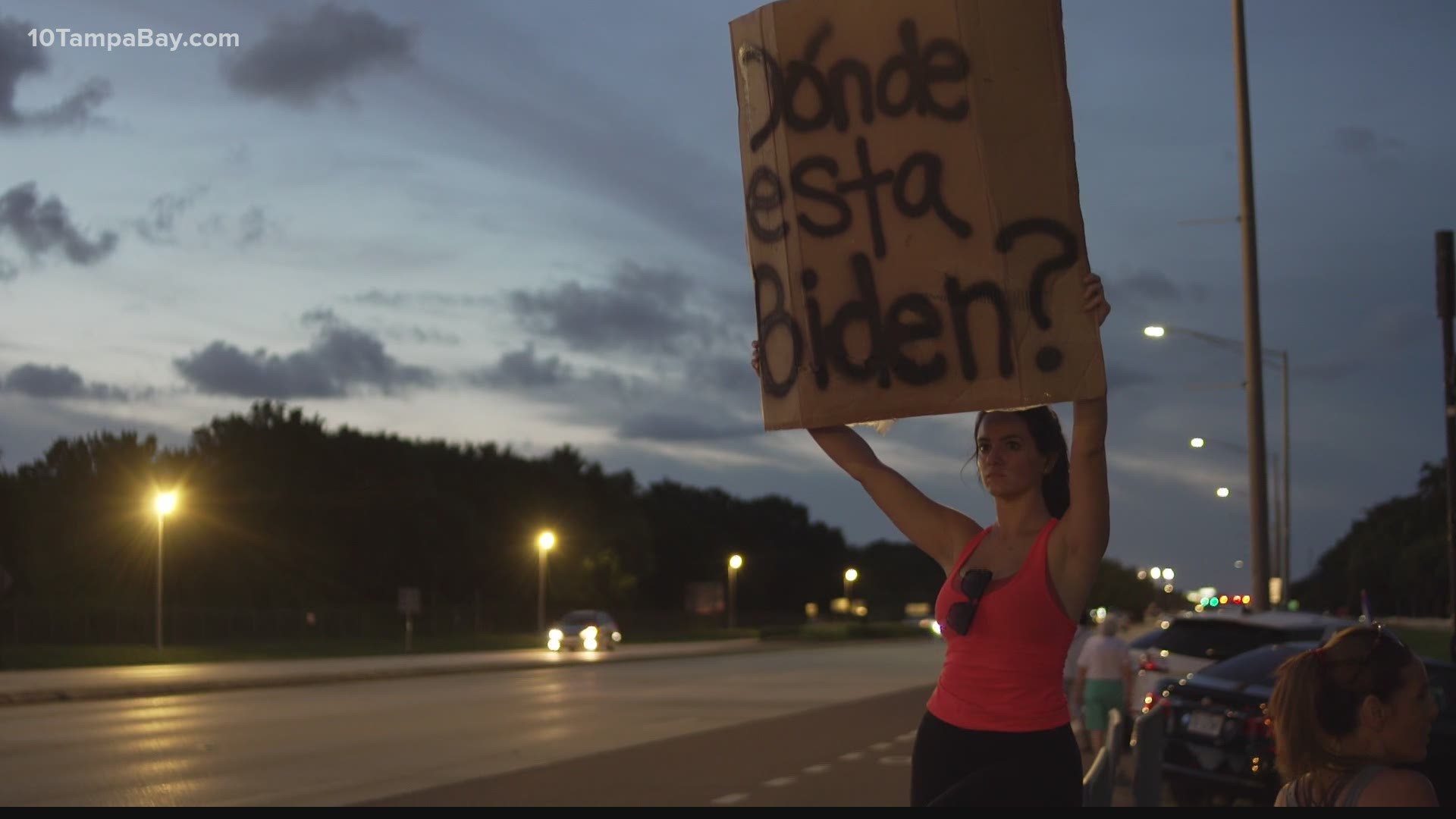 TAMPA, Fla — After 10 days of demonstrating in the streets of Tampa, a passionate group of Cubans is calling for action.

"We have freedom. We're in the free world. If we don't support them, who's going to do it?" Raciel Gato said.

As they fight to bring awareness to what's happening in their homeland, they say they want the U.S. government to step up.

Senior administration officials say President Joe Biden just took the first step Monday to help Cuba. He has asked for a group to review the U.S. remittance policy so any money sent from Cuban Americans will make it to their loved ones.

RELATED: Cubans who fought for the American Dream now fight for their country's own freedom

"I think we're appreciative. I think the Cuban people are appreciative, but I don't think it's enough, unfortunately. I really think that, you know, it's been 62 years these poor people are suffering. They want to be free like Americans and I think it's time to step it up and have some kind of intervention and get rid of that regime," Chanel Tabares said.

"We need them to continue to be strong and press on the government the way that we're pressing so that together we can get change. That's what we need. We're long overdue with this story," Vega said.

While the federal government continues to search for ways to help the Cuban people, Cuban Americans here in Florida are taking matters into their own hands.

A flotilla of dozens of boats from South Florida is planning to make a trip close to Cuba to show their support for the island Thursday. Thousands will also travel to Washington, D.C., this weekend to protest at the White House.