Tuesday evening, a dozen neighborhood kids and their parents gathered to light candles and pay tribute to Stephanie and Ricky Willis. 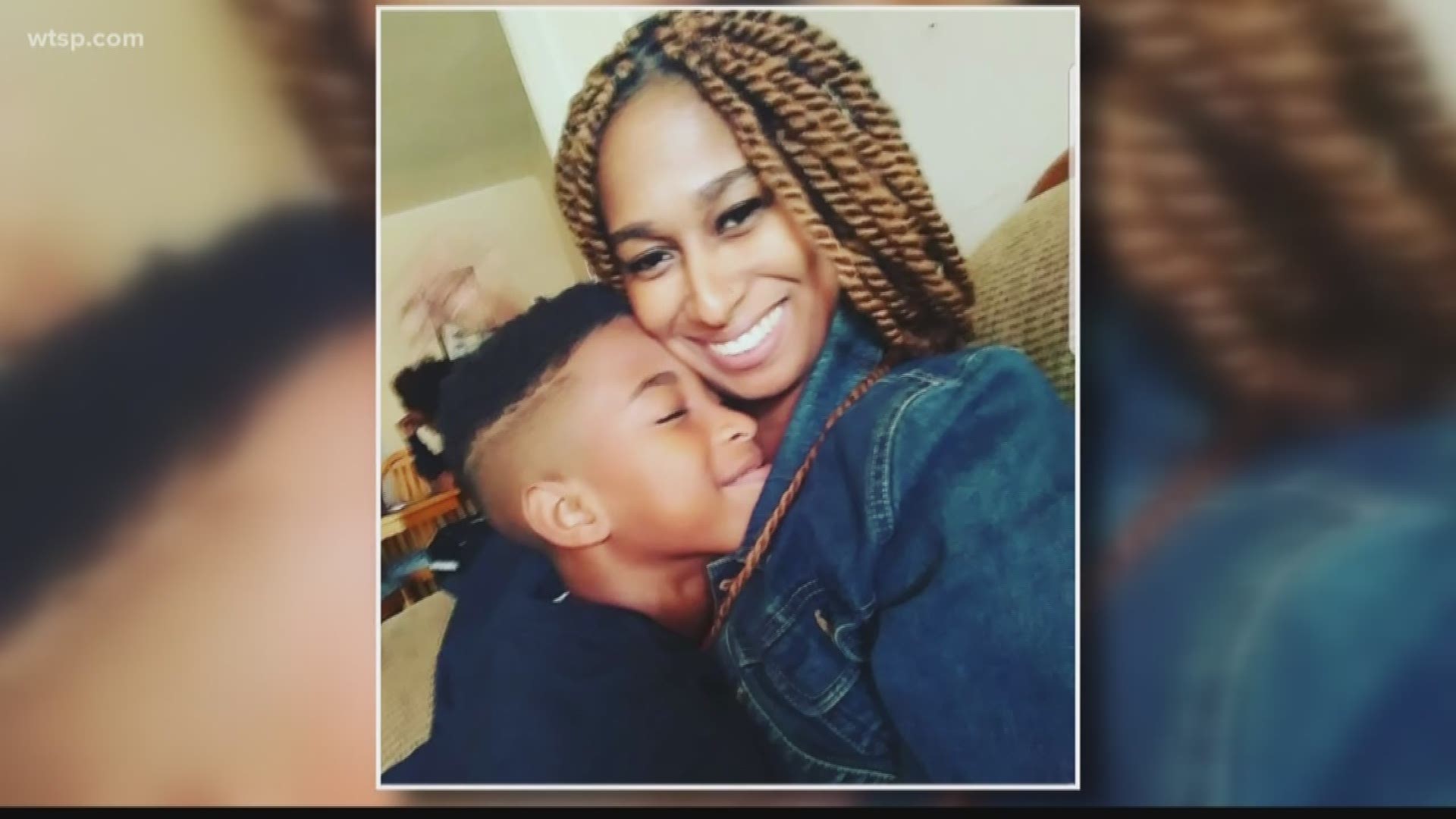 TAMPA, Fla. – When she got the call, Courtney Hightower thought it was a lie.

“You hear stuff like this on TV, you never think it’s going to be your family,” she said.

She couldn’t believe her cousin Stephanie Willis—a woman who felt more to her like a sister—was dead.

No way. Certainly not how police were saying it happened.

“I never would’ve expected this,” she said.

Hightower and a few other relatives arrived in town Tuesday from South Carolina. She had just visited Willis and her son Ricky, who went by his middle name, Ryon, for Mother’s Day. She didn’t expect she’d be back under these circumstances.

“The only thing I see good out of this situation is that they’re together because they wouldn’t have been able to live without each other,” Hightower said, with tears streaming down her face.

Hillsborough County deputies say 34-year-old Willis and her 10-year-old son were shot to death Sunday evening in their Mariner’s Cove apartment in Tampa.

Willis’ live-in boyfriend Tyrone Johnson admitted to pulling the trigger, according to deputies, after an argument escalated over changing the TV channel to watch football.

According to an arrest affidavit, deputies said Johnson claimed Willis pushed him off his knee roller, which he’d been using due to a foot injury during his time in the military. He said he was on the ground when he fatally shot her and her son.

Evidence of gunfire and blood found under the bed in Ricky’s room contradicted Johnson’s claims that both killings happened in the couple’s master bedroom, according to court documents.

Relatives of Willis say they were aware of some of her prior rocky relationships but they thought this one was different.

Johnson moved in shortly after the death of his own son last New Years, Hightower said.

Tuesday evening, a dozen neighborhood kids and their parents gathered to light candles and pay tribute to Stephanie and Ricky.

“He was always over at the house. He would come and just hang out,” said Chely Figueroa, whose son played with Ricky.

One child was so overcome with emotion he fainted, prompting a call to medics.

Several of Willis’ relatives were visibly upset during the vigil.

►RELATED: No bond set for Tampa man accused of killing woman and boy

“I want the community to know that she was loved by many and hated by none and I really have nothing else to say.”

Johnson remains in jail without bond.

Relatives have started a GoFundMe to raise money to cover funeral expenses.