"He was undoubtedly a great man who was respected and revered by the community he fervently protected," Sheriff Chad Chronister said. 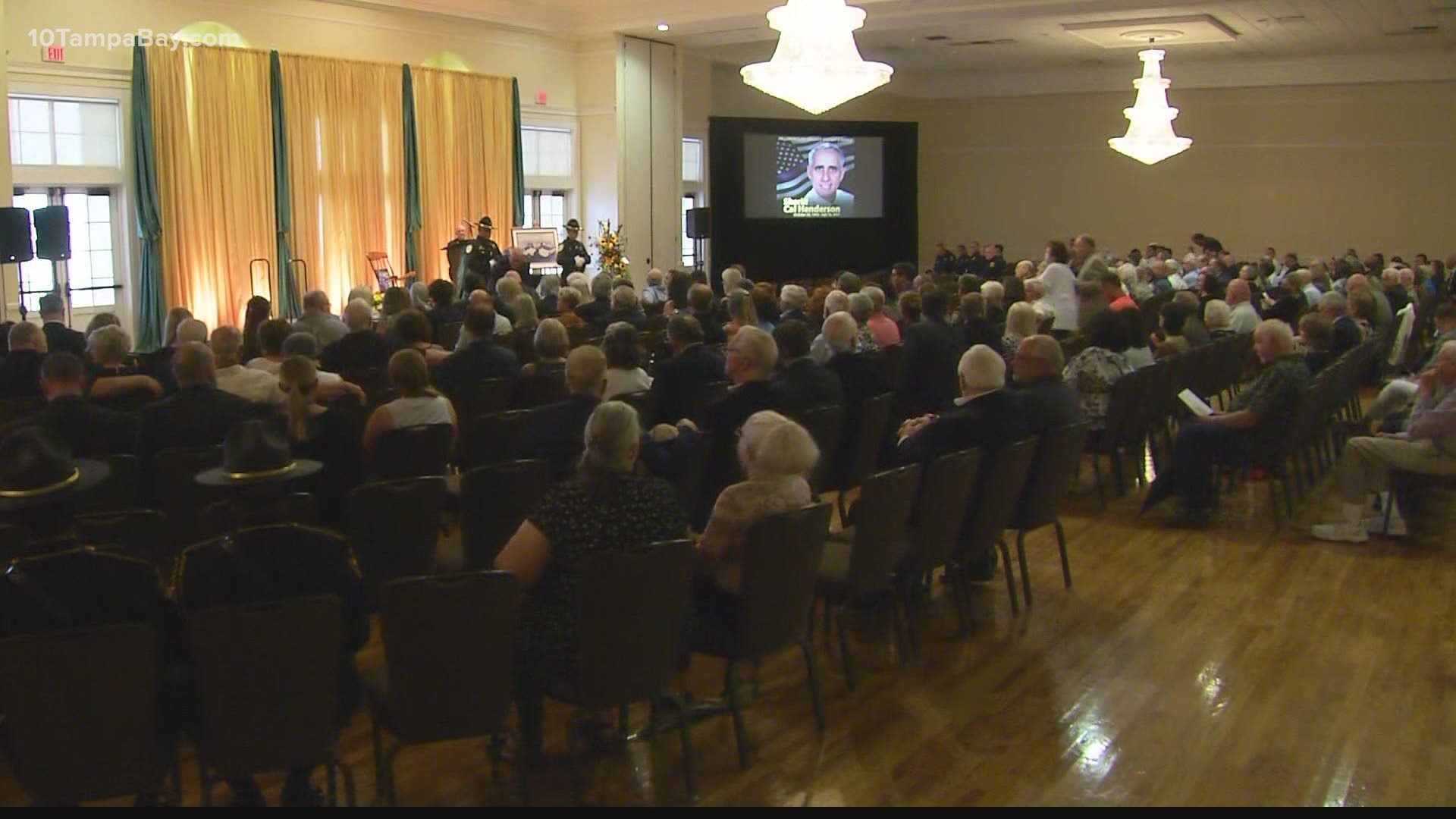 "If you knew Cal, you would know that he's probably saying 'why are all you guys here? It's not necessary. Go home.' Such a humble person," a speaker said of the retired sheriff.

Speakers shared stories about Henderson and lauded his service to the community while filling the top spot at the sheriff's office.

"He was undoubtedly a great man who was respected and revered by the community he fervently protected," Sheriff Chad Chronister said.

A family member recounted how Henderson was always there for them when it came to giving advice or bringing a calming presence during troubled times. His sister-in-law also shared about Henderson's "final act of service" by being an organ donor and allowing his brain to be used for research at the University of Florida.

"He was the same Cal Henderson regardless of the role he was in. He treated everyone with the same respect and kindness whether he was talking to someone like General Tommy Franks or to a homeless person he encountered along the way," his sister-in-law said.

The ceremony also featured a video tribute, flag presentation to the family, 21 gun salute, and the playing of "Taps" and "Amazing Grace."

After beginning his law enforcement career with the Tampa Police Department in 1965, he went on to join Border Patrol in 1967 before eventually working with the CIA in South Vietnam.

He was hired by the sheriff's office in 1969. During his time there, he rose from patrol deputy to major in each of the agency's operational divisions. He was promoted to colonel in 1985 before becoming sheriff.

Henderson is survived by his wife, who still lives in Hillsborough County, as well as his daughter, two grandkids, and two sisters.

If you would like to leave a note in remembrance of Sheriff Henderson that will be compiled into a memory book for his family, send an email to HendersonHonors@teamhcso.com.