'It's not the same for everyone, and no one's safe': 25-year-old shares her battle with COVID-19

Catherine Hanna had severe shortness of breath but was able to fight the virus at home. 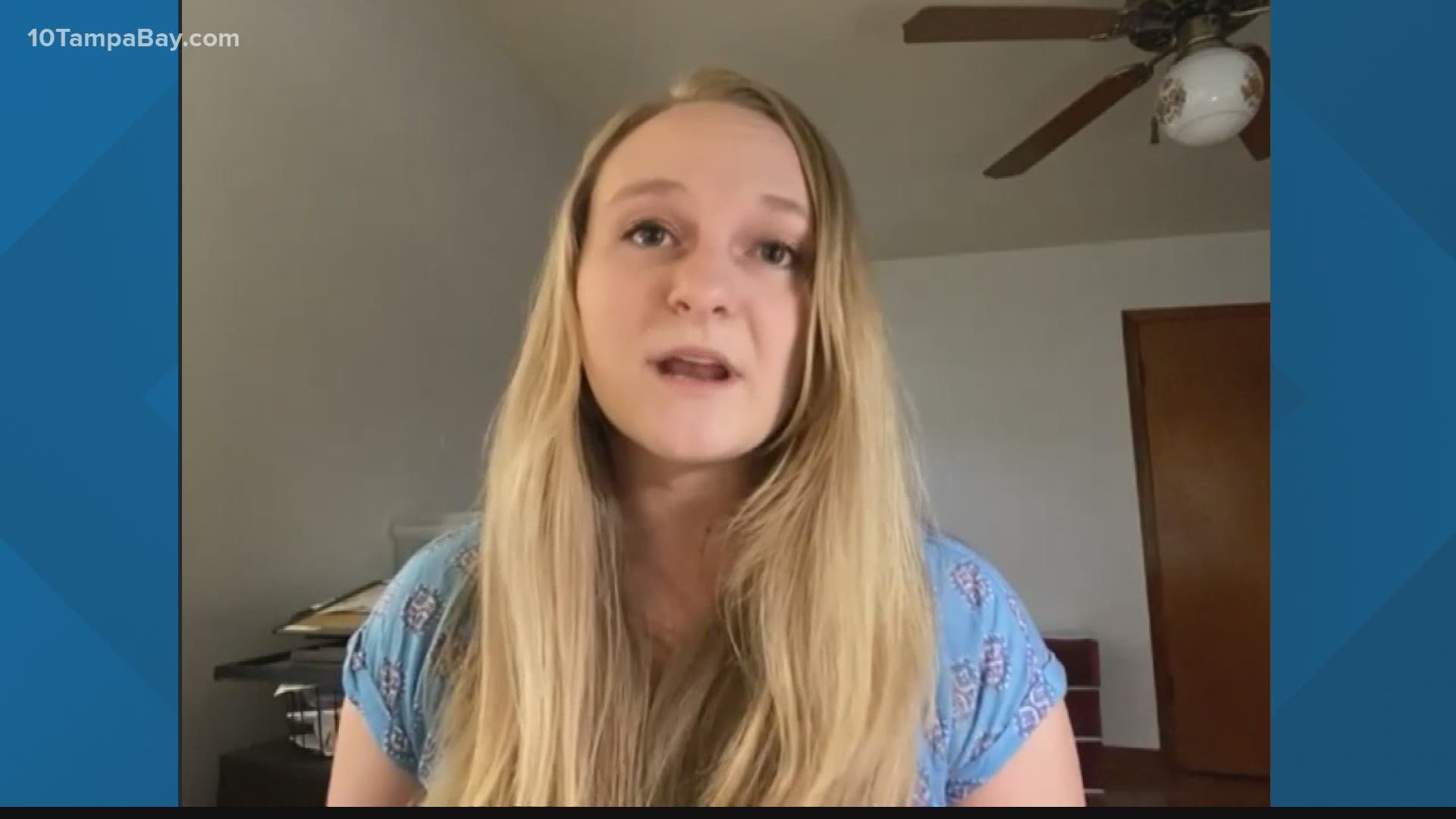 TAMPA, Fla. — Of the hundreds of thousands of coronavirus cases here in Florida, the majority are among younger people.

The group with the most cases are those aged 25 to 34, according to the Florida Department of Health. And while that group doesn't typically have as many complications and hospitalizations, issues can still arise.

That was the case for Catherine Hanna, a 25-year-old in the Tampa Bay area. She and her husband followed the stay-at-home order, but as things started to open up, they started to venture out.

“He really was itching to get back and when the gyms opened up, he was as careful as he could be," Hanna said. "But eventually, it made its way into our house.”

When they both started showing symptoms, the couple immediately went to get tested.

“We got the testing done the next day, and by that evening, we knew," Hanna said. All the while, their symptoms got worse, further confirming their diagnosis. "Probably within the 24 hours, that's when the headache and the cough and just the constant drainage started.”

While her husband dealt with cold-like symptoms, Hanna's felt much worse.

“My personal course was a little bit scarier, honestly," Hanna said. “So one moment I would be fine. And then the next moment I would feel like I just could not get enough air. Almost like if you if you dove to the bottom of this swimming pool, and you underestimated the amount of time that you needed to get to the top.

“It's those first few seconds before you get to the top and can gasp for air.”

It's like drowning above water: “And I would say that there for about 24 hours there where I was terrified," Hanna said.

Fortunately, Hanna is a medical student, so she monitored her oxygen levels at home and was able to avoid the emergency room.

But she recommends others consult a doctor if they experience the same symptoms she did, saying, "I recommend talking to your doctor or going into the emergency room because yeah, it's scary and it can kind of flip like a switch from zero to 100 very quickly.”

While Hanna is grateful for the outcome, her experience with COVID-19 was far from smooth, and she recommends other young people heed that as a warning.

RELATED: Army veteran dies from coronavirus at 37; friends hope his death serves as a cautionary tale