Voters passed the referendum in 2018. At the time, school leaders said the district needed the tax money to compete with schools in Sarasota and Pinellas counties. 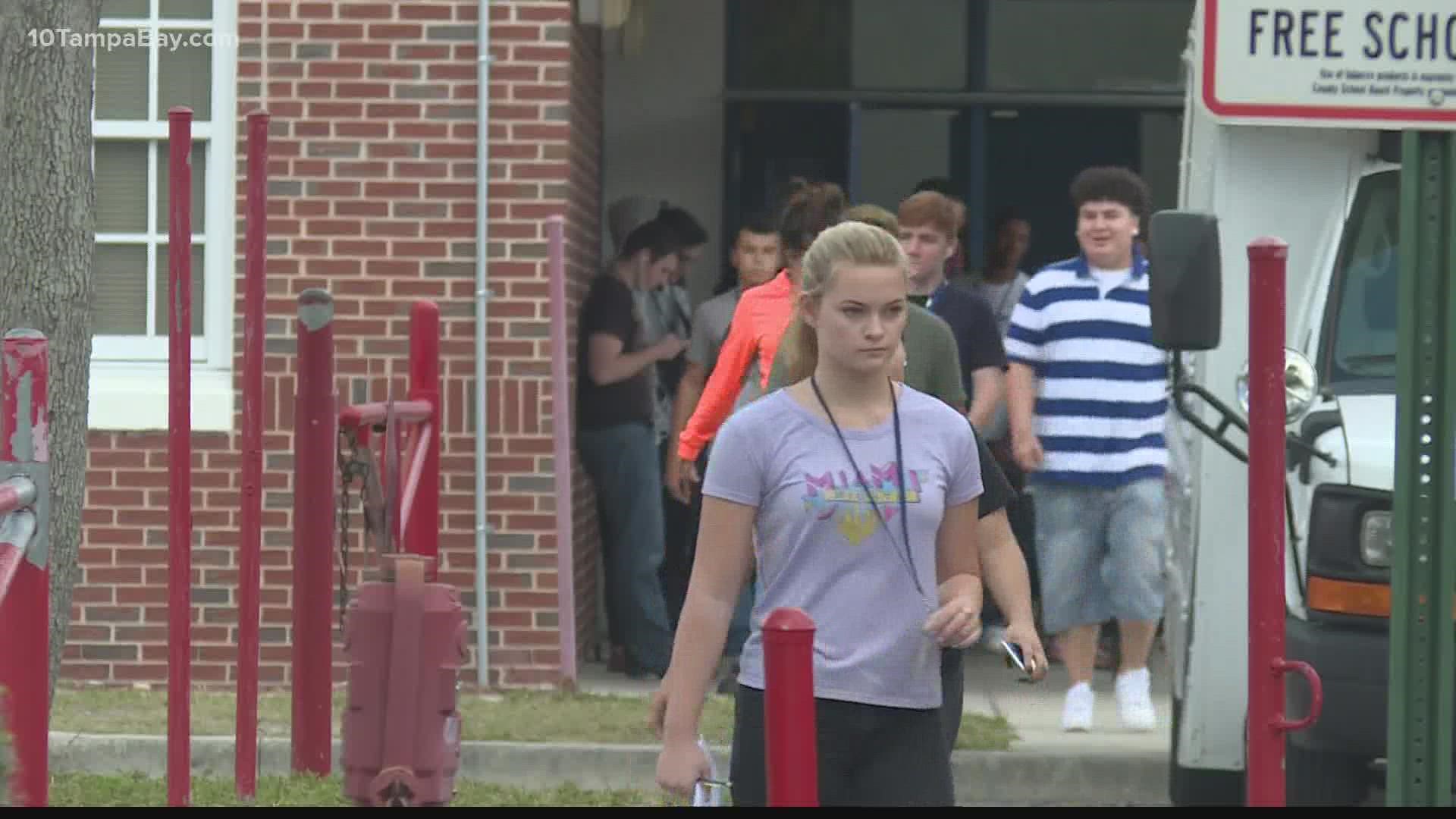 MANATEE COUNTY, Fla. — The Manatee County School District and county leaders have added another focus on the issue of funding.

A local political committee made up of county leaders and educators is hoping voters will renew a Manatee County school funding tax referendum which was passed back in 2018.

Forward Manatee says the referendum is working - with just around $40 million going into schools. They want the half-cent sales tax to continue for another 4 year cycle up until 2026 so that teachers and students would continue getting the resources they require for success.

"It puts money into the STEM programs, into STEAM programs and coming up are the Arts programs so that's huge," said Terri Rhode, a teacher with Manatee County Schools.

The referendum gave teachers, on average, a $5,800 pay raise. It also extended the school day by 30 minutes. In order to afford the referendum, property owners agreed to pay $100 for every $100,000 in property value.

At the time, Manatee County school leaders said the district needed the tax money to compete with schools in Sarasota and Pinellas counties.

Davis-Cotton, who is also part of the Manatee County School District's Arts Council, said she was pleased that performing arts was being added to the list of referendum benefits. She also spoke at the launch event at the Manatee County Chamber of Commerce.

"It's working so let's keep it going let me say it just one more time, keep it going for students and teachers," said Dr. Denise Davis-Cotton in a short vocal presentation.

"Education, a well rounded education was my avenue for success and the arts saved me so as an 11 year resident of Manatee county I support this referendum because it's working. The teachers and students deserve to have the benefit of being in a district that provides first-rate high-quality well-rounded educational services," Davis-Cotton said.

The referendum, which expires on June 30, 2022, brought in more than $38 million in its first year and increased slightly over subsequent years.

Part of the money goes towards expanded career and technical training for students. But 51 percent of the funds are used for pay raises for teachers and staff as well as to fill vacancies and various talent recruitment incentives.

"We needed to attract and retain the talent pool, our teachers our bus drivers and so on and so forth so a big portion of that goes into that investment," said Cynthia Saunders, Superintendent, Manatee County Schools.

"It's the difference between being able to work one job in the school or having to work two jobs," said Rhode.

If voters approve a renewal, the referendum could bring in an estimated $45 million dollars for the next school year

"Our goal is to definitely garner a larger percentage of the community feeling that this is favorable and this is what's needed and it needs to continue for the sake of our children and our students" Saunders said.

On the ballot in the November election ballot, Manatee voters would see "Yes" to continue the funding renewal or "No" to stop it.

If the current millage rate isn't renewed, teachers would stand to lose an average of $5,000 per year. There could be staffing shortages and various academic and recreational programs for students could be cut.

Voters have until October 4th to get registered to vote in the Nov. 2nd election which is when the Manatee County's School Board Referendum Election takes place.

The deadline to request a mail-in ballot is Oct. 23rd and the ballot would need to be returned before 7 p.m. on Nov. 2nd.