The teen's mom says her son was trying to leave school for an orthodontist appointment. 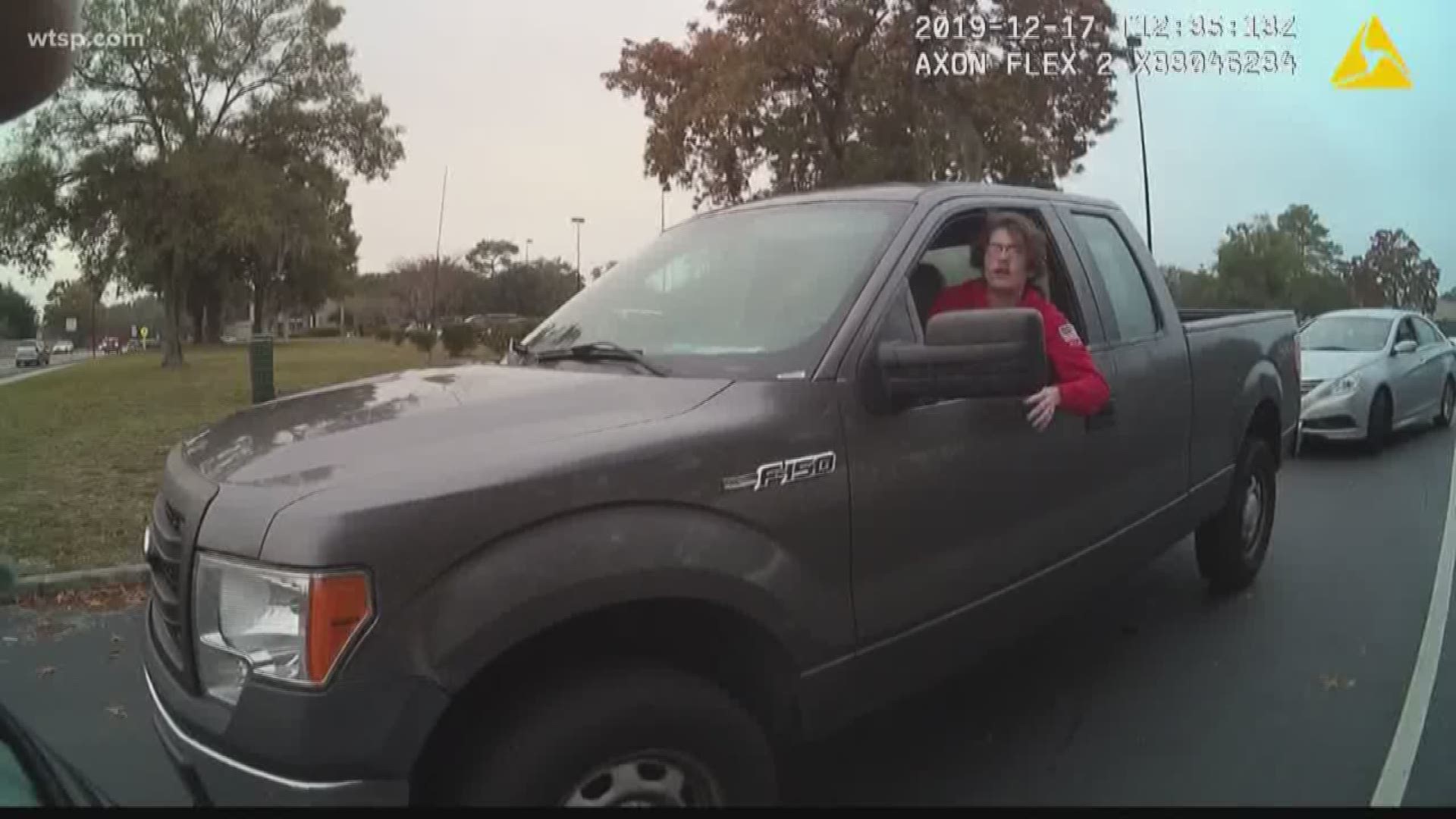 NEW PORT RICHEY, Fla. — Nedra Miller said her son was trying to leave his high school for an orthodontist appointment.

A body cam video shared hundreds of times on Facebook shows a school resource officer threatening to shoot Miller's son, William, as he tried to drive out the parking lot. A River Ridge High School discipline assistant was also there talking to William and telling him he wasn't allowed to leave.

Since the video was shared, it's racked up more than 1,000 comments debating whether the officer and school employee went too far. The Tampa Bay Times reported the story last week, giving it even more attention.

When the video starts, the confrontation is already in progress. William is in a gray pickup truck trying to leave the student lot. The deputy is with Cindy Bond, the discipline assistant.

Williams tells them he is old enough to leave and is allowed to do so. The deputy says he is truant. About 16 seconds in, William tries to move his truck around the deputy and Bond, and the SRO threatens to shoot him.

The two adults continue to argue with William, saying he needs to get a parent on the phone to get permission to leave. As he continues to say he is allowed to leave, the deputy and Bond continue to say he can't.

Bond says he will be suspended for truancy, defying authority and profanity. William doesn't curse in the video; but Bond, a white woman, says in the video that he called her a n---er.

Miller said her son was expelled from the school following the incident. She also made a video request from the Pasco Sheriff's Office for the body cam footage, which she shared on Facebook.

"I know he is no angel," Miller said. "But that is why he had an IEP, and people in charge shouldn't be making things worse; and the school has violated his rights under the disability act."

An IEP is an Individual Education Program for students who are eligible for special education, services and school support.

After being expelled for the incident in December, William started on Monday at Harry Schwettman Education Center.

The Pasco Sheriff's Office, which employs the SRO, said it cannot release the officer's name because the incident is under "Internal Review." The deputy is still working at the school because it wasn't a criminal complaint.

The sheriff's office also said the video shows from the moment the deputy turns on his body cam. It's not clear how long the three had been arguing before the video started.

10News also reached out to the school board, which sent the following statement:

"Although we do not condone employees using foul language, it's important to point out that the [body-worn] camera video did not capture the entire incident. Ms. Bond was repeating something the student said before the BWC was activated. The deputy was reacting to the student's action of putting the car in drive and turning the wheels toward him and Ms. Bond. While neither adult properly de-escalated the situation, I caution anyone from forming an opinion without having all of the background information associated with this incident. The River Ridge High School principal addressed Ms. Bond's actions with a letter of counseling, and the Pasco Sheriff's Office is addressing the deputy's actions."