Don't panic! Parents hoping to keep their students in the same school are getting the opportunity to do so. 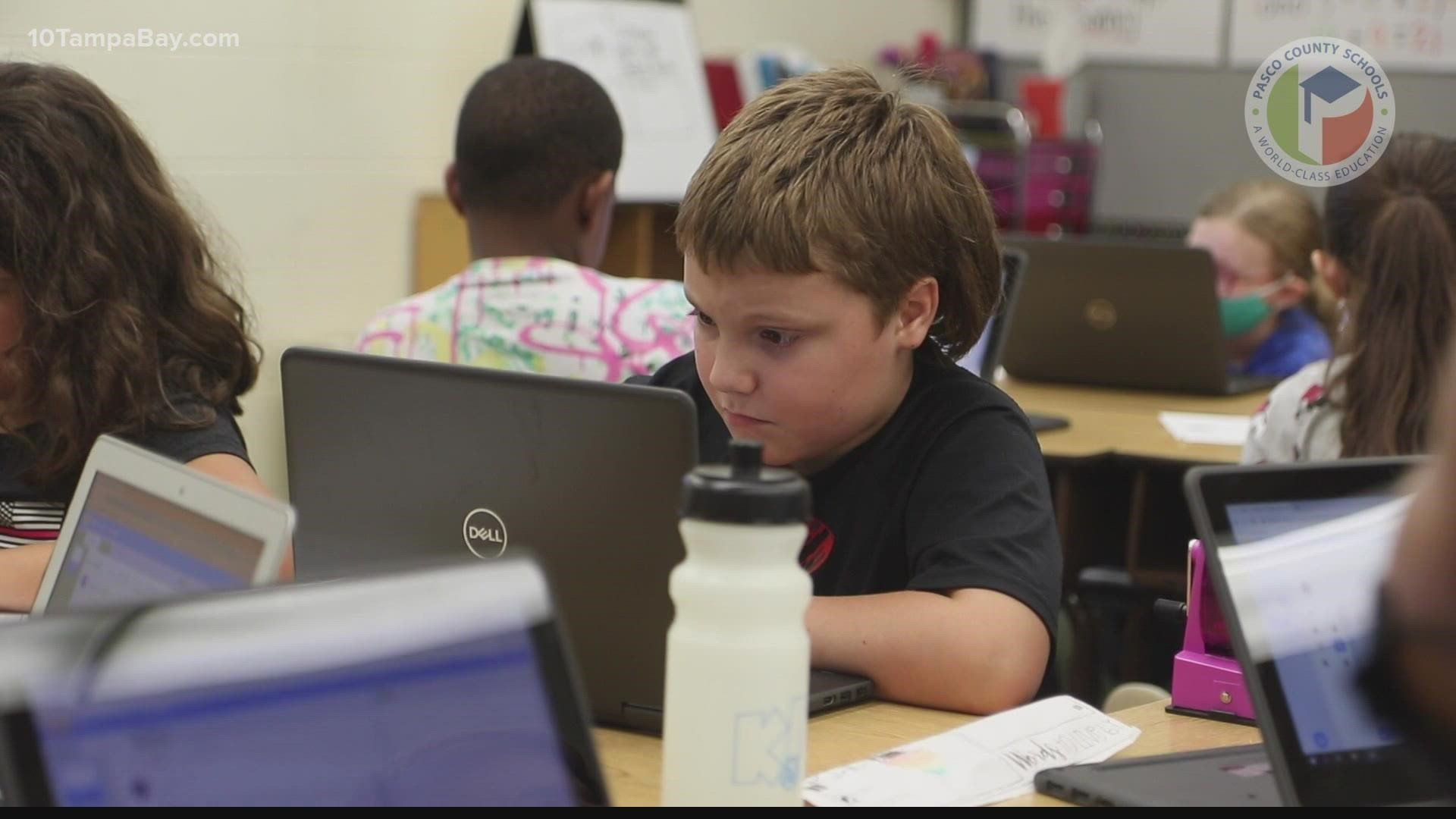 PASCO COUNTY, Fla. — Pasco County school board members will consider rezoning more than a dozen schools Tuesday night at opposite ends of the county in a move that's expected to pass without any issues.

It comes as two traditional public schools are being transformed into STEAM magnet schools for the 2022-2023 academic year. The current campuses have slightly lower attendance, and district leaders say altering them will create opportunities for students and families.

The STEAM acronym stands for Science, Technology, Engineering, Arts, and Mathematics – a variation on the more widely-known STEM. STEAM schools focus their attention on those subjects, in an effort to prepare students for colleges and careers in such fields.

Teachers at STEAM schools try to avoid teaching topics by themselves and focus on weaving them together and giving students opportunities to practice problem-solving in real-world situations. Done properly, the district hopes STEAM instruction paves paths for students to become leaders and innovators.

Right now, Pasco only has one STEAM magnet school: Sanders Memorial STEAM Magnet Elementary School in Land O' Lakes. As a magnet school, students must apply to be admitted. Admission is granted based on a lottery system. And, there's a waitlist.

The magnet STEAM schools will not have an attendance boundary. The rezoning vote will focus on having the adjacent school zones absorb the boundary those schools currently hold. The attendance boundaries of the surrounding elementary schools adjacent to Centennial and James M. Marlowe would be expanded. There are proposals to adjust other boundaries, too, to accommodate future growth and ensure components of neighborhoods are zoned for the same school.

Parents and guardians of children already at those two schools do not have to worry. They'll be able to enroll their kids at the refreshed STEAM versions of their current schools. The district says it has already contacted guardians about opting-in their students at those locations. Families of current students will get first-dibs.

"So not only will the students that live in that area and already attend the school be able to go there, but other students who live outside of that immediate area who have interest in the STEAM theme will be able to go there, and we'll have room for them," explained Steve Haggarty, the public information officer for Pasco County Schools.

"School choice is definitely here to stay, we have to offer choices to parents based on their interests, their children's interests," Haggarty said. "STEAM is a great way to attract people to a school."

If everything goes as planned, a STEAM school will soon be located in west, central and east Pasco County. Families will be able to apply to one of the three magnet campuses based on where they live.

Correction: A previous version of this story mischaracterized which campuses were being rezoned. The article has been updated to make it more clear.