The organization has been the Tampa Bay area's lead agency for child welfare and foster care services. 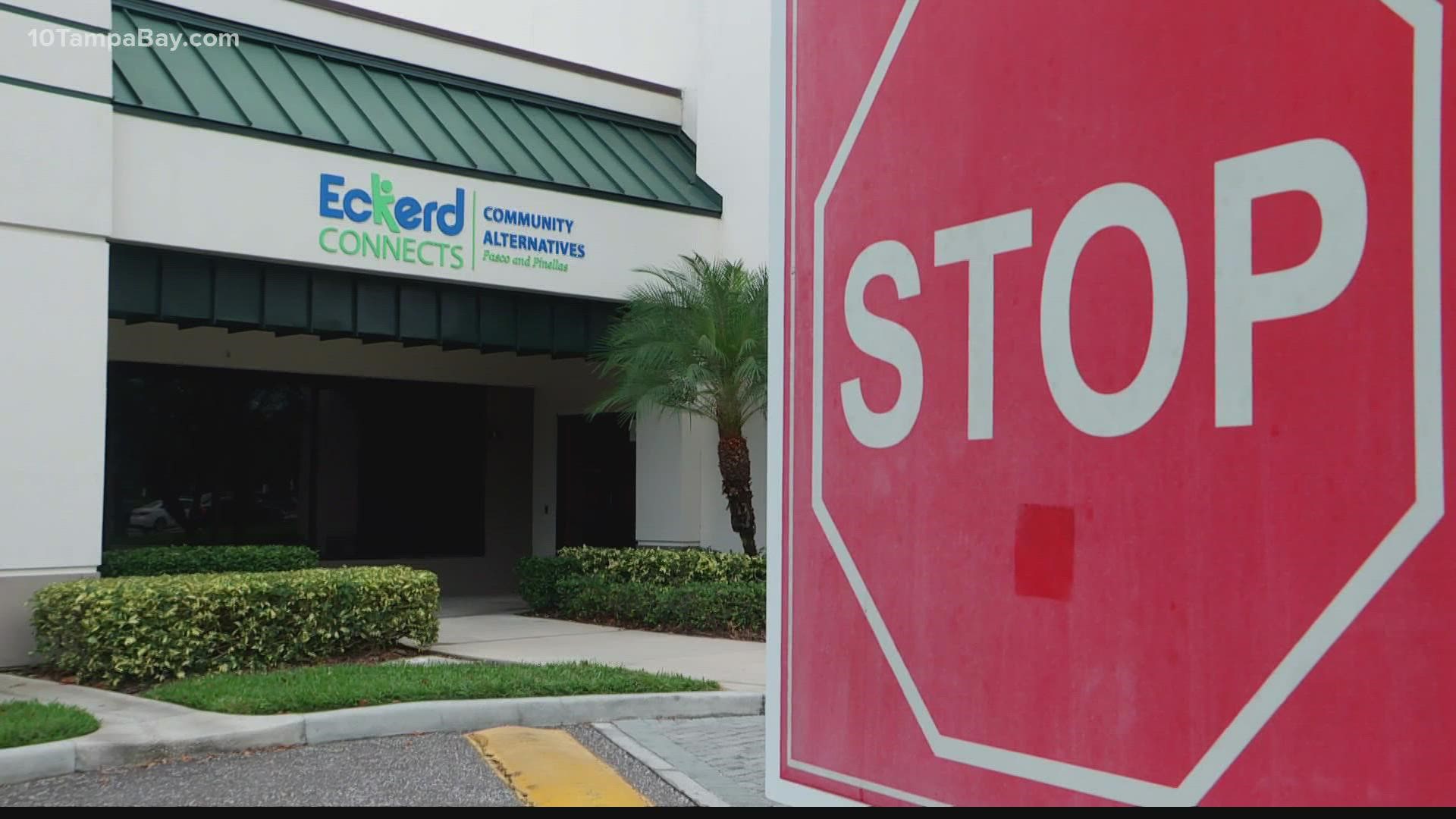 ST. PETERSBURG, Fla. — The Pinellas County Sheriff's Office is launching a criminal investigation into child abuse and neglect after it says kids under the care of Eckerd Connects Community Alternatives have suffered.

The organization has been the Tampa Bay area's lead agency for child welfare and foster care services.

Sheriff Bob Gualtieri says while Eckerd's services, over the years, have been "substandard and in many cases, ineffective," more egregious actions have recently come to the sheriff's office's attention.

According to the sheriff, Eckerd has about 60 to 70 kids who are considered to be under a night-to-night status, meaning the kids don't have a regular placement and are moved around on a nightly basis.

Of those kids, the sheriff's office says it learned about six a night have been sleeping on cots and under desks at Eckerd's administrative office in Largo without clean clothes, toiletries, hot meals or clean shower facilities.

“The conditions in which these children have been living at Eckerd’s offices, frankly, is disgusting and deplorable," Gualtieri said, adding that the conditions kids are in at the office are just as bad or worse than the homes they were removed from.

The Largo Police Department has also been reported to have responded at least 30 times to the administrative building during the last month due to disruptive kids who are causing problems with staff and for runaways.

In one instance, Gualtieri says three teens left the office at night and climbed a ladder to the roof, but one fell and had their "gut split open" by a piece of metal sticking out from the ladder.

On another occasion, two kids had access to unsecured medications in the office's conference room which led to one overdosing, the sheriff added.

But deputies say the issues span behind what is happening inside the walls of Eckerd's administrative office.

According to Gualtieri, some night-to-night placements are being put in unlicensed facilities where one child was able to get access to an unsecured gun and another employed someone facing charges for racketeering and conspiracy to distribute hydrocodone.

“So, yeah, they put a drug trafficker in charge of vulnerable kids," Gualtieri said.

While the scope of the investigation may expand, the sheriff's office says it is focused on the organization and senior management, not the "line workers."

As reported Tuesday, Eckerd Connects will stop providing child welfare services in the Bay area within the next year. The contracts with Hillsborough, Pinellas and Pasco counties are being terminated when they expire.

In Hillsborough, the contract will end on June 30, 2022. Pasco and Pinellas will see a swifter exit, with that contract ending in December 2021.

While Eckerd claimed this week the contracts were being dropped due to a lack of state funding, the Florida Department of Children and Families said it was cutting ties due to "repeated failures" by Eckerd.

But Gualtieri doesn't buy the money issues being the root of the problem, saying it's about "just failing."

“You don’t whine about it. You fix it and if you can’t do it you go to the state and you say ‘hey look, this isn’t working and here’s why,’ you call Secretary Harris, you call people in the legislature, you do what you have to do," he said. "But you still do your job and you don’t expose kids to danger while you’re trying to fix it. You figure out a way to make it happen."

According to its website, Eckerd Connects Community Alternatives has historically served about 2,900 kids and families each day in Hillsborough County, while its Pinellas and Pasco branches have offered welfare and foster services to around 3,100 children and teens per day.

Eckerd Connects provided the following statement to 10 Tampa Bay regarding the investigation:

“Eckerd Connects takes extremely seriously the criminal investigation announced today by the Pinellas County Sheriff’s Office. Eckerd will provide its full cooperation to the sheriff’s office in its investigation. Eckerd Connects’ mission is to support the health and wellbeing of children and families in need in the Tampa Bay area, and we will not tolerate any acts of neglect or abuse by any of our staff or subcontracted agencies.”

The Department of Children and Families also sent 10 Tampa Bay the following statement:

"The Department is committed to ensuring the safety, permanency and well-being of the children we serve. The Department made this decision because Eckerd lacks the ability to fulfill their contractual obligations in Circuit 6.

"Eckerd’s recent actions and inactions have jeopardized the health, safety and welfare of the dependent children under their care, coupled with a history of placing youth in unlicensed settings for extended periods of time, and repeated failure to secure appropriate and stable placements for all children in Eckerd’s system of care, call into question their ability to fulfill their contractual obligations.

"Eckerd has multiple systemic barriers that have not been alleviated, which include failures to involve parents in case planning, failure of timely provision of services and failure to make adequate efforts to achieve permanency goals for children. Due to the totality of the circumstances, the Department made the decision that Eckerd lacks the ability to fulfill its contracts in Circuit 6.

"The Department has deployed a team of experts from across the state to work alongside Eckerd in transitioning all administrative, financial, programmatic and quality assurance activities. Additionally, the Department is activating internal and external resources, as well as engaging Pasco and Pinellas community stakeholders to inform transition activities.

"DCF continues to have leadership in the region who are working with Eckerd staff, and stability for children in care is very important for everyone during this transition period."

You can watch the press conference below. 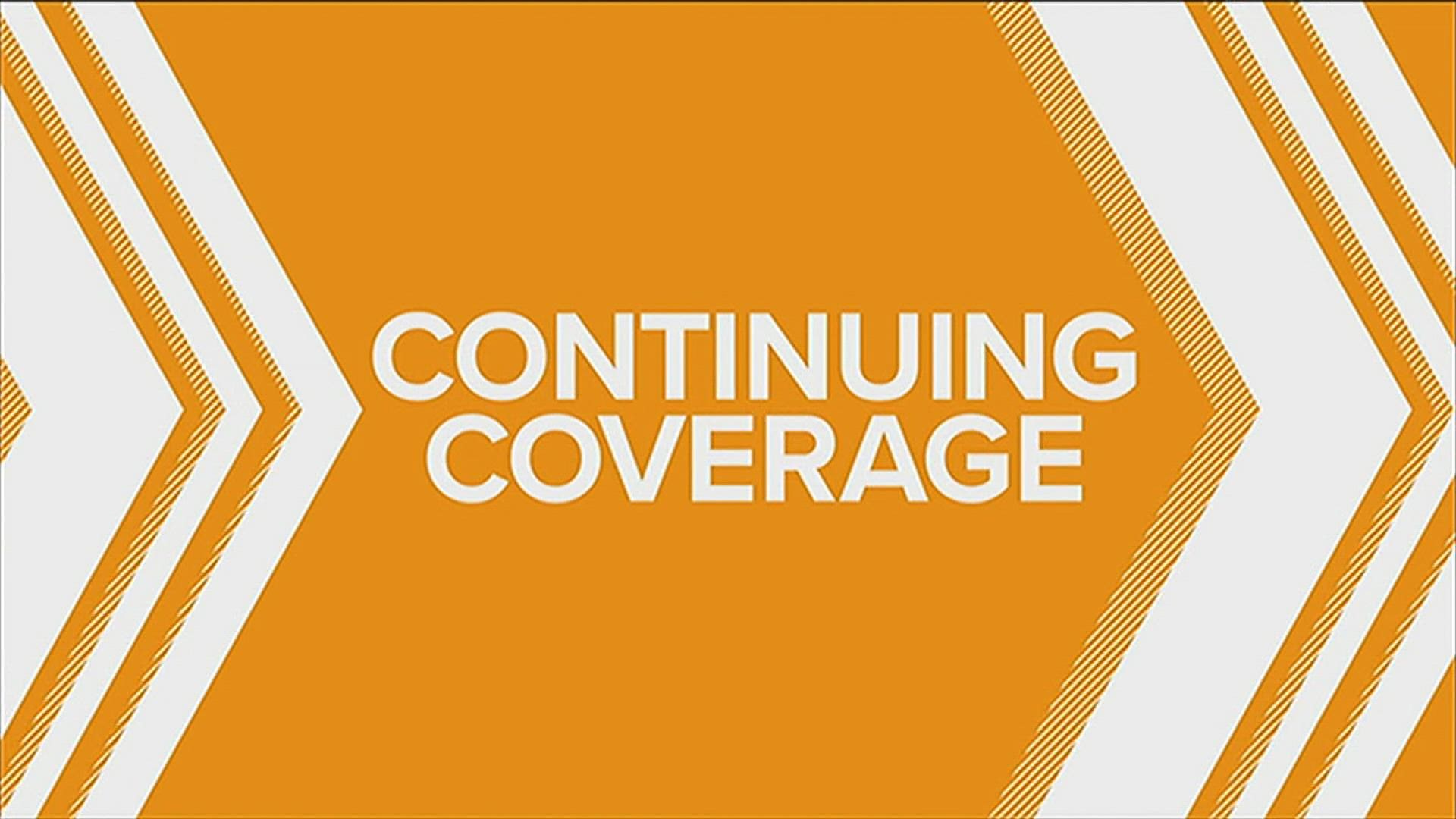