Some of the people arrested had outstanding warrants. 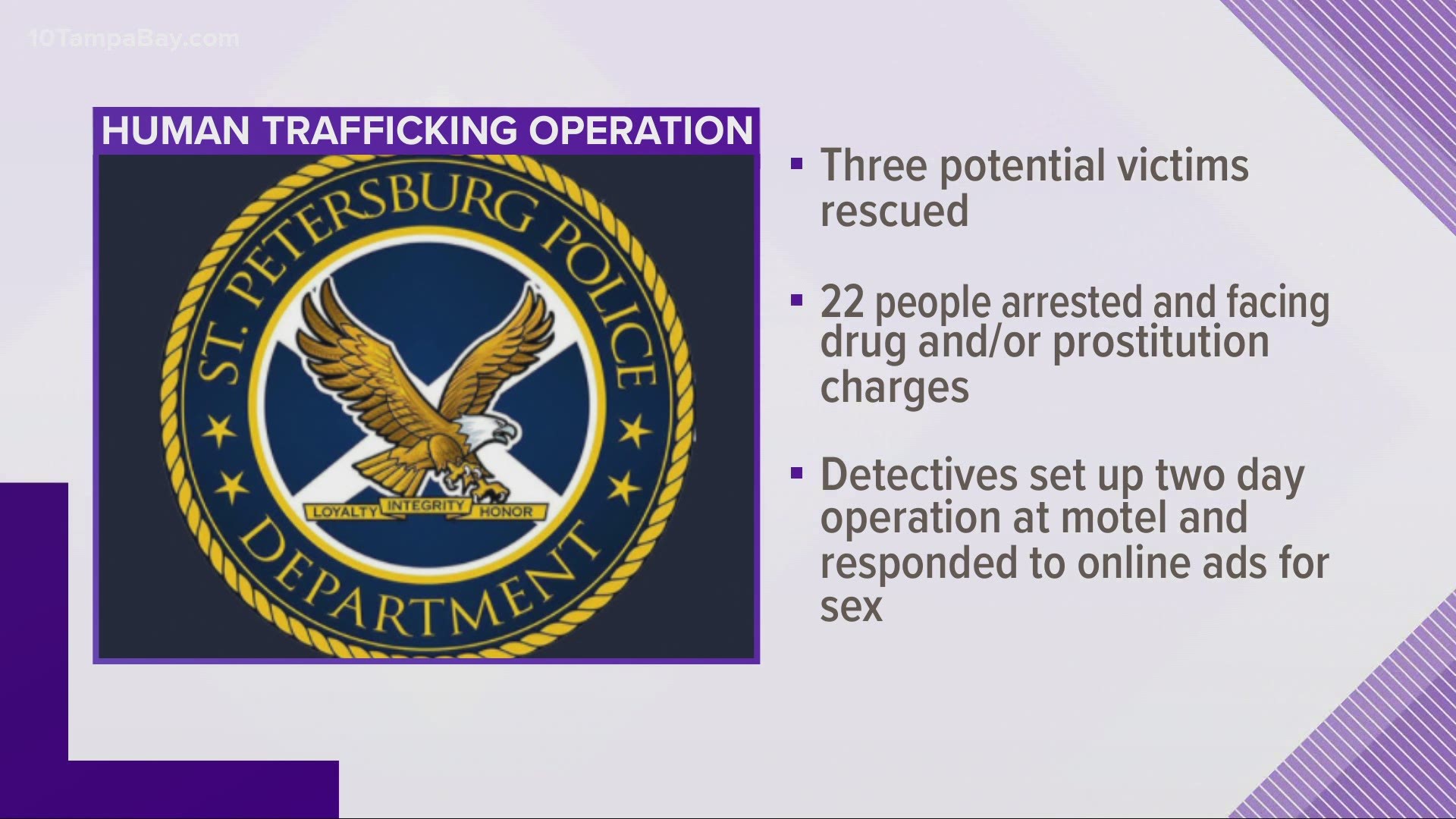 Detectives say they set up at a local motel and responded to online ads for sex that sounded like they might involve human trafficking. When the people responding to those ads showed up at the motel, authorities say they screened the individuals to determine if they were potentially trafficking victims who would leave willingly with social service counselors.

Ultimately, police say three potential victims, who were all adults, were saved during the two-day operation. The 22 people arrested were charged with a variety of crimes, including prostitution and drug charges. Some had warrants, according to police.