Rev. Al Sharpton during Clearwater rally: Lock up Michael Drejka or give up your badge

Two rallies were held Sunday -- one by civil rights leader Rev. Al Sharpton and the other by Black Lives Matter. 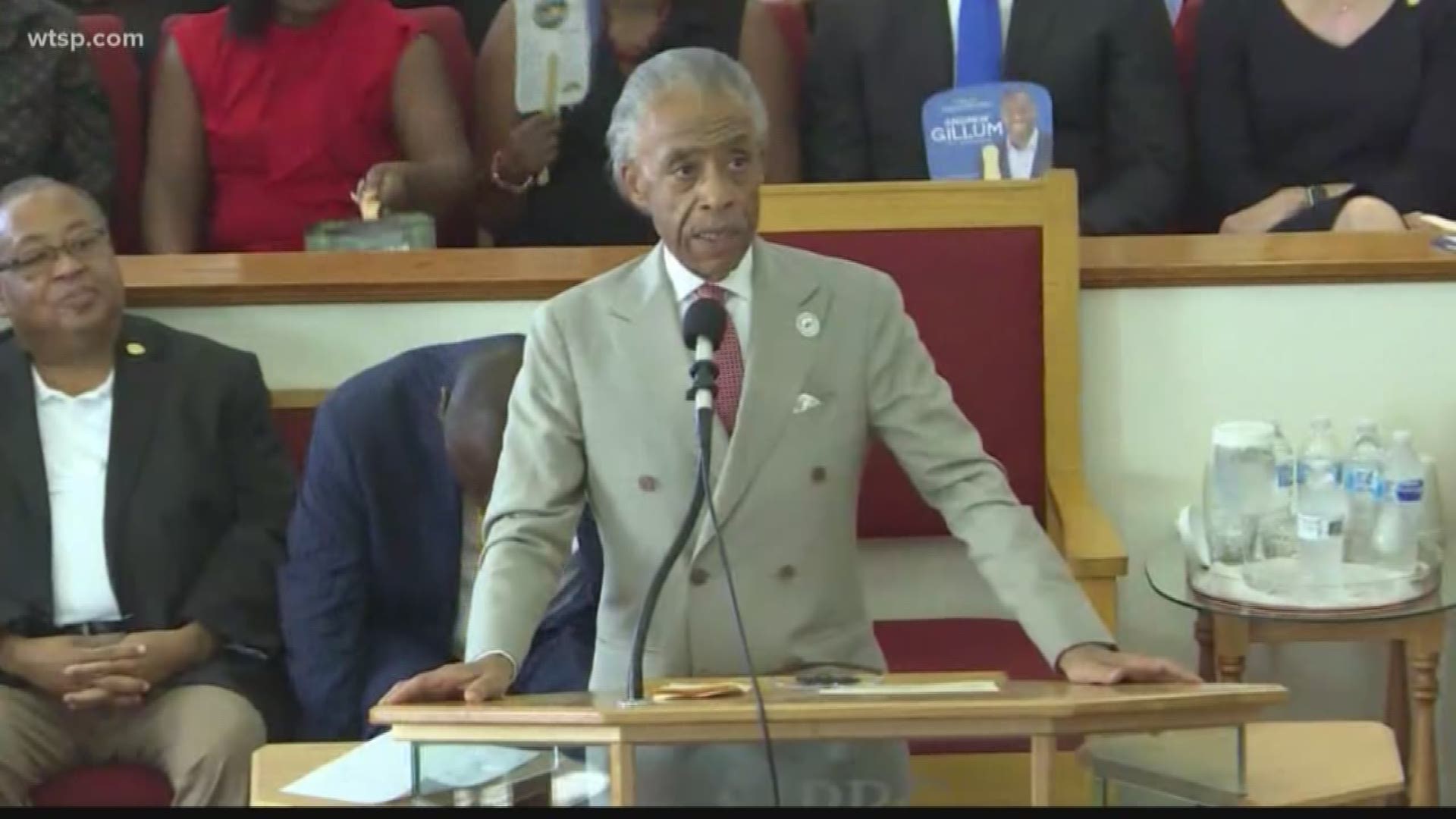 CLEARWATER, Fla. -- A pair of rallies Sunday called for justice for a man fatally shot outside a Tampa Bay convenience store last month and the repeal of Florida’s controversial ‘stand your ground’ law.

Rev. Al Sharpton led one of the rallies, which was held at the St. John Primitive Baptist Church in Clearwater. In the other, Black Lives Matter marched through the streets nearby calling for change.

This all stems from the July 19 shooting of Markeis McGlockton by Michael Drejka. Video shows Drejka arguing with McGlockton’s girlfriend about her parking in a space for a disabled person. Then McGlockton comes out of the store and pushes Drejka to the ground. Seconds later, Drejka pulls out his gun and shoots McGlockton. 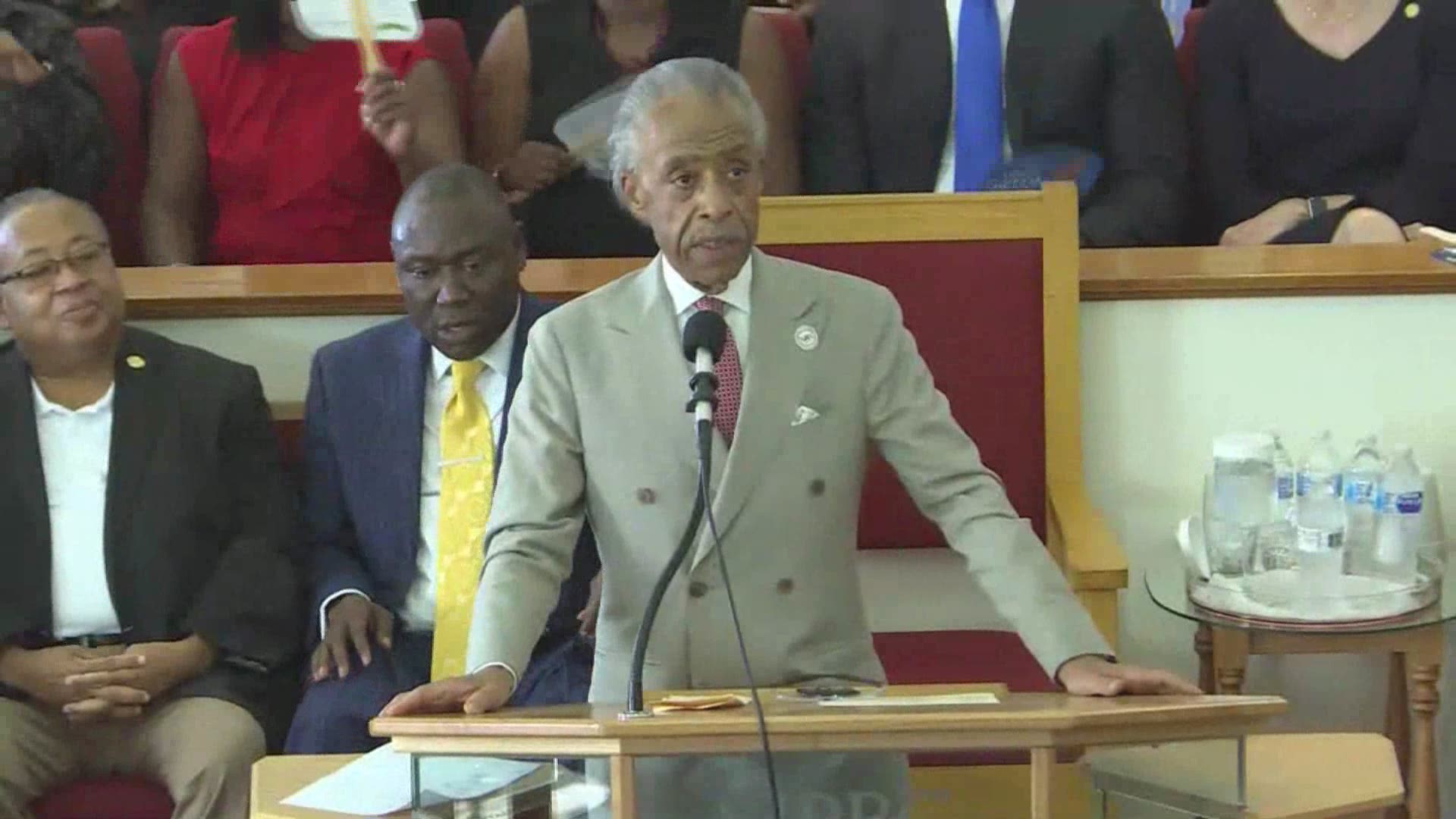 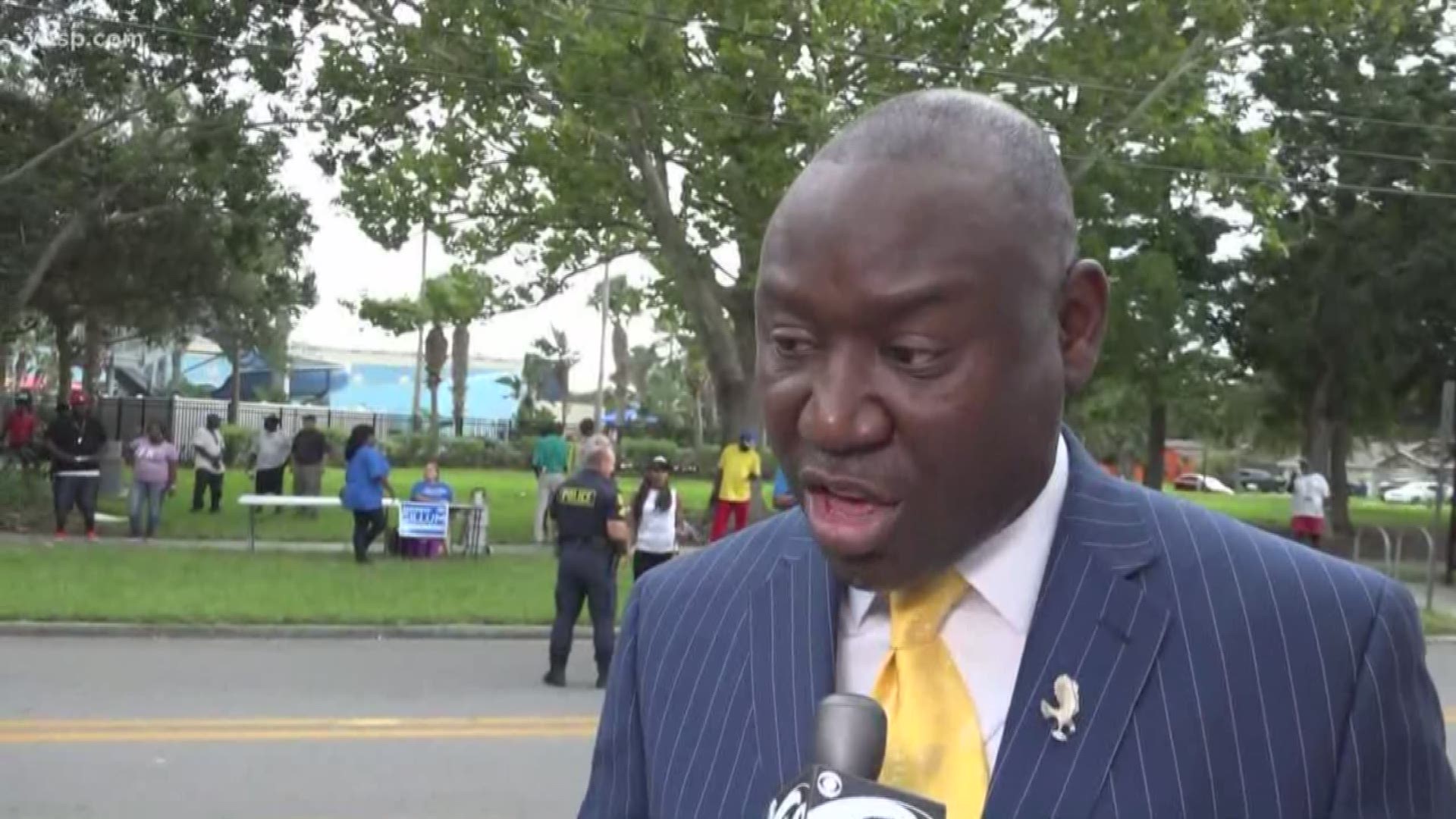 "The law in the state of Florida today is that people have the right to stand their ground, and have a right to defend themselves when they believe they are in harm," Pinellas County Sheriff Bob Gualtieri had said during an earlier press conference.

RELATED: Florida's 'stand your ground' law: How we got here after an argument over a parking spot

During his rally Sunday, Rev. Sharpton said Drejka should have been arrested.

"It is not the sheriff's job to determine whether “stand your ground” applies. That ought to be decided in a courtroom and the state attorney's office," says Sharpton.

He also had strong words for Sheriff Gualtieri.

“Lock him (Drejka) up or turn in your badge,” said Sharpton.

Also joining Sharpton on stage were the Democratic candidates running for governor in Florida. Each of them addressed the crowd before Sharpton.

Meanwhile, outside the church, Black Lives Matter held a march through the streets of Clearwater, calling for justice for McGlockton. 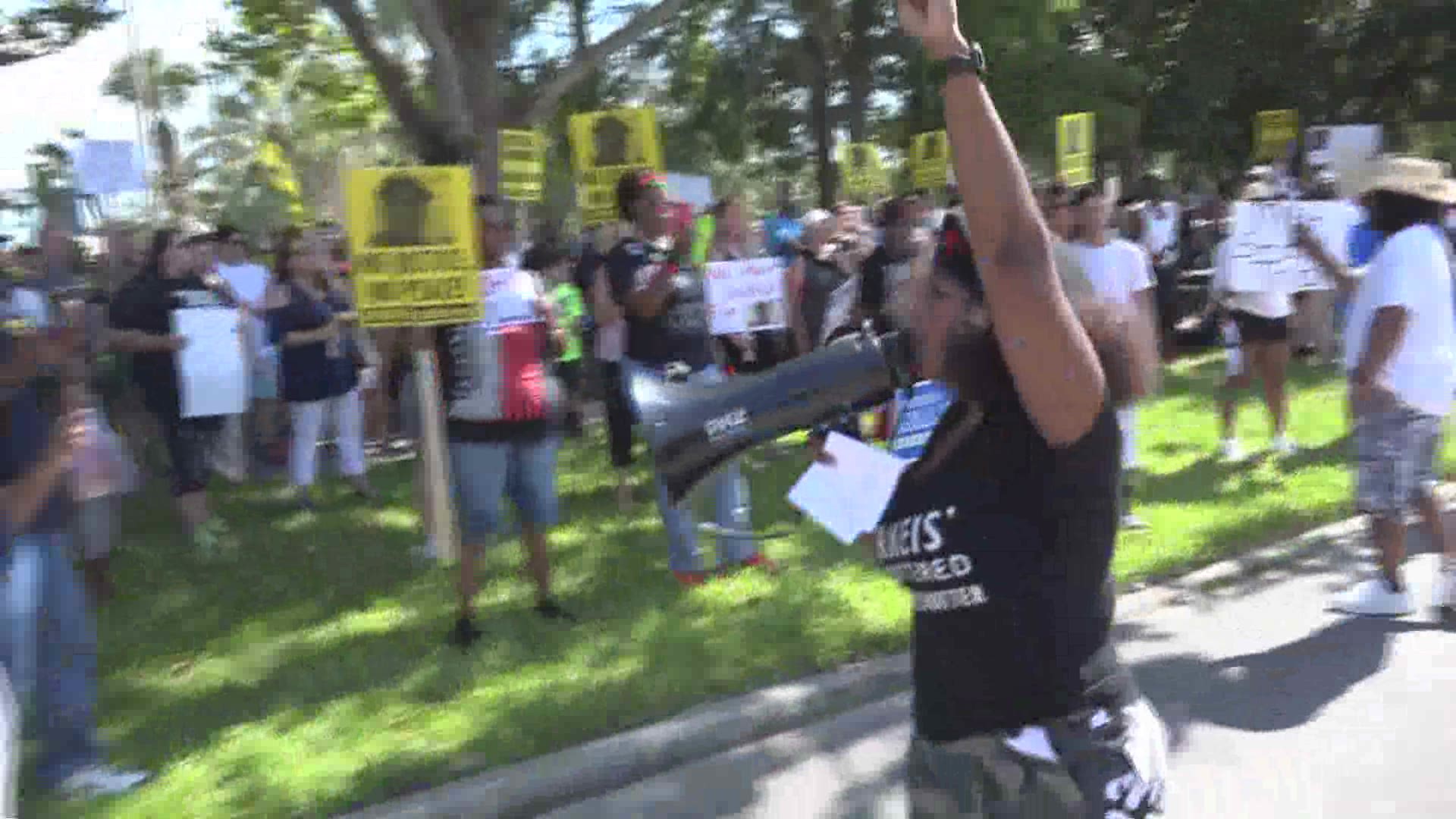 5:25 p.m.-- Rev. Al Sharpton says this situation was personal to him. His daughter told him three weeks ago she was going to have his first grandchild.

Sharpton to Pinellas County Sheriff Bob Gualtieri: "Lock up shooter Michael Drejka or give up your badge." The crowd cheers in support.

.@TheRevAl to Pinellas County Sheriff Bob Gualtieri: Lock up shooter Michael Drejka or give up your badge.

The crowd cheers in support.

Sharpton: We need to repeal "stand your ground."

"It is not the sheriff's job to determine whether 'stand your ground' applies. That ought to be decided in a courtroom and the state attorney's office," says Sharpton.

.@TheRevAl: We need to repeal "stand your ground."

It is not the sheriff's job to determine whether "stand your ground" applies. That ought to be decided in a courtroom and the state attorney's office.

Sharpton says that if Markeis had been standing over the other guy, and if it had been the other way around when deputies arrived, they wouldn't have asked questions. "It would have been a different story."

"Stand your ground is a racist, Jim Crow law that gives white people a license to kill unarmed people of color."

4:30 p.m.-- People were being escorted away from the rally being held outside of the church. Protesters filled the street outside waiting to march to the start.

LIVE NOW | Hundreds of people rallying for Markeis McGlockton in #Clearwater outside the church where @TheRevAl is in attendance.

The March hasn’t started and police are already escorting someone away from the protest. @10NewsWTSP pic.twitter.com/kRhiipG06i

4:00 p.m.--Democratic gubernatorial candidates Philip Levine and Chris King speak, talk about repealing or changing Florida's "stand your ground" law. Rev. Al Sharpton says he is there to raise awareness. President Trump was in Tampa speaking, right down the road and did not mention this at all when he was here.

Sharpton: "The signal sent by not arresting him tells the next guy in the next parking lot that he can go and do the same thing."

.@TheRevAl: I thought what would happen with Trayvon would start a whole movement ... again we're here, and we're going to keep coming until we see some justice.

3:45 p.m.-- The St. John's Primitive Baptist Church in Clearwater was filled leading up to the rally for Markeis McGlockton.