After years of being in an old building, St. Petersburg police have a new place to call home. 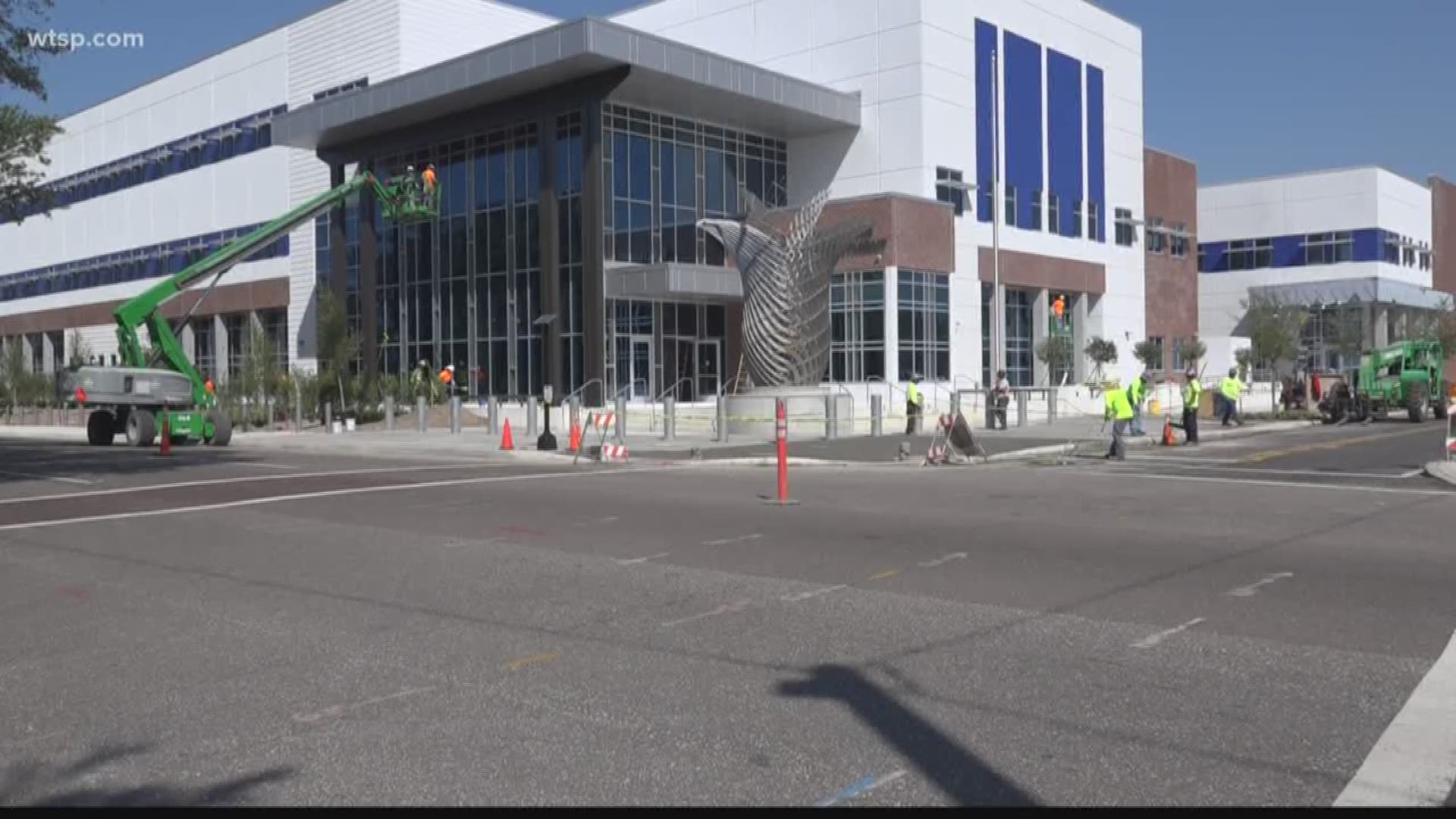 ST. PETERSBURG, Fla. — After years of being in an old building, St. Pete police have a new place to call home.

Their brand-new headquarters will open Friday, giving many officers their first look at the $78 million, state-of-the-art building. It was under construction for a little less than two years.

The new building located at 1st Ave N. and 13th Street in St. Petersburg is just across the street from the old one. It’s a building that officers have been using, at least a part of, since the 1950s.

On Friday, officers will be moving into this new, 168,000-square-foot facility. Equipped with the latest technology and even artwork from local artists.

The new building is built to withstand a Category 5 Hurricane. It will house the city’s emergency operations center. Now, the department has more than 12,000 feet of evidence storage where officers were limited by space before in the old building. The 911 dispatch center will operate out of the new building.

They now have three backup generators whereas they lost power in the last storm.

Most importantly though, the purpose of the new building is to make more amenities available to the public, and to allow the more than 550 officers to serve the community better.

“We’ve worked so hard to get to this point. The city, the police department, the contractor. Us and our engineers work so hard, so this is the moment you always wait for," said architect Ward Friszolowski. “The best part is seeing people using the building and they will be using it for decades to come.”

“We finally have a building that matches our growth to serve the community better. We’re really looking forward to making this move,” said Sandra Bentil with the St. Pete Police Department.

In addition to being state of the art, it’s also energy efficient. It is fully powered by solar panels, which will save taxpayer dollars. Another little fact is that the old building wasn’t even hurricane rated

The old building will be used as city hall for a couple of months while the current city hall is under construction. It will be up to the city to decide what they want to do with it.