'It was instant, I couldn't believe it': Widow distraught after watching her husband die

Samantha Omasta says she will fight for justice for her and her family. 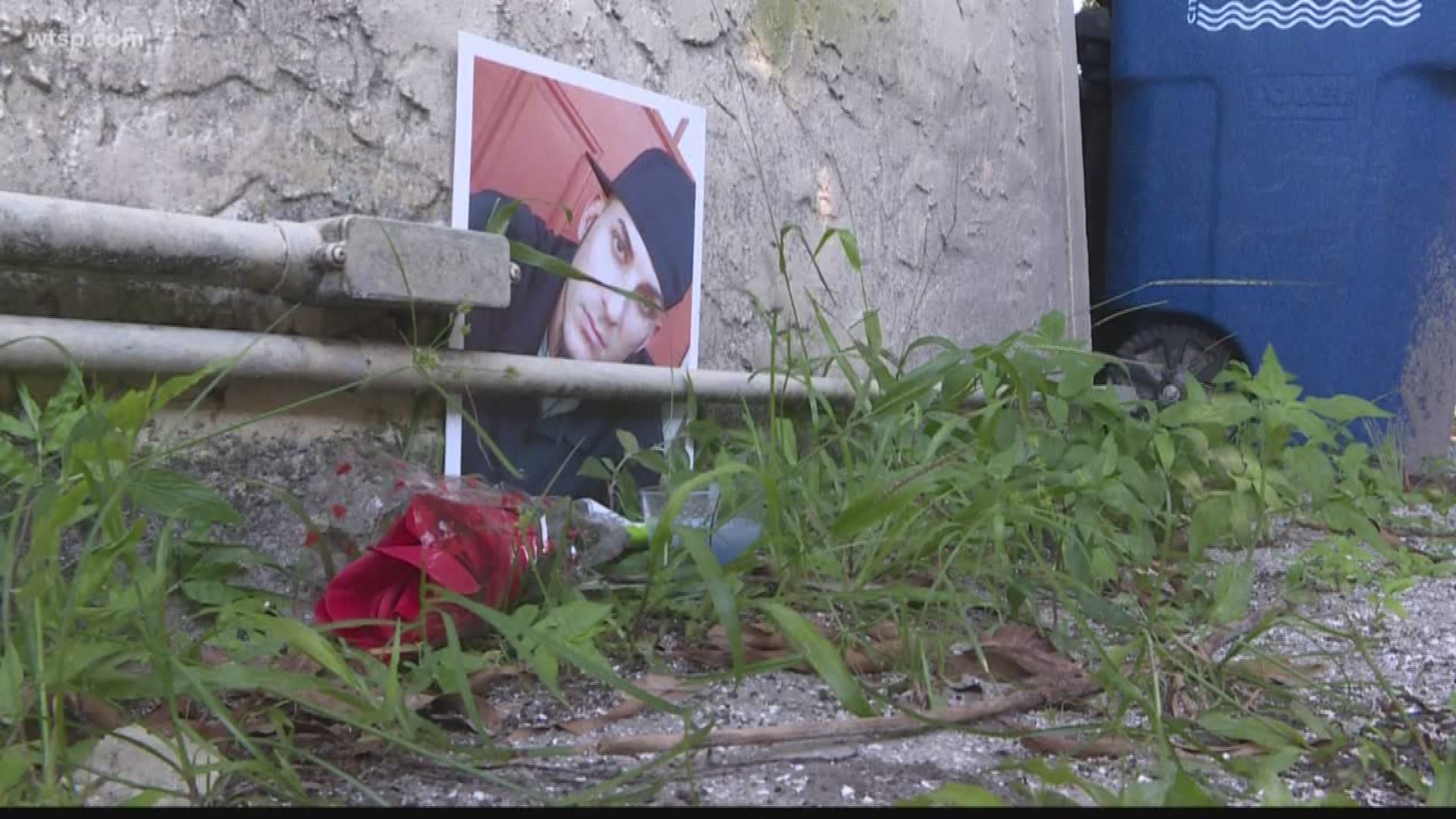 CLEARWATER, Fla. — A family is suffering and community outraged after a man was killed in a shooting in front of his home.

"You can physically see the marks in the wall and where he fell. I saw three white flashes and it was instant. Boom, boom, boom! It was instant, I couldn't believe it," Samantha Omasta said.

Samantha watched her husband Derek die right before her eyes last Saturday night. She says they had just pulled into their home on Grove Street in Clearwater when they saw another car was parked in their usual spot. When Derek tried to help her get out of the car, the renters in the AirBnb next door got upset.

"The next thing I know Derek is pushing me out of the way and he's falling to the ground. It all happened so fast," Samantha said.

"I was holding his face and I was like, 'Babe! Babe!' That's all I could say,"  Samantha said.

Days passed and Powers is out of jail on a $750,000 bond. Samantha is two months pregnant and doesn't understand why Powers was let go.

"He got out the next day. He has no suffrage, none. It's not fair. It's really not," Samantha said.

While she plans her soulmate's funeral, she wants Powers to know she's going to get justice.

"I will not let this rest. I will be at every court hearing, every event. Every waking moment. If I have to remember your face for something bad that you did to my family, you will remember mine," Samantha said.

She sent this statement:

"Although a charging decision and arrest have been hastily made within eight (8) hours of the alleged incident by the Clearwater Police department, we understand this case is still being investigated. We also understand various eyewitnesses have made statements concerning a knife being involved. More specifically, we understand that several eye-witnesses have stated Mr. Powers was assaulted and threatened with a knife. We look forward to defending Mr. Powers throughout this process and believe he has a very strong defense."