The new trend on the popular video-sharing app is having students steal, break and destroy school property. 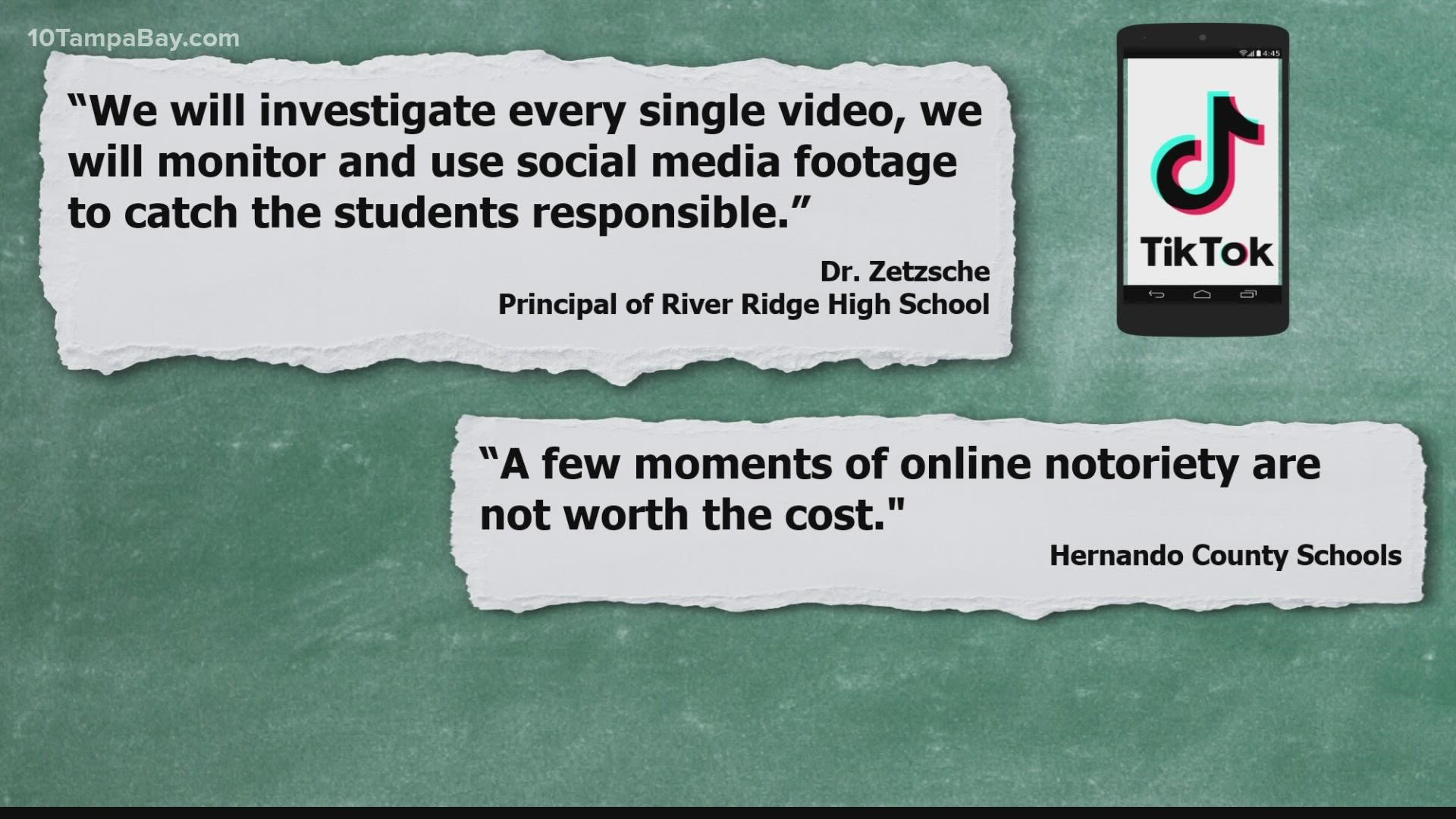 BARTOW, Fla. — A student at Bartow High School is facing criminal charges for stealing and breaking school property in order to "look cool" for a social media trend.

The trend the student was chasing was a new TikTok challenge called "Devious Lick."

This new trend on the popular video-sharing app is having students steal, break and destroy school property.

Bartow police say on Thursday, authorities discovered two soap dispensers were removed from the boy's restroom - each valued at $45. One of the dispensers was found in the bathroom sink but the other was still missing.

Authorities say they were aware of the TikTok challenge and began an investigation.

Eventually, the student was found and arrested. Police are not releasing his identity due to his age.

According to police, the student said he did the damage to look "cool" and take part in the trend. He now faces charges of criminal mischief and theft.