While Polk County Schools did not say how D'Anthony Dorsey died, social media posts from family say he was fighting COVID-19 in the ICU. 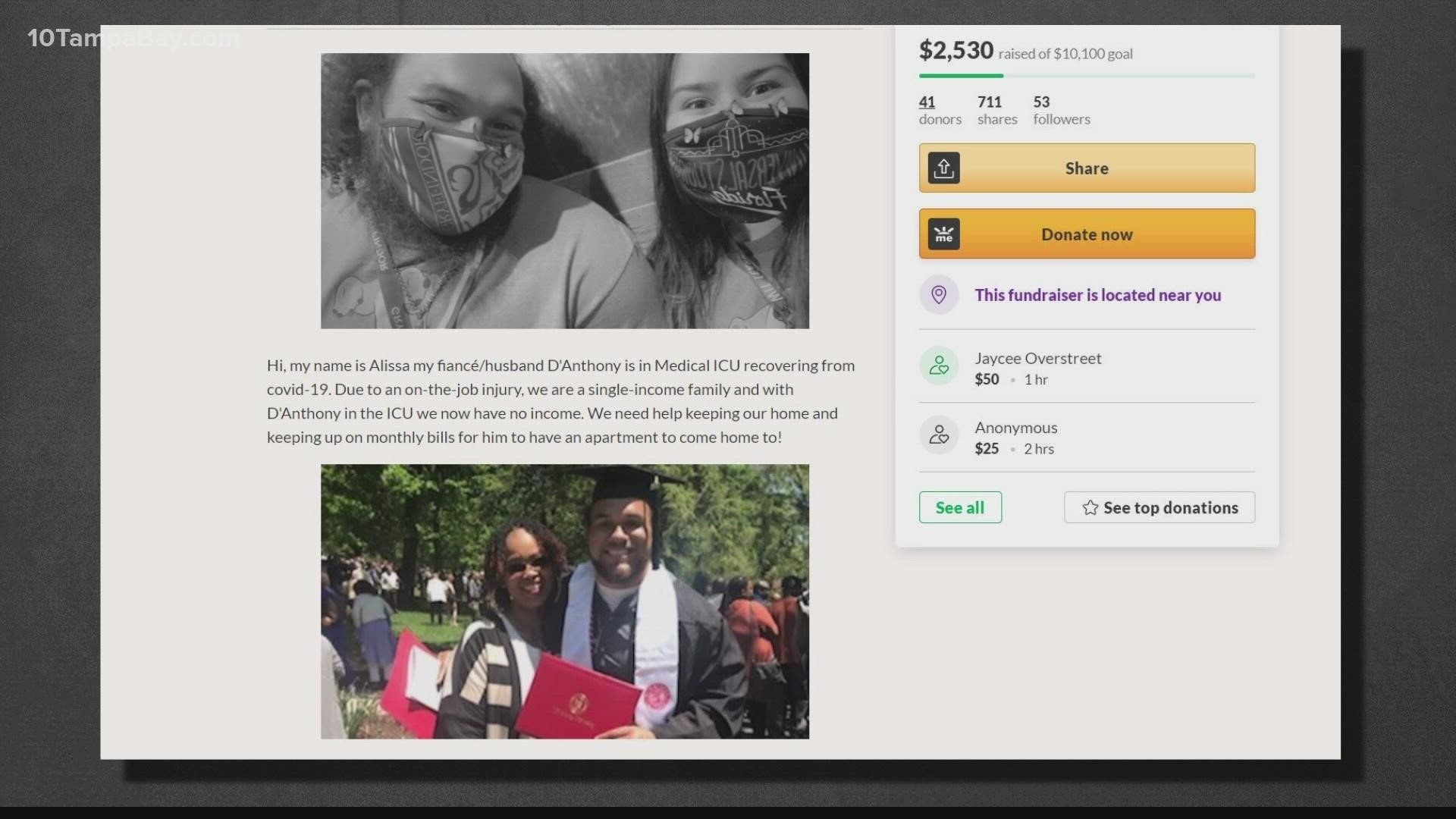 "Auburndale High is devastated by this tragic news, and we have counselors available to help students and staff members," the school district said in a statement.

Auburndale High School released a statement on Facebook Wednesday in response to his recent passing.

"Mr. Dorsey may have just begun his teaching career, but it was plain to see he possessed all the traits necessary to become a superb educator," Principal Tye Bruno said.

He described Dorsey as an enthusiastic teacher who loved his students. The principal also called him a "gentle giant" who created a safe environment for his students to feel comfortable asking questions and sharing their thoughts.

A GoFundMe created by Dorsey's fiancé, Alissa Sullivan, says Dorsey was fighting COVID-19 in the ICU.

"D'Anthony is the kindest most giving individual I have ever met and would like to help minimize the stress that comes with this recovery," Sullivan wrote on the page.

The Lakeland High School Dreadnaughts football team, where Dorsey was apparently a player, posted their support for the teacher on Facebook.

Dorsey was a marine biology and physical science teacher at Auburndale High School, according to his fiancé.

Principal Bruno said he was passionate about science and had even thought about being a pharmacist.