The school was badly damaged by a tornado over the weekend and the school's roof was ripped off. 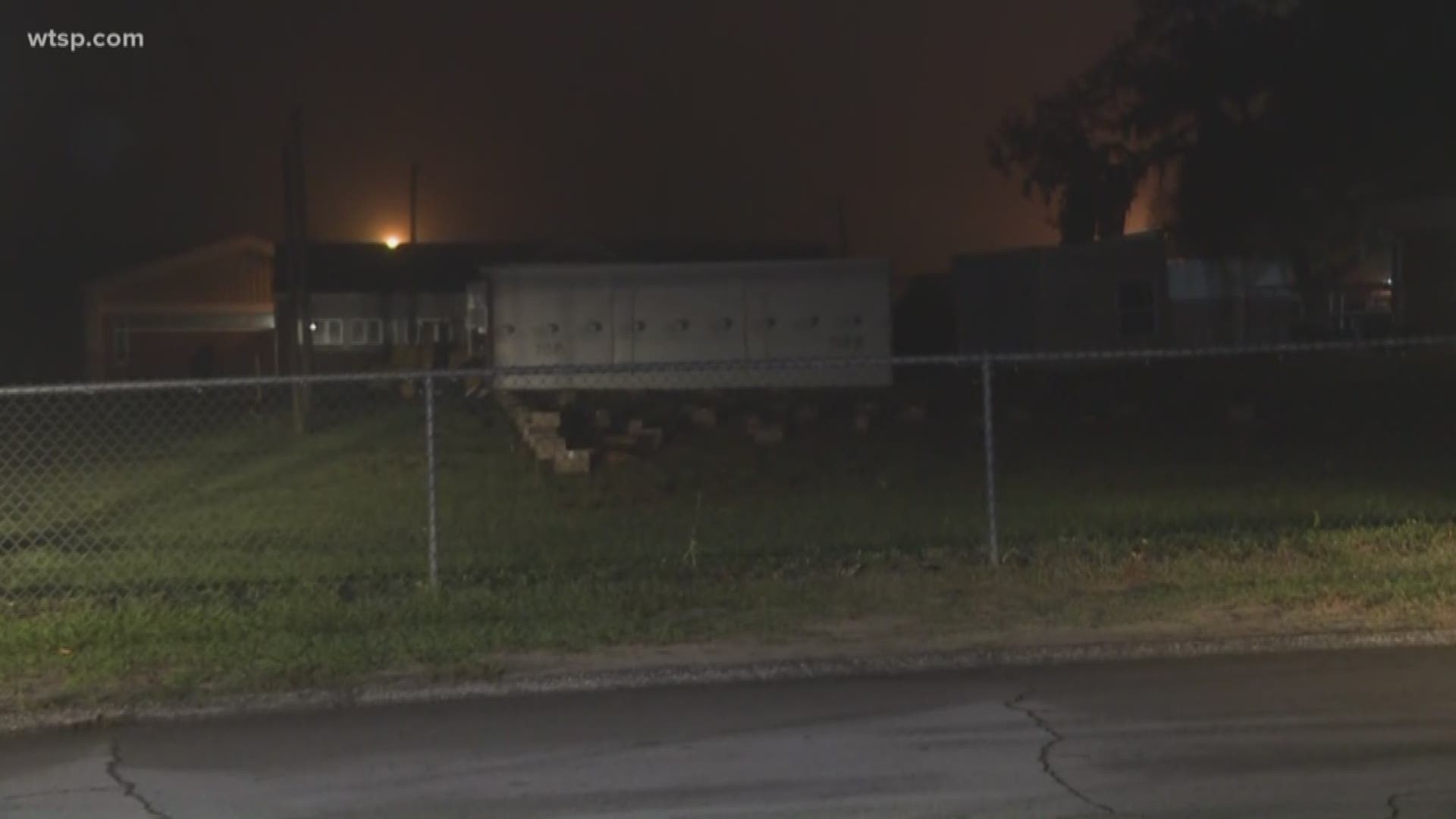 LAKELAND, Fla. — It was almost near dusk Monday when some of the first portable classrooms started arriving at Kathleen Middle School.

The campus and its main building were badly damaged by an EF-2 tornado Friday. The tornado ripped through areas north of Lakeland and tore the roof off of the 100-year-old school.

“It’s pretty catastrophic,” said John Makalous, who is working with the crew from Dallas based Knight Restoration Services. 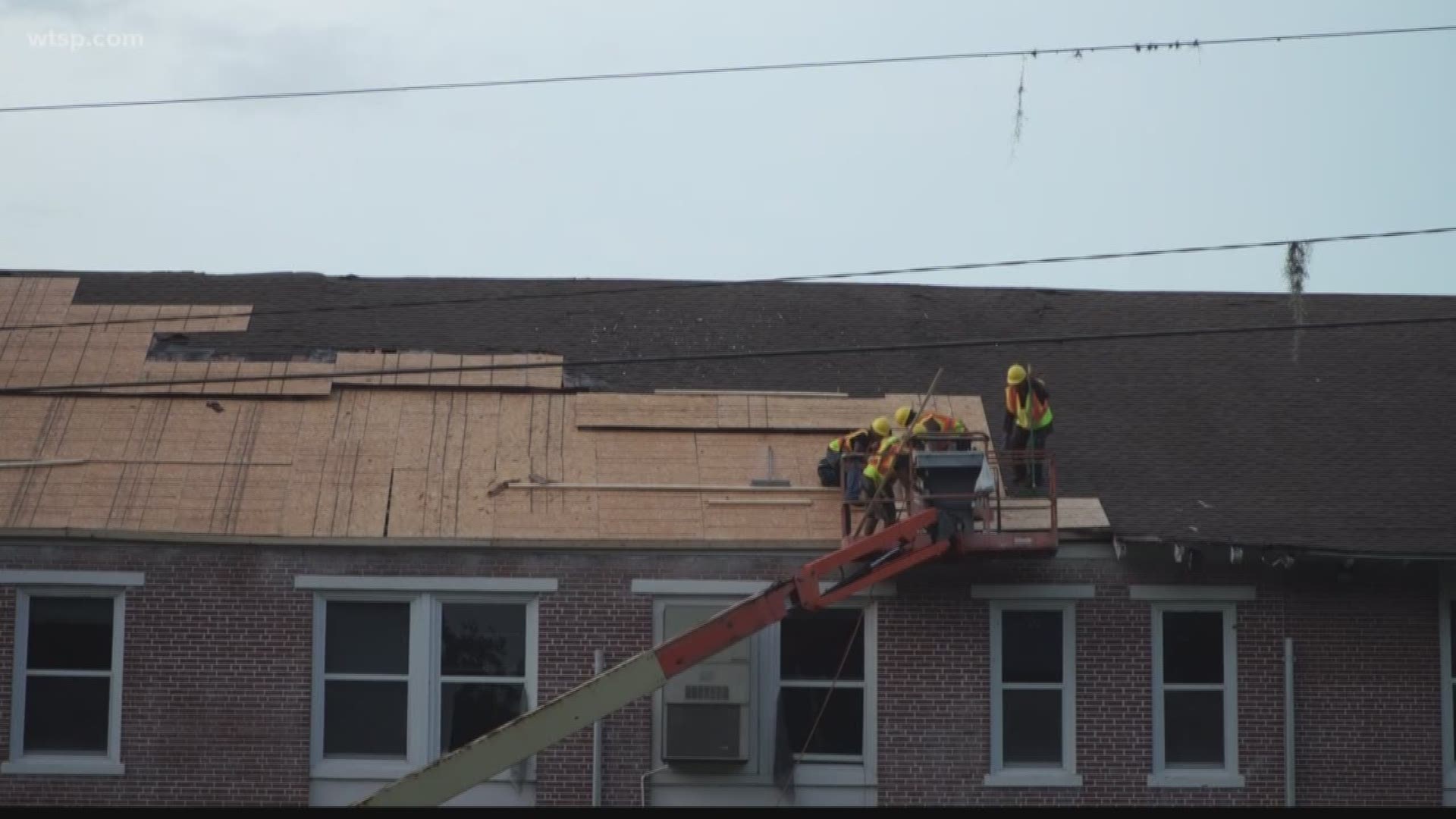 His home town is suffering from tornado devastation of its own, but Monday night he was focused on his mission here in Florida—an urgent race to keep more damage from occurring.

“Obviously with the forecast, today we have rain. Tomorrow we have a forecast for rain, so time was of the essence.  We didn’t really have any breaks," Makalous said.

His crew managed to finish installing a temporary roof Monday evening to keep additional rain out.

“All the standing water is up, so what we’re doing now is drying the structure,” Makalous said.

Crews will next get to work installing a new permanent roof and fire suppression system that's up to the current code. The process could take months.

In the meantime, the school district has put in an emergency order for 12 new portable classrooms, which will be arriving in half sections over the next 24 hours.

“There’s quite a crunch to get it done as quick as possible which is understandable because you’ve got a bunch of kids out of school,” said Zack Cook, who is contracted to help put together and install the portable classrooms

The temporary structures are being trucked in from Christmas, Florida.

“They want to be done and in the buildings by Wednesday,” Cook said.  “We’re going to do everything we can to get that done.”

It about a two-and-a-half-hour round trip between Kathleen and where the portable classrooms are coming from. The delivery crews will be traveling back and forth to deliver the 24 individual pieces plus a bathroom.

The school district is trying to get the units ready by Wednesday which will be a tall order considering all the work still left to be done.