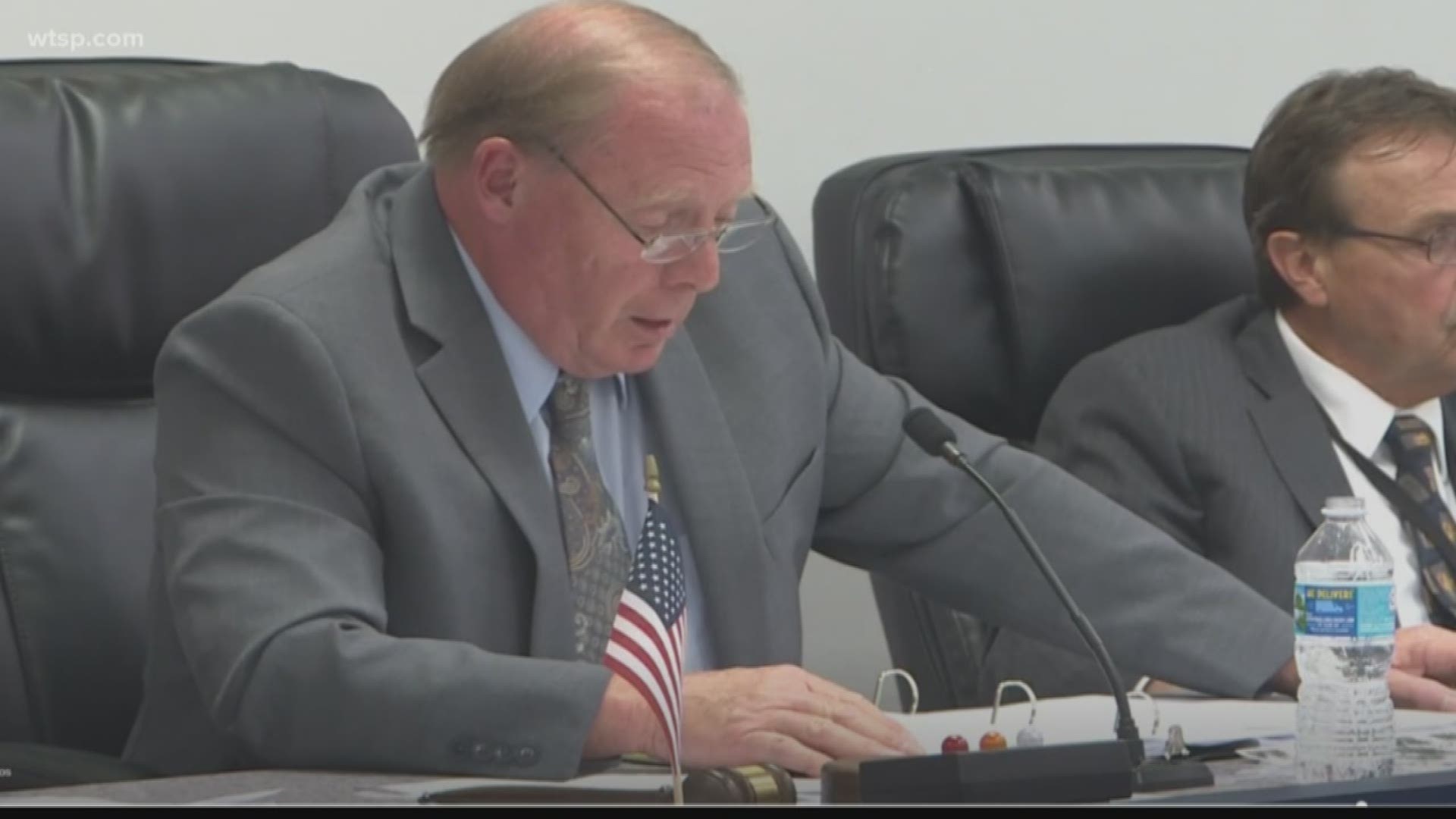 PORT RICHEY, Fla. — Port Richey's acting mayor was also arrested Wednesday -- just weeks after the arrest of former Mayor Dale Massad who was jailed after he allegedly shot at deputies who were trying to arrest him for practicing medicine without a license.

Related: No bail for Port Richey mayor after he allegedly shot at deputies

FDLE agents say Rowe conspired to interfere with an active criminal investigation and was taken to the Pasco County Jail, where bond was set at $15,000.

By early Thursday morning, Rower had bonded out of jail, according to the sheriff's office.