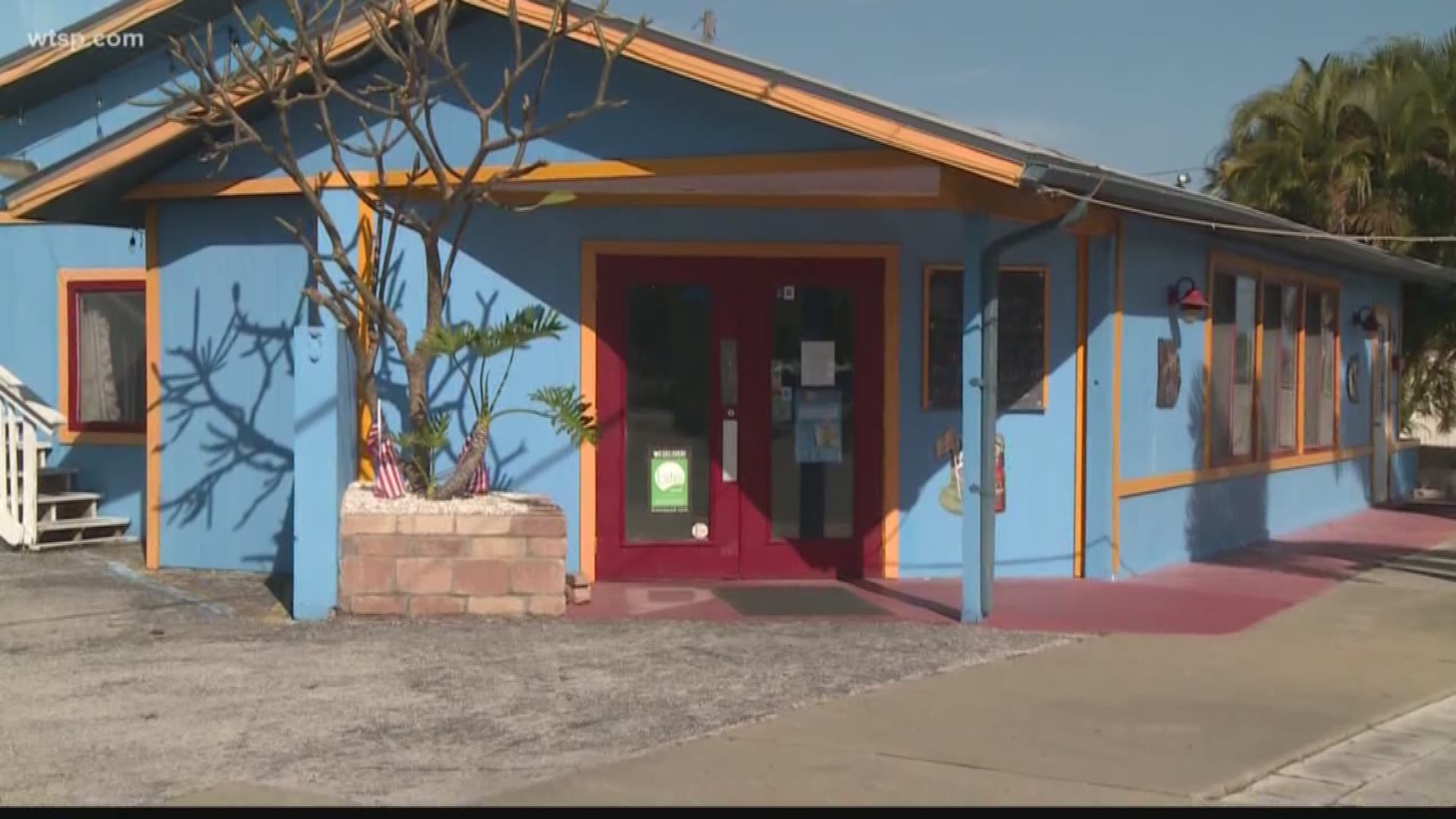 ST. PETE BEACH, Fla. — The owner of a St. Pete Beach restaurant is blaming problems from a recent health inspection on a neighboring construction site which, he says, has become a breeding ground for rats.

Customer Holly Cline was on her way in to meet a friend at the Blue Parrott, when 10News showed her the inspection report.

“Nobody wants to be sick,” said Cline.  “I’m in nursing, and so hand washing is the number one thing you want to do to not to spread bacteria.”

Among the 28 violations, the health inspector also reported finding more than a hundred rodent droppings in the dry storage area, next to the microwave, under the deli cooler and in the bar area.

“That’s not healthy for anyone,” said Cline.

“Who wants to eat food that’s been around rodent droppings.”

10News caught up with owner Frank Theisen to find out what was going on.

“I’m getting blamed for this (expletive) mess,” shouted Theisen pointing to a piece of property being used for construction next door.

He says the overgrown property has become a breeding ground for rats, and he’s had to spend hundreds of dollars in pest control to get the situation under control.

During our visit Wednesday, he invited us inside the kitchen.

“I think they exaggerated the amount of droppings,” said Theison, showing us areas around the kitchen where the rodent droppings were cleaned up.

But the restaurant wasn’t just written up for rodents.  We also checked out the walk-in cooler where the inspector reported expired food.  On our visit we found a similar problem with sausage gravy dated 12/26, more than 7 days old.

Theison told us the gravy would be used up by this weekend but acknowledged it would likely be another violation if spotted by the inspector. “That’s the problem,” said Theison.

“They have no imagination what so ever.”

He also explained the restaurant’s lack of soap at the handwashing sink, saying he and other employees prefer to wash their hands in the soapy dish water instead.

“Doesn’t it make a lot more sense,” asked Theison.  “When you think about it, they got bleach, disinfectant and all that stuff in it.”

Theison insists his beach bar-restaurant is a safe place to eat.

RELATED: Restaurant Red Alert: The most shocking reports of 2019

RELATED: Restaurant cited after employee was caught vaping in kitchen

RELATED: Restaurant Red Alert: There were weevils in the rice and flour