Who is Brian Laundrie? Man named person of interest in disappearance of Gabby Petito

Police say they're pleading with him to tell them anything he knows. 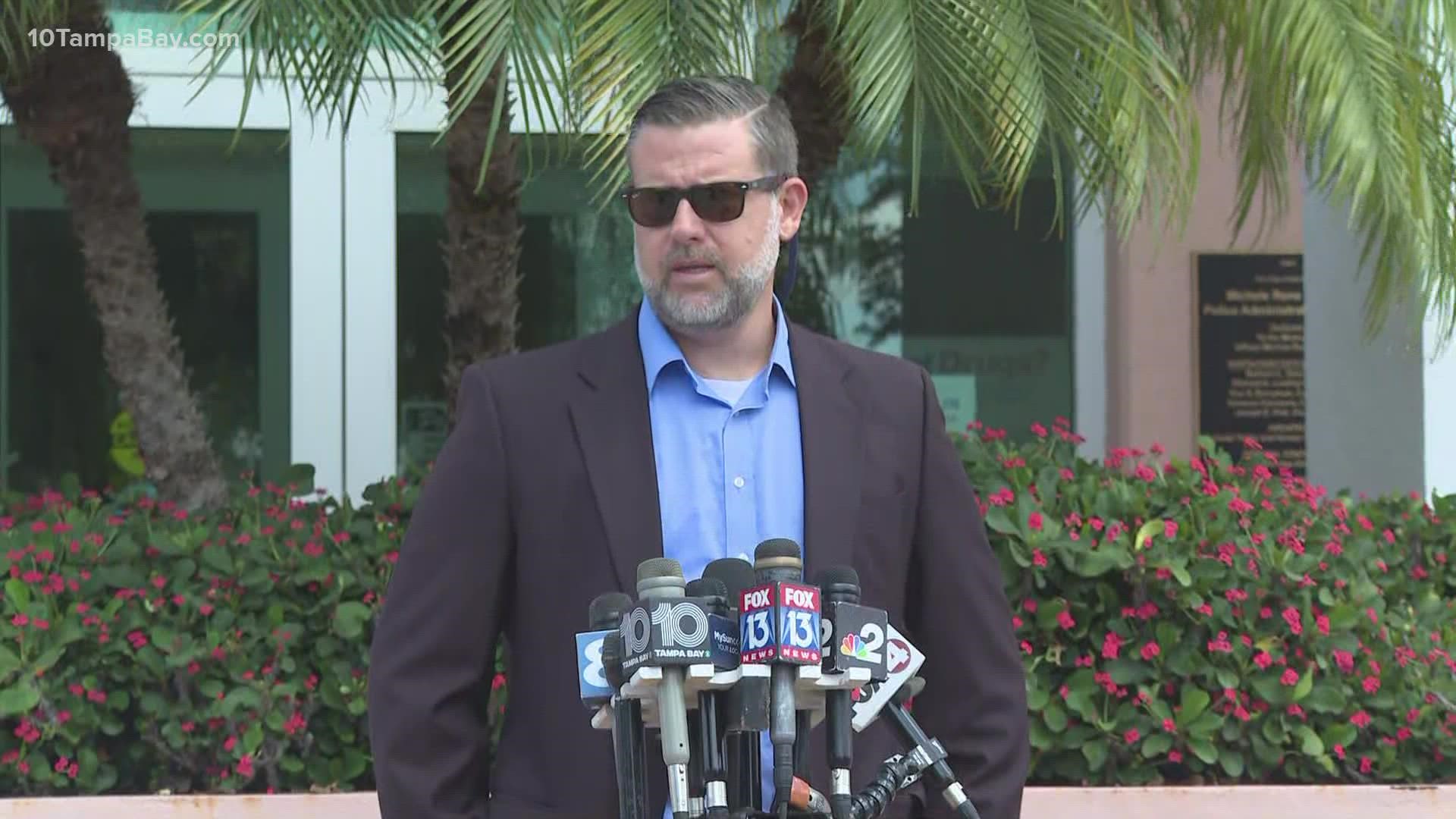 NORTH PORT, Fla. — Gabrielle Petito's fiancé, Brian Laundrie, has been identified by police as a person of interest in her disappearance, which made national headlines.

The North Port Police Department made the announcement Wednesday, adding Laundrie had not made himself available for interviews with detectives or offered any helpful information in the case.

Petito, 22, vanished during a cross-country road trip. She'd been traveling in a van with Laundrie. She documented parts of their journey on social media.

Her last known location was Grand Teton National Park in Wyoming. Then, during the last week in August, she lost communication with family. Loved ones who live on Long Island recently reported her missing.

This week, the FBI joined local police in trying to figure out what happened to Petito.

"Several detectives are working around the clock to piece this complex and far-reaching situation together," City of North Port Spokesperson Josh Taylor wrote in an email.

Taylor says Laundrie returned to North Port on Sept. 1, which was 10 days before Petito's family reported her missing on Sept. 11.

It's now being processed for evidence.

“As a father, I can imagine the pain and suffering Gabby’s family is going through," North Port Police Chief Todd Garrison said in a statement. "We are pleading with anyone, including Brian, to share information with us on her whereabouts in the past few weeks."

"The lack of information from Brian is hindering this investigation," Garrison said. "The answers will eventually come out. We will help find Gabby and we will help find anyone who may be involved in her disappearance."

Petito is described as a white woman, who is roughly 5-foot-5 and 110 pounds with blonde hair and blue eyes. She has multiple tattoos, including one on her finger. There's also one on her forearm. It says "let it be."

Investigators say they've gotten questions about her Instagram page being taken down. That's something, police say, they're looking into.

What do we know so far about Brian Laundrie?

Laundrie and Petito moved to the North Port area a couple of years ago.

They'd set out on their cross-country road trip in July.

The Moab City Police Department in Utah confirmed it responded to an argument involving Laundrie and Petito on Aug. 12. There wasn't sufficient evidence to justify any criminal charges in that situation. Police say it appeared to be a mental health crisis, in which Petito allegedly slapped Laundrie and scratched his face. The couple reportedly told police they were in love and engaged to be married. Officers convinced them to separate for the night to calm down, and police arranged for a hotel room for Laundrie to give them space. There's no evidence he hit Petito during this incident.

Petito's family says Laundrie is refusing to help them. In a statement, they say he won't tell them where he last saw her or explain why he left her and drove her van back to Florida.

Laundrie has not spoken publicly about his girlfriend's disappearance.

Laundrie's family released a statement on Sept. 14, saying they hope the search for Petito is successful and that she can be reunited with her loved ones.

On the advice of counsel, the Laundrie family said they would be remaining in the background and not making any further comments on the case. However, the counsel of the family released a statement on behalf of the Laundrie family Wednesday night, saying in part:

"Many people are wondering why Mr. Laundrie would not make a statement or speak with law enforcement in the face of Ms. Petito's absence. In my experience, intimate partners are often the first person law enforcement focuses their attention on in cases like this, and the warning that "any statement made will be used against you" is true, regardless of whether my client had anything to do with Ms. Petito's disappearance. As such, on the advice of counsel Mr. Laundrie is not speaking on this matter.

I have been informed that the Nort Port, Florida Police have named Brian Laundrie as a "person of interest" in this matter. This formality has not really changed the circumstances of Mr. Laundrie being the focus and attention of law enforcement and Mr. Laundrie will continue to remain silent on the advice of counsel."

North Port police say they're not sure what Laundrie may know because he hasn't been interviewing with detectives.

Petito and Laundrie's social media accounts indicated they were engaged. Some of their friends say so, too. And, Petito reportedly had a ring tattooed on her. But, to be clear: Her family did not comment on their relationship beyond confirming the two were dating.