When the pandemic hit, a growing number of libraries began considering offering hotspots people could borrow. 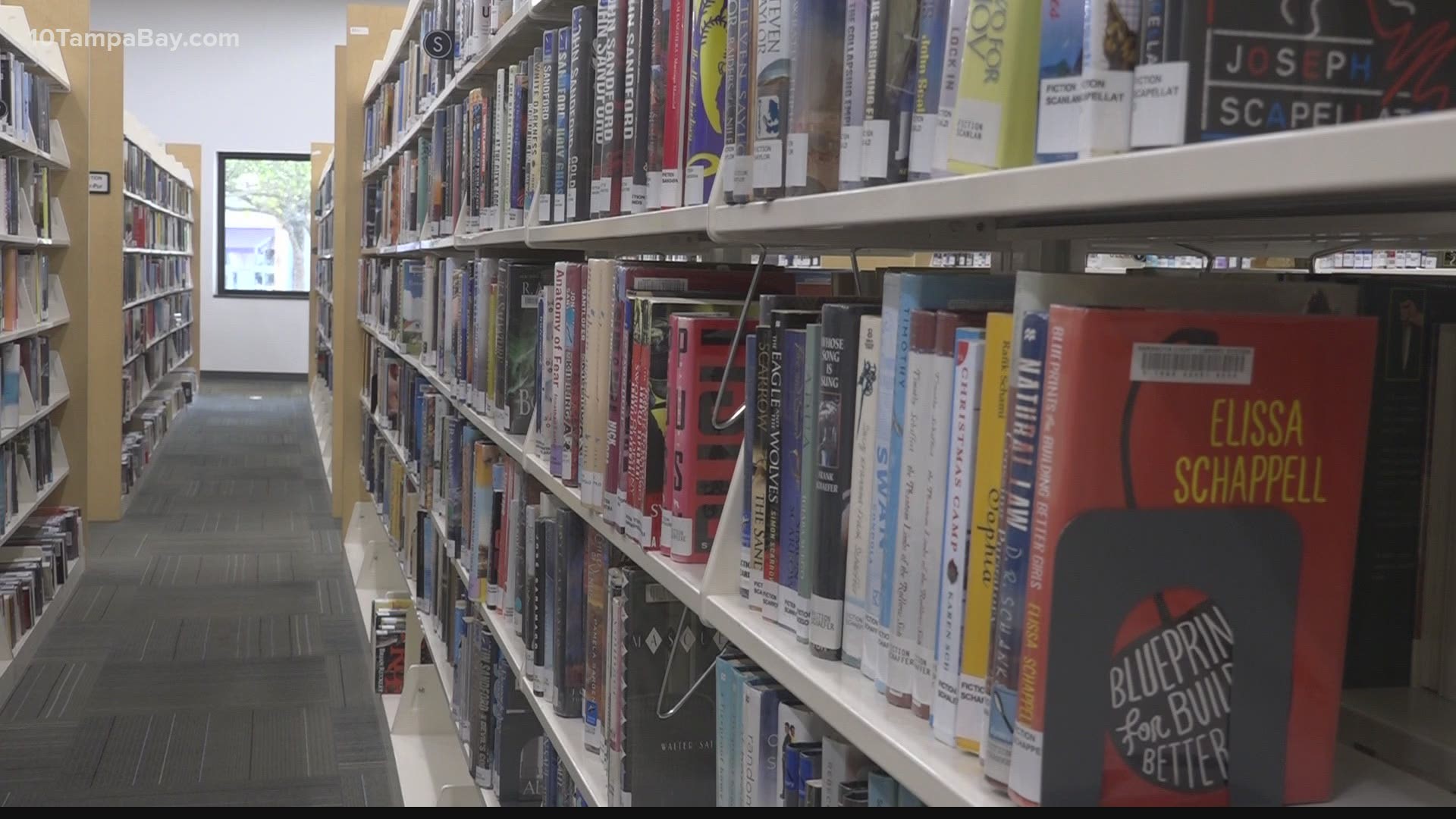 SARASOTA COUNTY, Fla. — Editor's Note: This story has been updated with additional sourcing and links.

Sarasota County Libraries are rolling out a new program later this year to help families in need of internet.

“Over the past few months, we’ve been working on starting a mobile hotspot lending program which basically will allow patrons to come into the library, use their library card and check out a hotspot to be used at home,” said Andrea Taylor, the technology coordinator for Sarasota County Libraries and Historical Resources.

The Sarasota Herald-Tribune says 11 mobile hotspots will be assigned to each one of the library system's 10 branches. People will be able to check out the devices, which come with instructions, by this December.

Libraries were forced to close at the start of the pandemic. And, people without home Wi-Fi were left without one of their primary options. And, that sparked the hotspot check-out idea, at least locally.

“We offer computers in the library for patrons to use and we also have free Wi-Fi in the libraries,” Taylor said. “We did notice when we were closed that patrons still came and they sat just outside the library in their cars to use the Wi-Fi, so that was kind of a kickstart for us to start looking into it.”

It may be a new idea in the area, but different Florida library systems have already had hotspot initiatives, the Herald-Tribune explained. And, even more libraries do nationwide.

“It’s actually been around in libraries for quite a few years now, but more so we’ve seen the need in the last eight months or so when the libraries closed,” Taylor said.

Taylor hopes these mobile hotspots will start helping to even the playing field.

Taylor says she and some others in the library system are testing out the devices and should have them ready shortly after Thanksgiving.

Breanna Yancy plans to take advantage of this program once it starts.

“It’ll help anybody at home, that are working from home,” Yancy said. “And I know a lot of people are cut with finances and things of that sort so I think that would be a tremendous help to a lot of families that can’t afford the Wi-Fi.”

Yancy says it was be especially helpful in Newtown, where she lives, where internet access isn’t as reliable. She experienced that when her daughter was trying to do eLearning at home.

“We had a lot of instances where there was a lot of outage going. Coincidentally, because before we didn’t have this problem but ever since they’ve been home from COVID we’ve had a lot of technical issues,” Yancy said.

“We have to call the technician, we have to start everything over and they have to come out and fix it,” Yancy said. “It’s a pain but I think the mobile hotspot would be really good.”

The hotspot program, which was funded by an endowment, cost about $16,000, the Herald-Tribune reported.

RELATED: How to bridge the political divide in relationships