Bay Area Dream Defenders hosted the event which also included a vigil to honor the lives of those who have died at the hands of police. 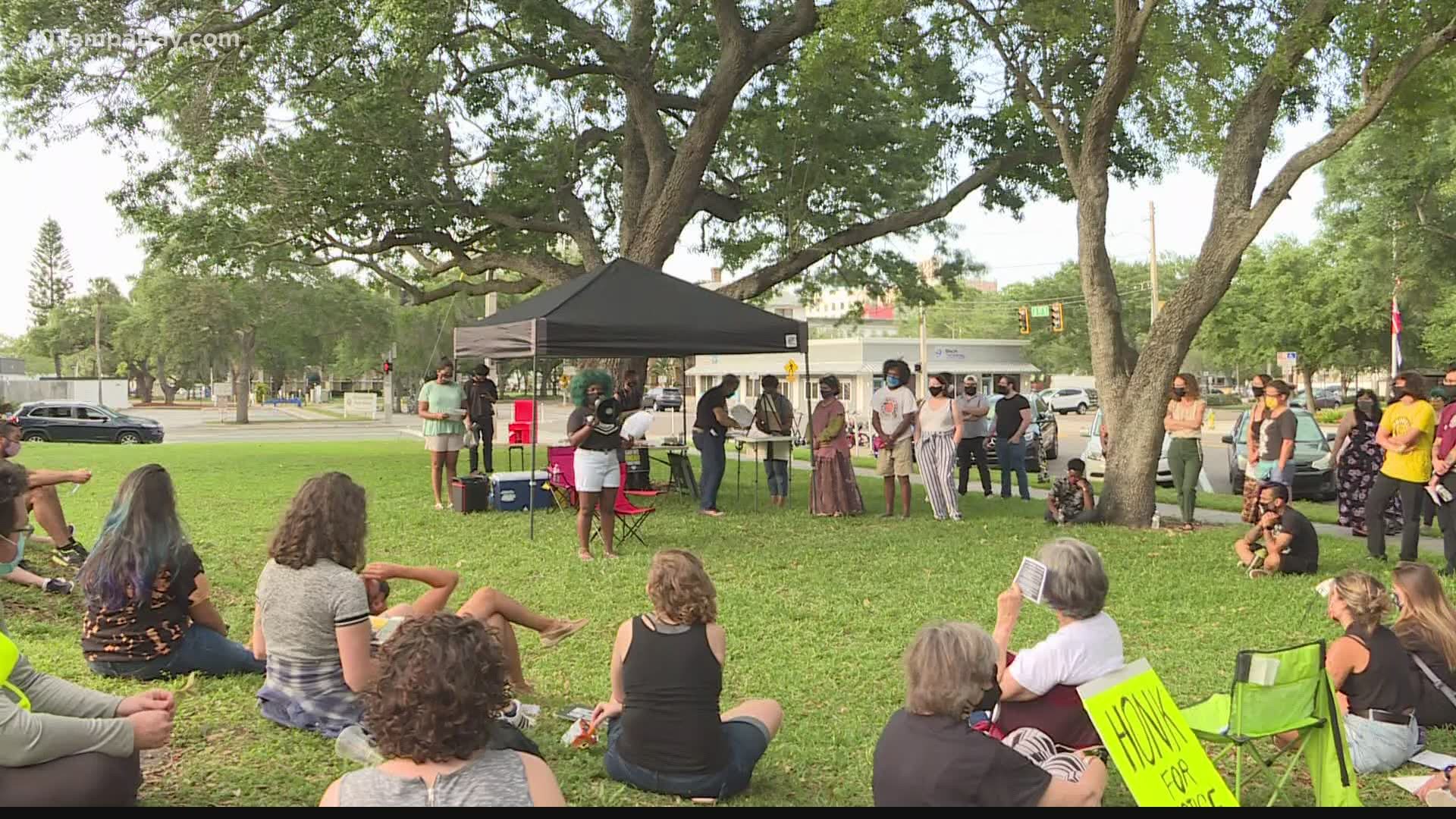 ST. PETERSBURG, Fla. — This weekend was filled with events that included calls for police reform and racial justice.

Around Tampa Bay, there was another topic hovering over those conversations, the new anti-riot law signed by Florida Governor Ron DeSantis.

The Bay Area Dream Defenders gathered in St. Pete to talk about that controversial law.

The law, signed by the governor this week, gives police broader arresting powers and toughens the penalties for those involved in gatherings that turn violent or disorderly.

"And so we want them to know more than anything else, that their rights are not stopped by this bill. Because they can still protest, they can still march. They just have to be aware of their own safety while they're doing so," said Scott Horn, a legal observer who ran part of the educational session.

Educators spoke about avoiding conflicts, not engaging if agitators try to gain attention and more.

"It was important for people to recognize what they can and can't do and a city that is very politically active. We don't want anybody to unintentionally criminalize themselves or others by doing things that would be illegal under this new law," said Deja-Denice Sherrod, the St. Pete lead organizer of the Bay Area Dream Defenders.

Attendees were grateful for the training but admit there is still fear around future protests.

"I do want to attend and participate. But to sit here and tell you that I feel comfortable in that it would be lying. It is uncomfortable. It is scary, especially with the new bill that has been passed," said attendee Theresa Frost. "But that scariness, that fear, and uncomfortability [sic] is nothing in comparison to let my Black and Indigenous siblings feel every day in the system that has been built."

The night ended with a vigil, repeating the names of people of color who died at the hands of police. It was a reminder of why the activism continues.