The Skyway Vertical Net project will begin construction over the summer. 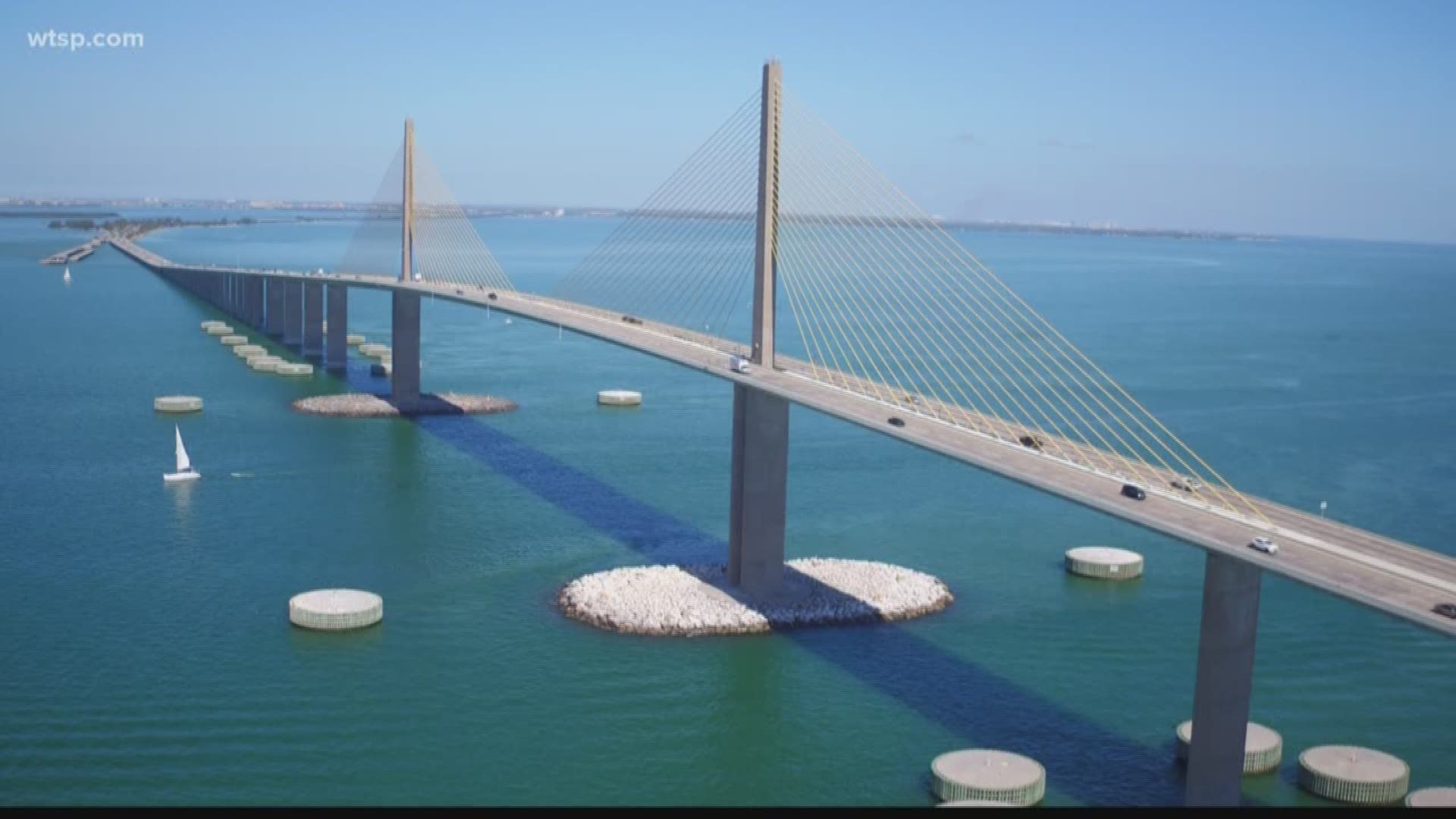 Editor's note: This story contains statistics about suicide. If you or someone you know is struggling or considering suicide, you are not alone. And, there is help available right now.

Tampa Bay locals and grieving families have been asking for years for authorities to come up with a way to prevent people from jumping off the Sunshine Skyway Bridge.

"I never thought it was actually going to happen. So many people seem to rally against putting up barriers," Tiffany Mills.

She's struggled with mental health issues since the sixth grade and has been fighting for a barrier to stop people from taking their lives on the Sunshine Skyway.

On Thursday, the Florida Department of Transportation announced it will install the Skyway Vertical Net in an effort to deter suicide attempts.

"People will have issues, but hopefully they'll seek help instead of going to the bridge," Joe Jacobsen said.

Jacobsen is the district structure maintenance engineer for the transportation department. He said the barrier will be installed on the outside walls of the Skyway Bridge and extend vertically 8-feet from the side barriers. It will stretch each side of the bridge for about a mile and a half and is estimated to cost $3 million.

"The money will be coming from the tolls and it's already been funded by the toll system from the bridge," Jacobsen said.

Construction is expected to begin over the summer and last approximately 120 days.

RELATED: Suicide and the dark side of the Sunshine Skyway Bridge

According to state records, about a dozen people die each year after jumping off the bridge.

FDOT said it talked with engineers and agencies around the world to learn what others are doing to stop suicides on bridges.

In April 2017, workers at the iconic Golden Gate Bridge in San Francisco installed a net under the bridge to deter suicides. At the same time, locals again asked if FDOT could install similar safety measures on the Skyway Bridge.

FDOT said it struggled to find effective safety measures while also preserving the history of the bridge and allowing proper inspections to continue as needed.

The agency previously installed other deterrence methods like crisis hotline phones and on-bridge cameras. It put up signs with resources for those who are struggling and began funding 24-hour trooper patrols.

The agency says new technological advances have made it possible for it to create and install the Skyway Vertical Net. FDOT says it should be finished by early fall. People are just hoping this effort will save a life.

"Someone might still try to climb and jump if they're determined, but at the same time that 8-foot fence gives somebody that time to think about it again. It gives time for someone to pull over and talk someone off a ledge literally," Mills said.

If you have suicidal thoughts, you are not alone. And, there is help available. Contact the Crisis Center of Tampa Bay at 211 or the National Suicide Prevention Lifeline at (800) 273-8255.