This is why there are swastikas at a local VA hospital

A 10News viewer was shocked to see the symbol in tiles at the Bay Pines Medical Center in St. Petersburg. He sent us photos and asked us to investigate. 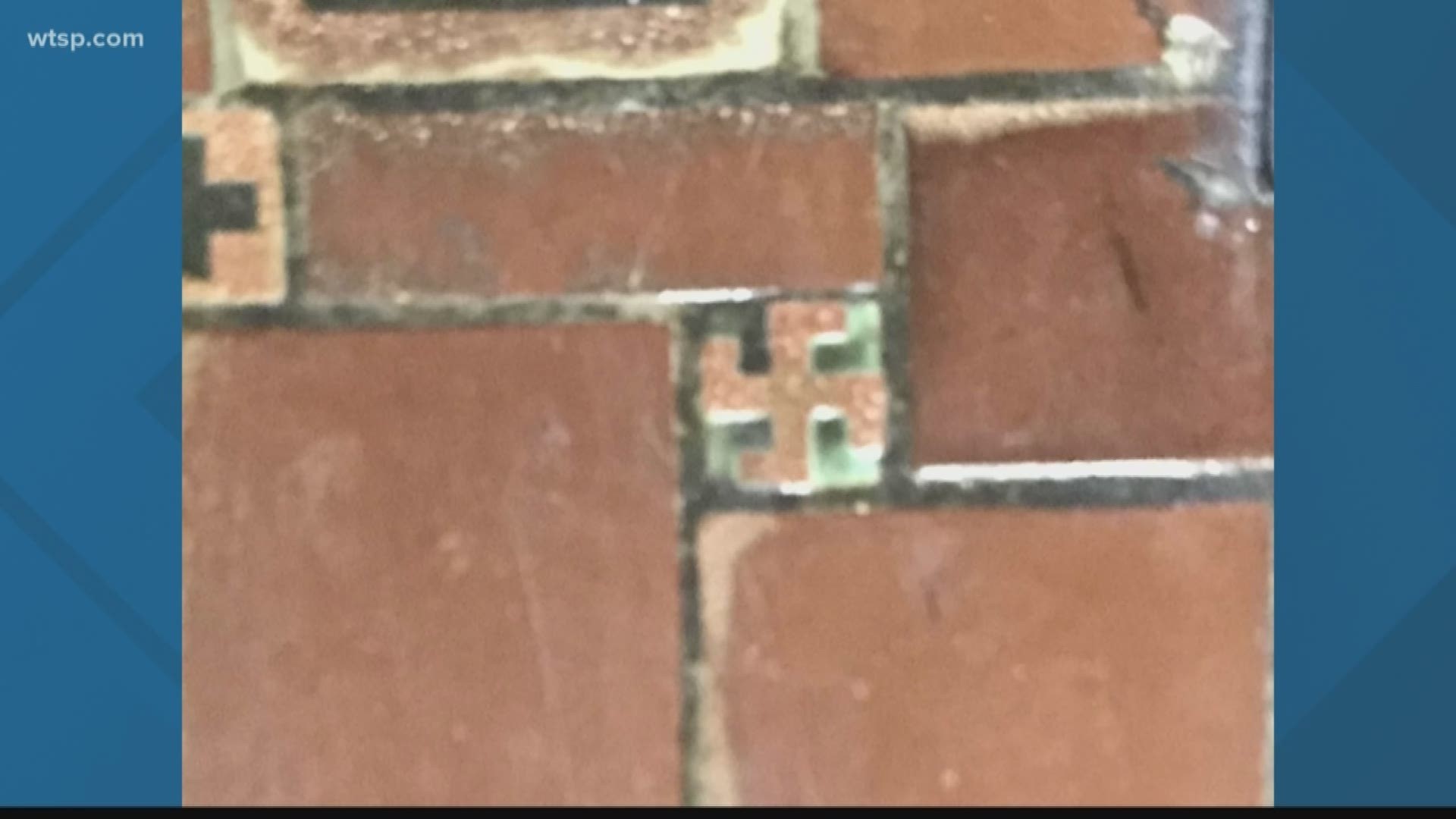 Swastikas at a local VA hospital? At the very least, it would catch you by surprise. Some veterans might be downright offended.

A 10News viewer was shocked to see the symbol in tiles at the Bay Pines Medical Center in St. Petersburg. He sent us photos and asked us to investigate.

“The initial reaction I think would be shock as to why is this here,” Retired Command Sergeant Major Larry Jasper, who is also the commander of the Jewish War Veterans Post 373, said.

Jasper spent three decades in the Army and earned two Purple Hearts. He had never heard about the tiles at Bay Pines, but when we showed him, he wanted to learn more.

We did some research and found they're from before World War II, and so is the building. It was finished, complete with the tiles, in the early 1930s.

At that time, and for thousands of years before the Nazis, the swastika was a symbol that meant good fortune. Knowing that the tiles don't bother Jasper.

“I would say it should not be touched,” he said. “It's a historical item. It had nothing to do with Nazi Germany, and I would not advocate its removal.”

Jasper added there should be some sort of plaque or marker explaining that context. Bay Pines told us that's one option they're considering. They're also looking into removing the tiles completely. That could be complicated because the building is on the National Register of Historic Places.