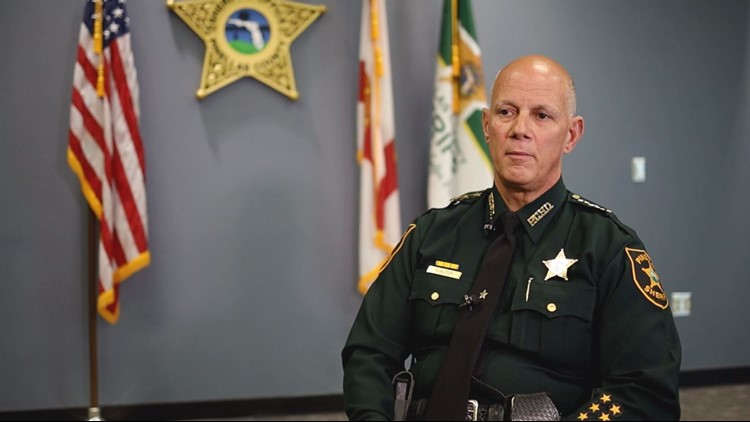 LARGO, Fla. — After the shooting at Marjory Stoneman Douglas High School claimed 17 lives, a commission was formed to identify and improve school safety standards across the state of Florida.

"I think we've made a lot of progress over the last two years, but we're still not totally where we need to be. There's still a lot of improvement that needs to be made," Pinellas County Sheriff Bob Gualtieri said.

The commission was able to push a sweeping school security bill into action, requiring schools to have armed guardians on campus, report safety incidents and create a suspicious activity reporting system, among many other changes.

Two years after the tragedy at the Parkland, Florida, high school, Gualtieri took a moment to reflect on what's changed.

"The biggest lesson we learned is that we were not as prepared as in the schools, in overall safety and security," he said.

"The unfortunate reality is it's going to happen again. The question is when and where," Gualtieri said.

That's why he says law enforcement, schools and legislators need to push harder to improve on the safety measures that are already in place and not pile on new measures.

"We don't need bold new initiatives. We need to make sure we improve on what's already in place," he said.

Two years after Parkland, Gualtieri says these are the most important improvements: threat assessment teams need to be more robust and active in every school, armed guardians need to be well-trained and more plentiful, school campuses need to be more physically secure, alarms and alert systems need to be working, different agencies and departments need to be able to communicate clearly and schools need to conduct frequent and effective drills.

"Nobody should forget this. Everybody should remember this, at Stoneman Douglas High School in Broward County, Florida. On February 14th, 20 years after Columbine, six years after Sandy Hook, they had not done one active shooter drill on that campus in the year before this event. Nobody knew what to do, how to do it, when to do it, why to do it...because there were no policies in place," he said. "There were no drills 20 years after Columbine. People can't have a short memory about this and there's still a lot of room to do more, do better and this has to be sustained."

The sheriff says the Commission is currently in the process of scheduling its meetings for 2020. The group plans to start after the legislative session ends.