His goal is to show support for the President by doing something positive in the community. 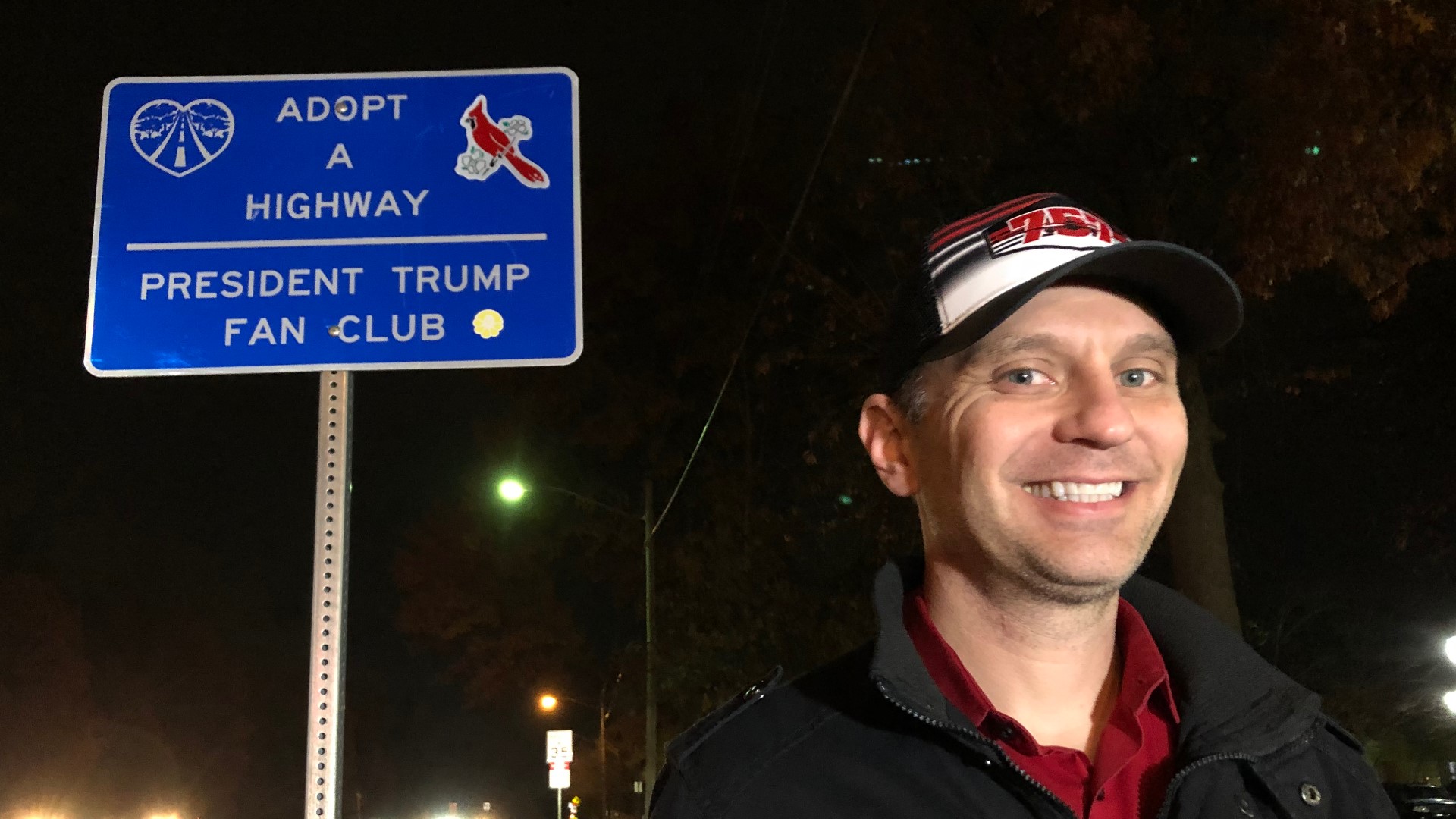 BURKE, Va. — Along hundreds of roads in Virginia, drivers will see blue "Adopt a Highway" signs scattering the sidelines.

They're the brainchild of Nick Umbs, a lifelong resident of Burke, Virginia.

"I noticed that Trump is getting so much negative publicity," Umbs said. "I know that this is a really blue area, and so I just want to show that there are people who live here that support Trump, and that are willing to go out and clean up the roads and do something positive for the community."

To earn the signs, he has to pick up trash along the nearly four miles of roads he's adopted twice a year. Umbs said, typically, he'll collect one to two bags worth.

The name was a clear public message of support from Umbs, in an area known to stay blue.

Fairfax County voted Democrat in the last four presidential elections, according to Virginia historical data. In 2016, Hillary Clinton earned 64% of the vote.

The democratic pull remained strong during the recent blue wave, when both the state senator and the state delegate swept the votes, with 90% and 72% respectively.

"I kind of saw it coming," Umbs said.

The wave just acts as fuel for Umbs, who plans to continue adopting roads throughout the county.

Jennifer McCord, a spokesperson for the Virginia Department of Transportation said that besides the 40 character limit, there are no public regulations on the names volunteers can request. So far, VDOT hasn't had a problem.

McCord said Northern Virginia has 968 routes adopted, with volunteers in Fairfax holding more than 300 of the permits issued.

You can see which roads have been adopted--and the signs marking them--on this map VDOT provides.

Umbs has adopted one mile of Burke Lake Road, part of Ox Road in Lorton and part of 123 near the bridge into Occoquan.

He is also working on adopting a section of Rolling Road.

One of the roads bears his and his friend's names instead of "President Trump Fan Club," because the project started three years ago as a way to give back.

He put up the first fan club sign about a year ago.

"I really like President Trump," Umbs said. "I really feel like he follows through with what he says, and number one that he absolutely loves the country… and if I have to clean up trash to show my support, I’m willing to do that."

WUSA 9 polled some drivers to see what they thought of the signs, and most were indifferent to the name.

"As long as he wants to do something good for the community, it’s fine," David Gary, who identifies as a Moderate Republican, said.

RELATED: Virginia Democrats win control in both state Senate and House of Delegates