Relocation will not happen right away. 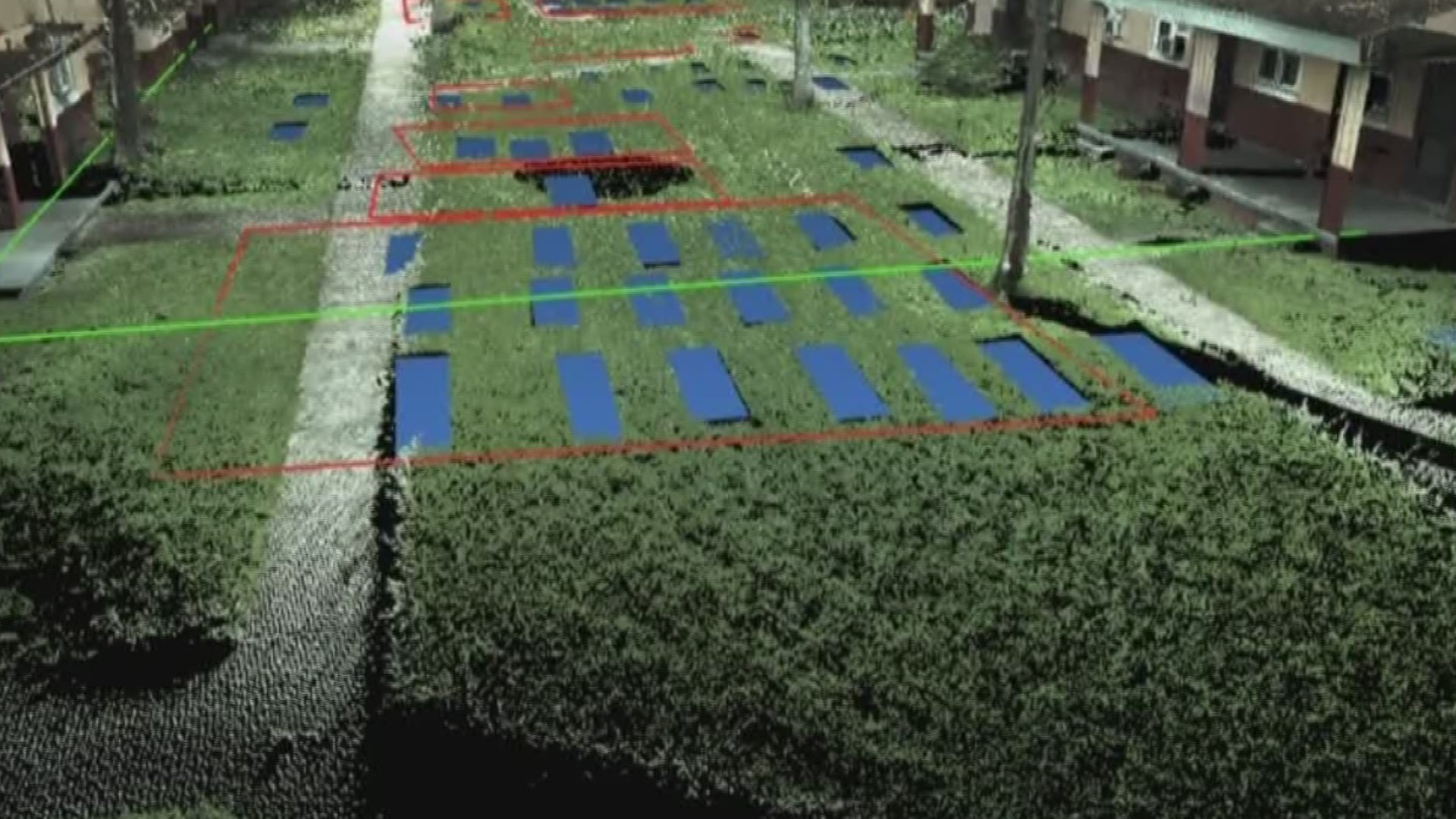 TAMPA, Fla. — The Tampa Housing Authority said on Friday the discovery of Zion Cemetery underneath the Robles Park Village property has accelerated the plan for the redevelopment of the entire community.

"Robles is the last of our big eight, stigmatized, barrack-style public housing that is now obsolete and will not carry us for another 20 or 30 years,” said Leroy Moore, Tampa Housing Authority COO. “Therefore, it's inevitable that we need to redevelop this site."

Moore said conversations about relocation, demolition and creating a new master plan were not set to happen for at least another year, but because of Zion, those conversations are happening now. An investigation from the Tampa Bay Times helped lead to the discovery of the cemetery.

“Hopefully this time next year, we will be much further along in the design and site planning and master planning process for the broader redevelopment of Robles Park Village,” said Moore.

"For the last couple of months now, we've been adjusting to the discovery of Zion Cemetery and trying first and foremost to get these 32 families relocated to other housing so we can free that land up. We hope to actually follow that process a little further beyond just relocating the families, and also try to reconstitute the other two parcels of what was Zion Cemetery so that we could actually then have a plan to incorporate 2.5 acres Zion Cemetery into the broader redevelopment of Robles Park Village,” he said.

Moore said it’s too early to have solid details on what redevelopment will look like for Robles. However, using other major redevelopments THA has done over the years as a guide, he said it will be a mixed-use community with at least 433 low-income units to replace the current homes at Robles, plus an addition of market-rate and workforce housing.

“We're actually in the process now of selecting architects for the next three years for the housing authority,”  Moore said.  “These are…architect contracts that we go out for every three years, but one of these three architects will eventually be tasked with the process of helping us reimagine Robles Park Village.”

The conversation is a welcome one for residents, who say it’s time for change. Neighbors hoped the redevelopment at Robles Park would have started years ago, but that redevelopment is happening at North Boulevard Homes in west Tampa instead.

"North Boulevard was indeed a preference over Robles Park Village,” said Moore, who added that North Boulevard Homes were more than 80 years old and were also the largest public housing development in Tampa. It was also close to city-led redevelopment happening downtown.

“A big point of consideration when you're deciding on which site to do next is also what else is going on in that area. Will you be the only thing happening in that area, or is there a momentum in the surrounding community that would support and buffer what you are doing?” said Moore.

Moore said Robles Park had always been on the list for redevelopment and he understands residents’ desire to see the area rebuilt.

“The only way it's bad is the uncertainty when you go, when you leave. But other than that, it's like a God-send to be able to get up out of here to get to something better,” said Michael Randolph, who’s lived in Robles for about five years. Because of his proximity to the cemetery boundaries, he initially thought he was going to be one of the 96 residents to move. He packed up his apartment but later learned he would have to stay put.

“I was going through a mental breakdown at that particular point. I wasn't sure where I was going to move...so at that particular point, I was like mentally in chaos as to what happens next, although I know God has my back,” he said. “I'm happy it played out that I didn't have to move soon. At least I have some time to plan if they are going to move us.

Moore said relocation will not happen immediately. The first priority is moving families living on top of the cemetery grounds. It could be around 2021 when the relocation process gets underway at Robles Park.

RELATED: Neighbors living on forgotten Tampa cemetery will be relocated