Jay Speights was a typical family man in suburban Maryland. Then, a DNA test changed everything. 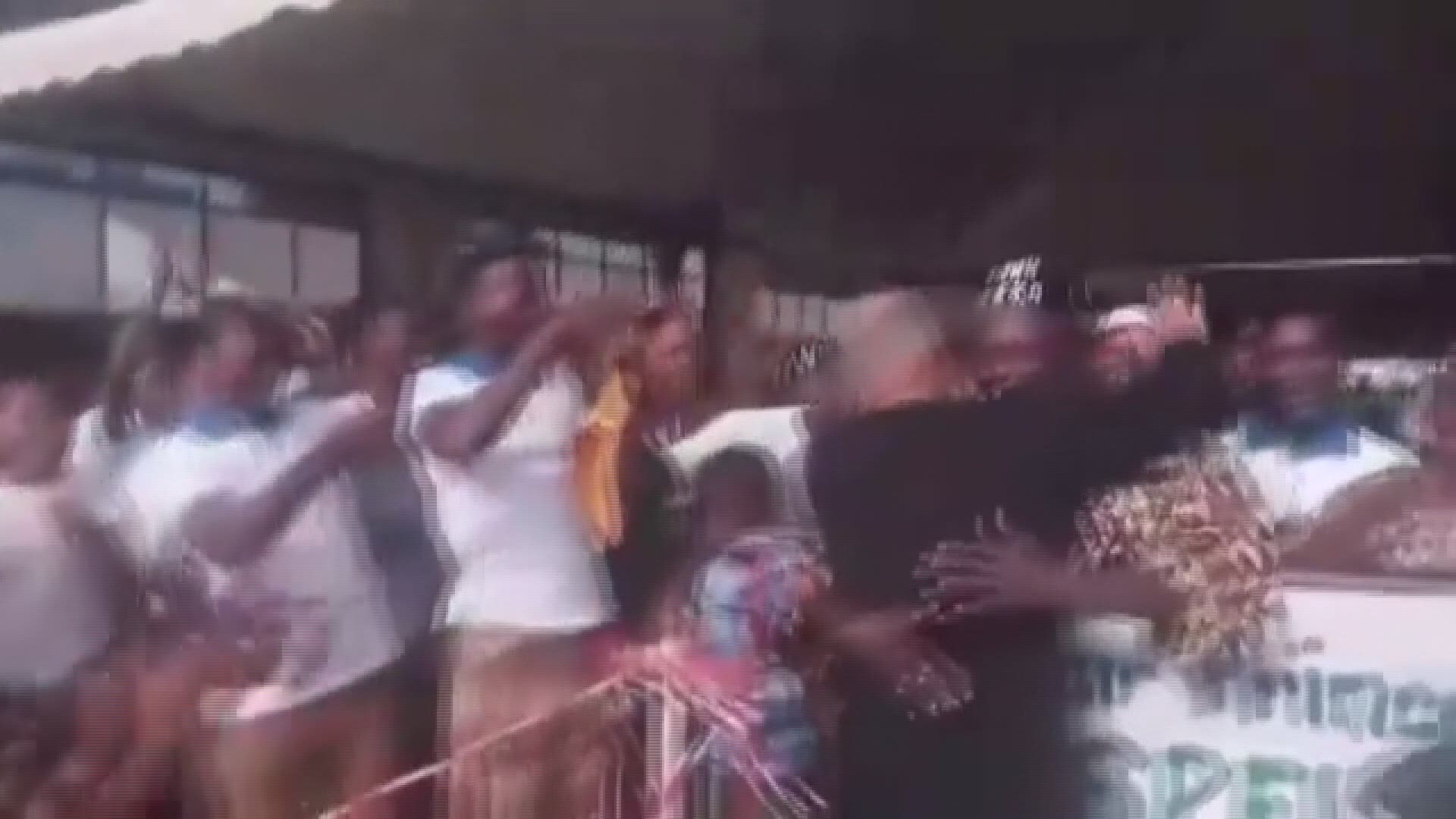 WASHINGTON — Jay Speights was a typical family man living in Rockville, Md. when the results of a DNA test set off a remarkable journey that would take him across the globe and put him face-to-face with kings and queens. By the time it was all over, he was African royalty.

The Start Of A Journey

It all started with a push from his father, to look into their roots.

"My dad said he wanted me to finish that work that he had started," he said.

When Jay's father - Henry - passed away, the search gained another level of urgency. Soon he started looking to sites like Ancestry.com, with the help of his patient wife.

"Many nights she would tell me to turn off my iPad in bed," he laughed. "On Ancestry.com, I'd say 'look at this fella. He might be related.' And she would say 'shut and go to sleep.' At one or two in the morning."

Eventually, Jay had his breakthrough. He looked at an online database called GED Match Genesis, and found a match to someone named Houanlokonon Deka, in the royal family in Benin, a small country in Africa, just west of Nigeria.

"Immediately I thought of my dad," he said. "I made the connection."

RELATED: 'Nobody ever wants to think about being related to a killer': Ga. woman's DNA linked relative to 1980 rape and murder

From there, one big question remained; How in the world do you track down an African royal family? Jay found his opportunity when a religious leader from the country was visiting. He showed the DNA results to an aide, and much to his surprise, the aide passed along the contact information for the King, Kpodegbe Toyi Djigla.

"The next morning," he said. "I called him, and click. I guess you don't cold-call the king."

Things went a little smoother when he called back, and spoke with the queen, Djehami Kpodegbe Kwin-Epo, who understood English. She gave him an email address, and asked him to write. 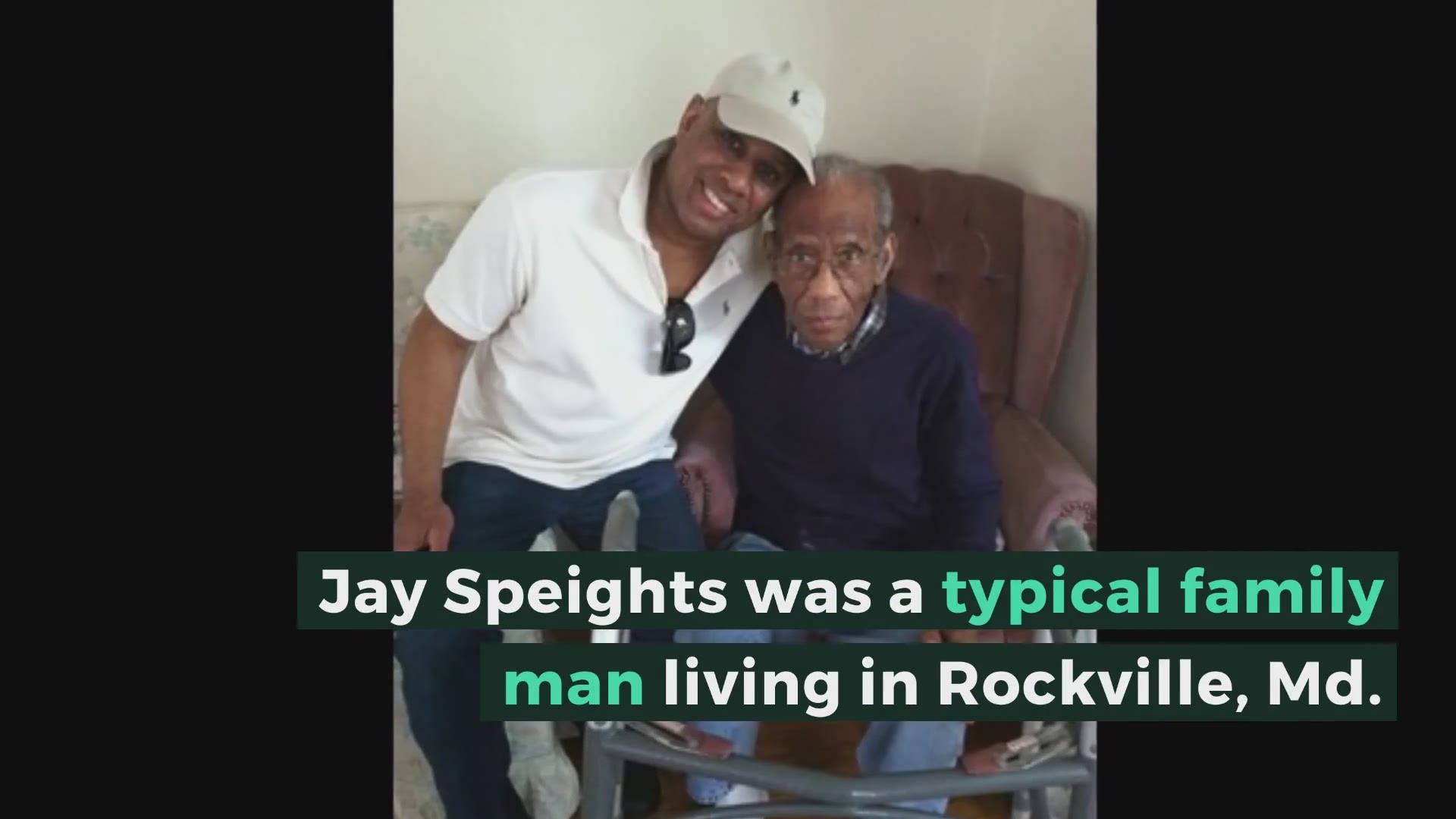 Immediately the gravity of that message resonated with Jay, and so he turned to his wife.

Speights then journeyed across the ocean, more than 5,000 miles to Benin. He planned the trip so that he would arrive on Jan. 6, his late father's birthday.

At the airport, he was met by hundreds of people.

"People were just clapping, chanting, cheering," he said. "It was an unbelievable moment. I almost cried. I did cry later because it was overwhelming. There were many tearful moments... When we got in front of the palace, I just sat there for a moment. Just like 'wow. This is too much to take in."

The Surprise of A lifetime: 'I'm royalty. I'm a prince.'

Throughout it all, his father was on his mind.

"I felt my dad was walking with me," he said. "I could see his face. I really felt his presence."

Once he reached the palace, the rituals began. He walked around the palace three times, to signify a return. He visited ancient shrines, and a village over 1,000 years old. He was enthroned, to formally become a prince.

RELATED: DNA unlocks cold cases by 'predicting what someone looks like'

Credit: Jay Speights
Jay Speights being enthroned on his trip to Benin.

He was also given a name by the king: Videkon Deka.

It can be roughly translated to "the child who came back."

While traveling through the ancient kingdoms of Benin, he found himself at times overwhelmed with the emotion of it all.

"I guess the most beautiful thing was to sit in my family lodge," he said. "And look at cheek bones, heads, gaps of teeth. And I felt like I was looking at hundreds of cousins, as I walked through that village. You could see it. You could feel it. There was a feeling of groundedness."

Another emotional moment for Jay was on the second morning. He heard a knock at his door at 5:30 a.m., and outside was a man with a message from the queen.

"He says 'prince, the queen has sent these clothes to you.' I was like 'I'm like Eddie Murphy....' And let me tell you this. I went to Howard University in the '70's. So I was always Afro-centric. Always had some African attire, but to put on the attire of my kingdom. Things that are from right there, made by my family. That was a priceless feeling."

The journey also awakened Jay to some uncomfortable truths. Benin had one of the largest slave ports in West Africa, and Jay's royal ancestors likely played a role in putting people in chains. Jay said this was an unavoidable fact from his families' past, although some of his Benin relatives disagree.

"They don't see their role in what resulted in the Mid-Atlantic slave trade as being related to slavery. They sold what they say are 'rivalries.' They sold captives of war. I say regardless, we ended up in the same place."

This realization has lead Jay to reflect in new ways.

"There's this tension that exists within me that I need to reconcile," he said. "And the only way I can reconcile this - And I think other African Americans have to - is get to a point of forgiveness. After all, if you can live here in America, you are walking by the descendants of slave traders and of slave owners every day. You probably work with them."

Credit: Jay Speights
Jay Speights praying at a mass grave for slaves who died before departure

Eventually, it was time for Jay to leave Africa. After six long days, he left his royalty behind, and flew back to his other home. There, it didn't take long until his wife brought him back to earth.

As he reflects on his voyage, he said his message to his father would be simple.

"I found us," he said. "And I completed your work. And that's special to me."